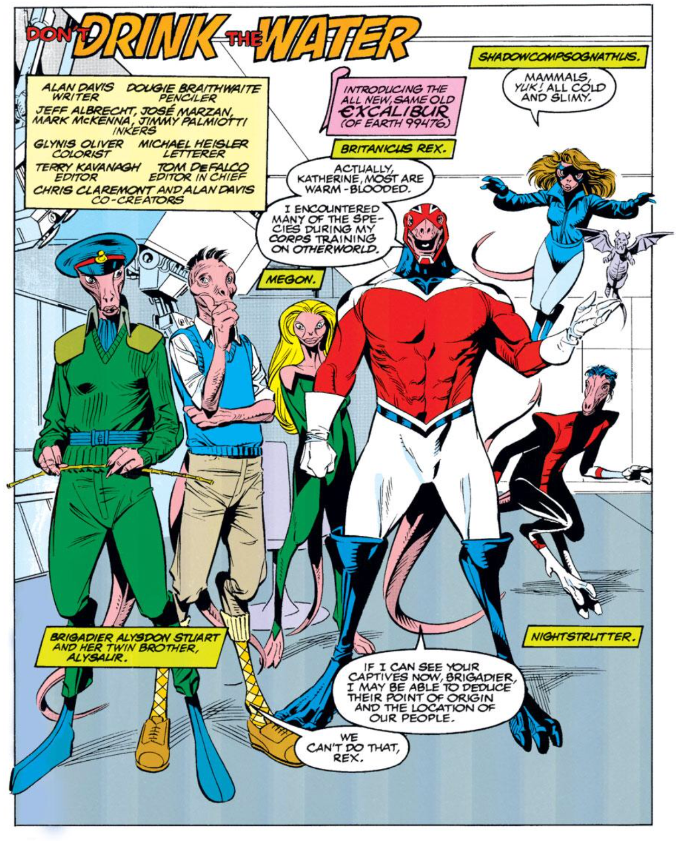 I really don’t’ like this comic.  Fortunately, nothing really important ever happens in it.  In fact, issue #51 fights for its own irrelevancy by taking place entirely in an alternate reality with Excalibur barely appearing.

Then in #52, we pick up with the storyline of Rachel Summers struggling against the Phoenix force.  Professor X comes by to help.  As a result of his psychic work with Rachel, we get a long history of the Force and what it has been doing through history.  If you want that kind of backstory, this isn’t a bad issue to get it in. 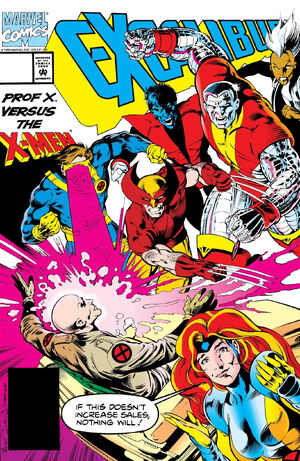 The cover to issue #52 acknowledges that this book isn’t very good.  The X-Men don’t appear in the book, except as part of the flashbacks/history of Phoenix Force.