I think this is a case where the character was retroactively made canon but this particular series is not, but I’m honestly not sure.  It’s a standard private eye story.

It’s the rare example of a female-written, female character who debuted in a self-titled book.  I can’t think of any other such book from Marvel in the 1980s.  Or the 1990s, for that matter.  I can’t think of one until Gail Simone’s Agent X in 2002.

Incidentally, this wasn’t a miniseries–it was cancelled abruptly, and in a rare moment of corporate honesty, Marvel told us so in the last panel… 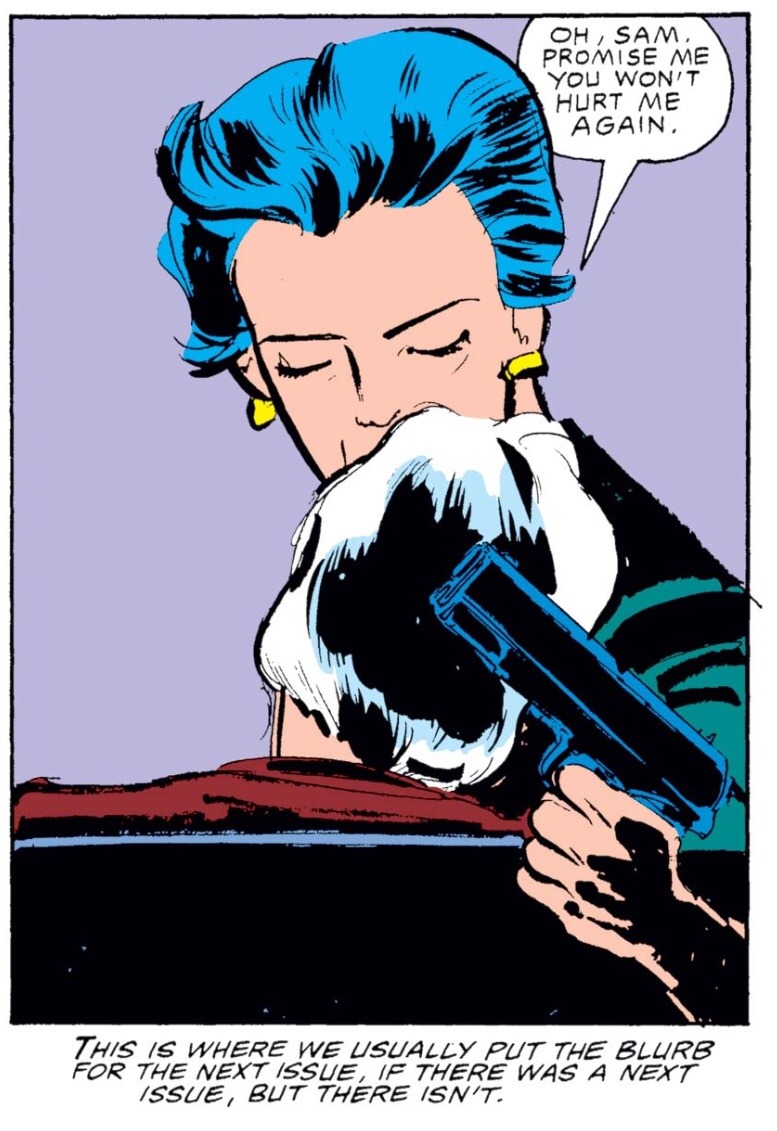 And since this is a girl-comic, it has to have fashion aspects… 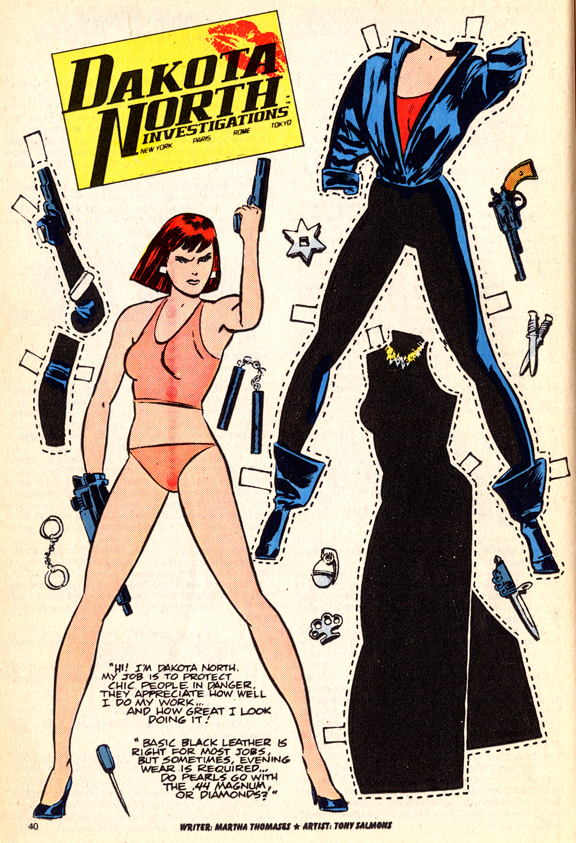