This is the story that deals with the consequences of Marvel Boy killing his own father, which he did as a reflex in response to his dad’s abuse.  He’s represented by Foggy Nelson and Matt Murdock at trial.  And The Thing testifies.

Lots of courtroom scenes–pretty well done at that–but ultimately he is found guilty of manslaughter and is sentenced to up to 3 years at The Vault.

Interesting to see a hero actually go through a trial, lose, and get sentenced to prison time.

It also covers Night Thrasher, who quit the team to join The Folding Circle.  We learn that Tai Chord is also known as Dragon’s Breadth, the leader of a so-named group of Cambodian magic cultists/revolutionaries dating back to the Vietnam War. Andrew Chord’s father was an American soldier who Tai seduced and then brainwashed into killing Night Thrasher’s parents, so Tai could steal all their super-powered babies.  They then grew up to become The Folding Circle.

So, Tai’s involvement from the beginning of this book was really all an evil secret plot to get Night Thrasher and Andrew Chord back into her (ahem) fold, called Folding Circle.

The New Warriors learn all of this and try to rescue Night Thrasher, who was recruited by Tai under false pretenses.  To replace Marvel Boy (on trial–see above) and Night Thrasher, they recruit another black guy, Rage, and also Darkhawk because his comic wasn’t selling great and Marvel wanted to see if this would boost it. 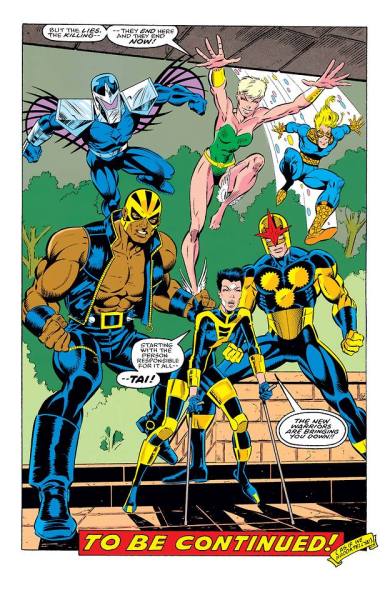 Here’s them visiting Avengers Mansion, where Rage resides as an Avenger-in-Training. 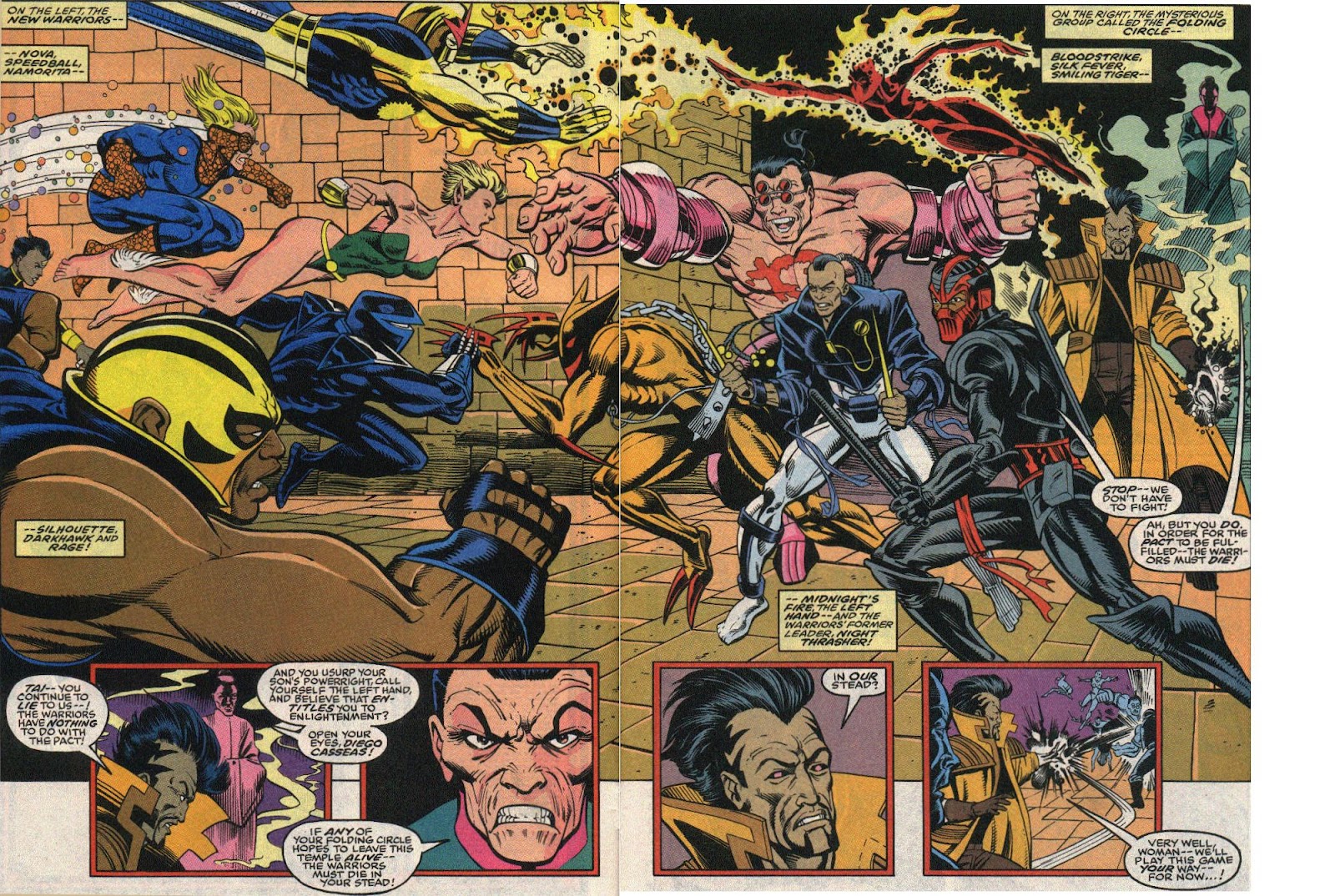 The big battle ends with Night Thrasher killing both Tai and Left Hand, the field leader of Folding Circle.