Captain Marvel finds a cocoon.  We actually see at the very end of the issue that it contains a redhead who is thinking, “Scott?”  So, technically, Roger Stern gets to break the big news.

But the real payoff is written by John Byrne, who tells us that it really wasn’t Phoenix who died on the moon….

John Byrne helped kill her, so it makes sense he gets the chance to bring her back… 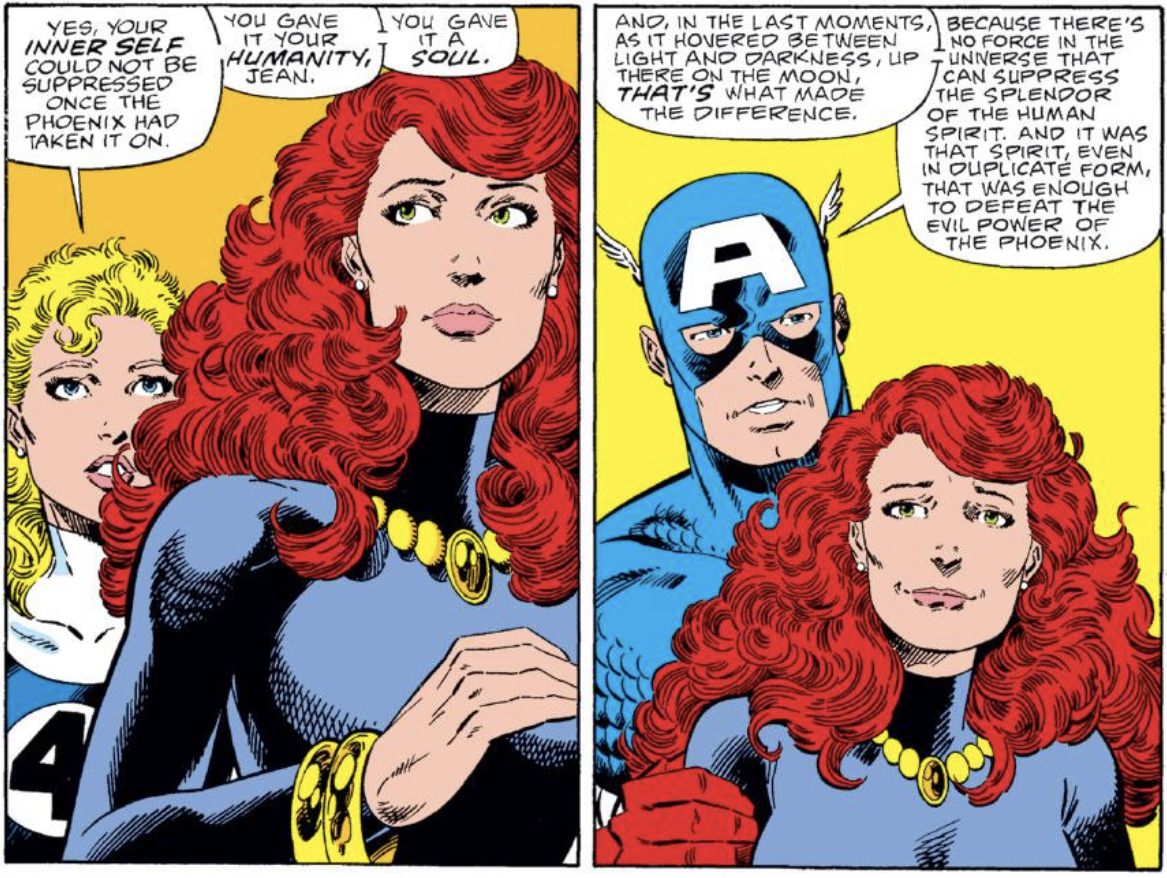 Although doing it in the pages of the Fantastic Four does seem strange.  However, when you realize that the main reason they revived her was so she could run off and play in the original X-Factor book with Cyclops, Iceman, and Beast, it makes sense: They didn’t need to sell X-Factor to X-Men readers, they needed to drive new readers to it.

The great Terry Austin returned as inker for this issue, which means that only Chris Claremont was missing from the writer/artist team that wiped Phoenix out in the first place.

In all, a very important issue and a pretty good one–albeit very wordy.

From here, Jean goes to X-Factor.

Note: Marvel gave props to Keith Busiek–then just a fan, not yet a comic book writer–who wrote a letter to Marvel with this idea on how to revive Jean Grey.