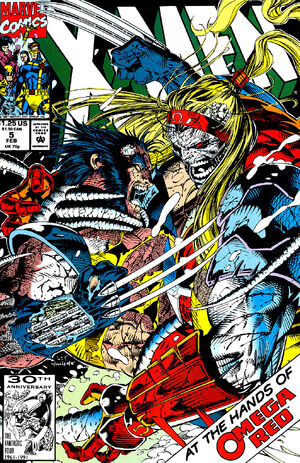 The transition of Chris Claremont out of both X-Men and Marvel is assisted by John Byrne, who writes issues #4 and 5 before Scott Lobdell takes over.  There’s some plot-seeding and watering, with Moira going back to Muir Island after her manipulation of Magneto’s psyche was uncovered last issue, Rogue and Gambit start dating, Dazzler and Lila Cheney are being brought into some Longshot drama (which provides the cliffhanger for the next story), etc.  But most of the story is about half the X-Men fighting Ninjas/Fenris (working for Omega) and the other half taking on Omega Red.  There are hints that he’s an old character, even if this is the first time we’re seeing him, and that he has a history with Wolverine.

This is also the first appearance of Maverick.  He knows Logan, but Logan doesn’t seem to know him.  And Sabretooth arrives to prevent them from getting acquainted. 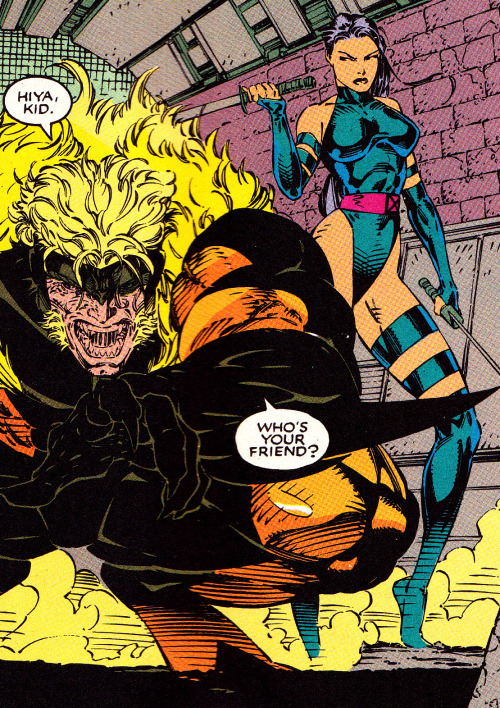 He tries to stop Logan from freeing the X-Men, who were captured by Omega Red.  They get captured a lot these days.  Then it’s more fighting. 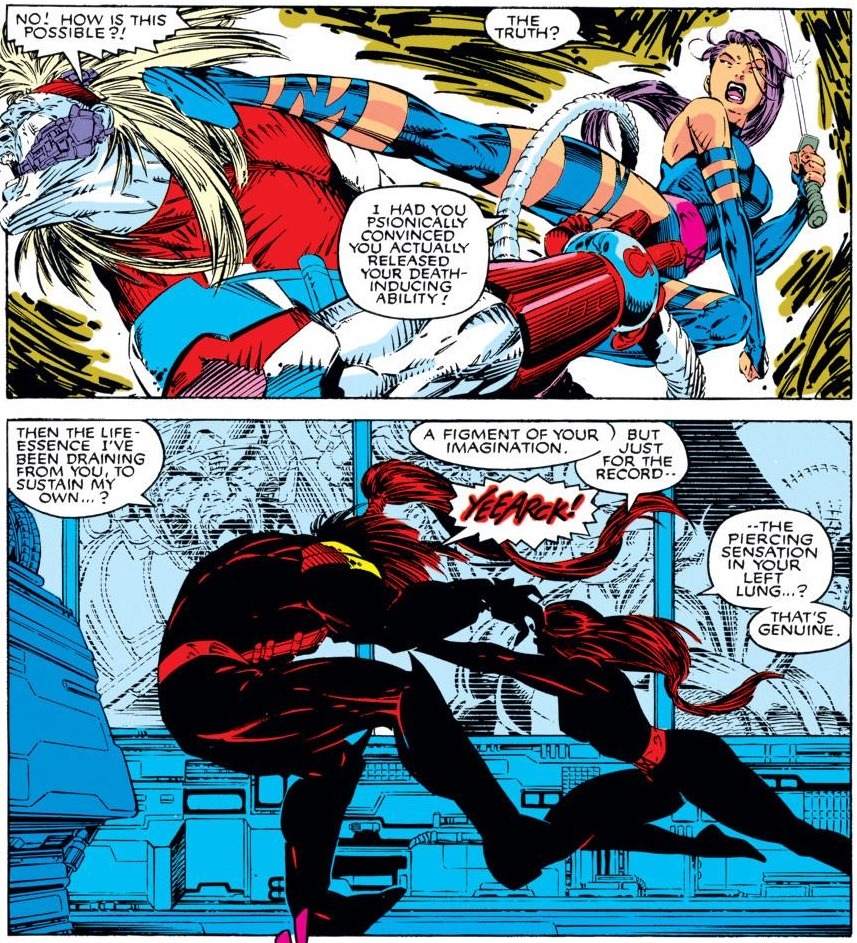