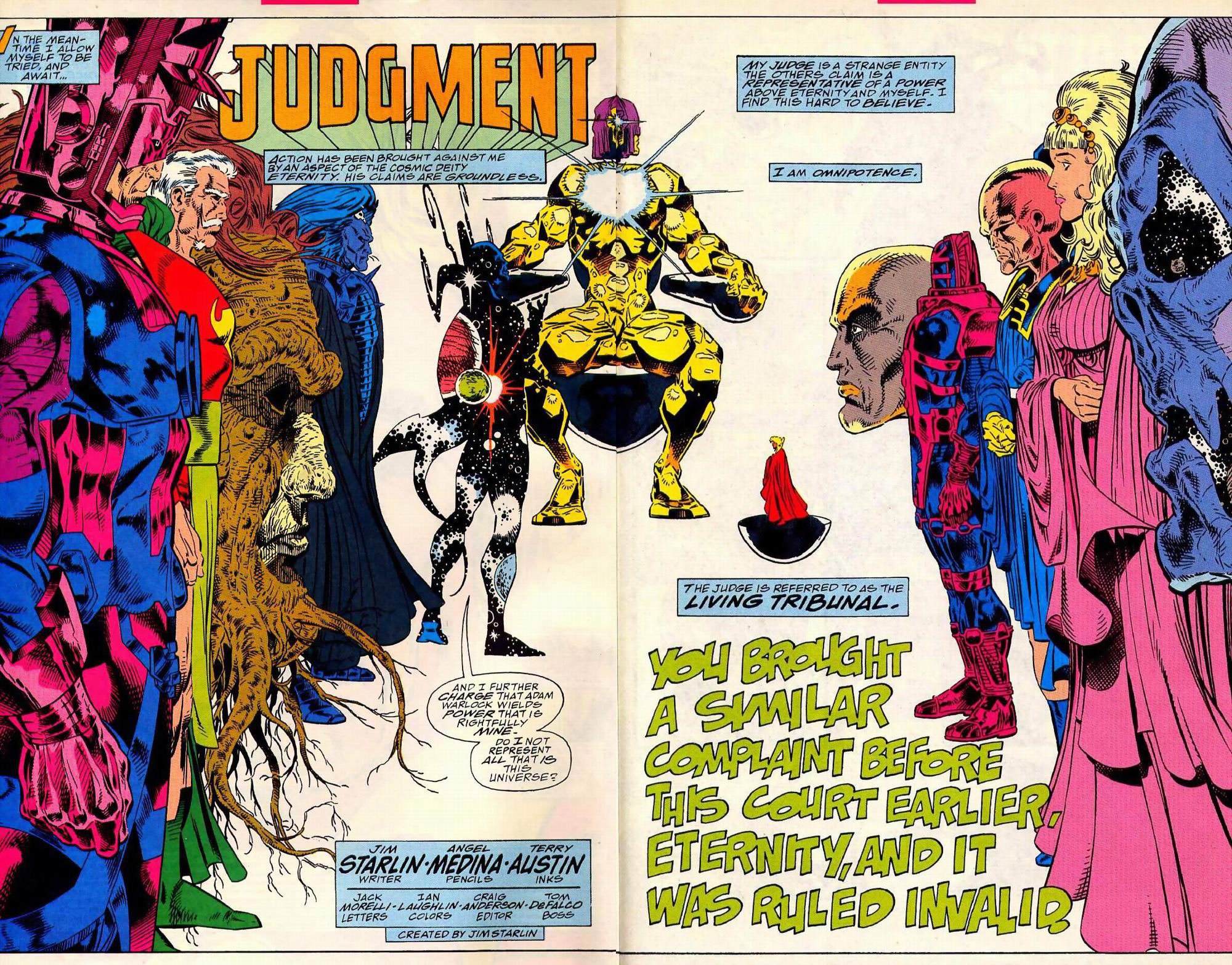 On the heels of his (fantastic) Infinity Gauntlet miniseries, Jim Starlin keeps playing with the cosmic toys he created for Marvel—and the toys that, for the most part, he is the only one able to write very good stories about.  When I.G. ended (and after a few postscripts in the pages of Silver Surfer and Doctor Strange), Adam Warlock was in control of the six-stoned glove.

Eternity is uncomfortable with that, so he calls upon The Living Tribunal for judgement, with a bunch of elders and celestials serving as jury.

Naturally, this leads to a recap of the stones’/Warlock’s recent history, something Starlin does frequently.  It’s helpful because the cosmic stories written by Starlin are usually very dense, and reminders can be helpful.  Plus, Shakespeare used recapping frequently, so Jim’s in good company.

It’s also an excuse for a lot of philosophy on the meaning of ultimate power, something else Starlin does very well. 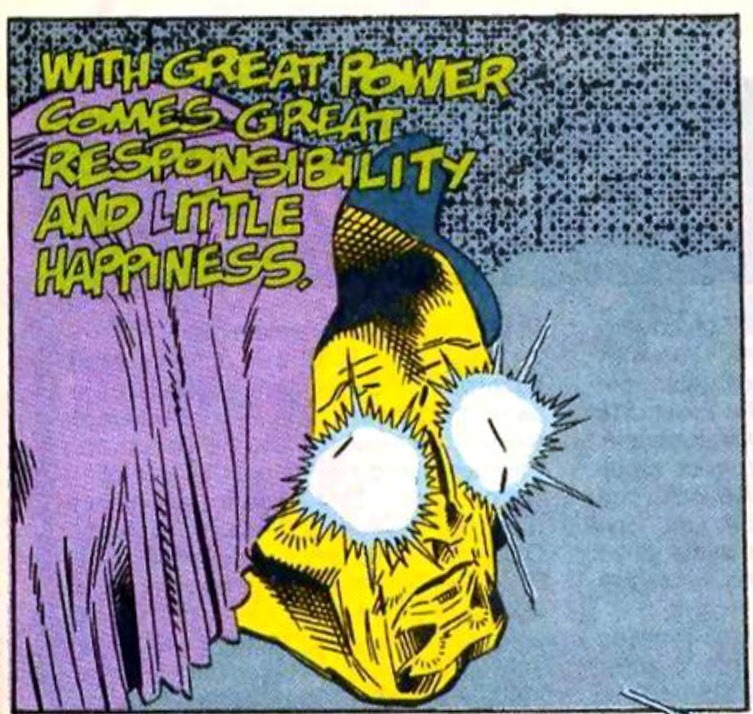 He rules against Warlock. 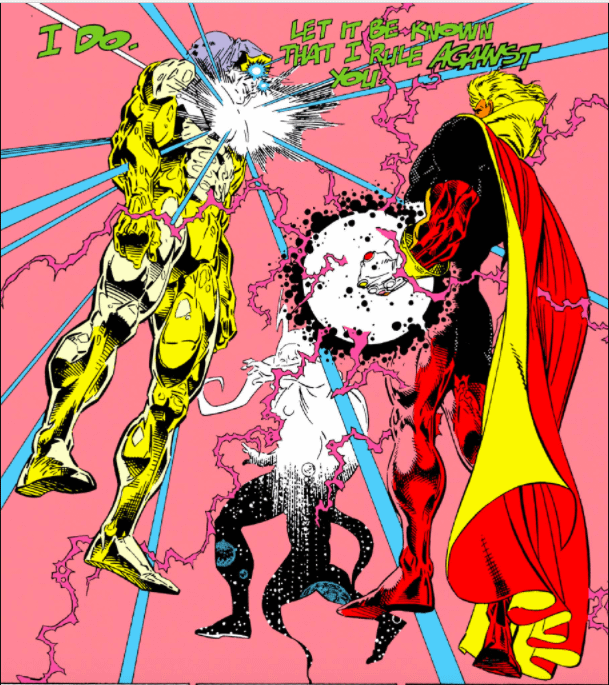 The verdict is that Warlock is too powerful with the gems, but instead of confiscating them, The Living Tribunal rules that Warlock has to travel through the galaxy and “shed” his Godhood by putting each gem in a unique location that can benefit from the specific gem’s power. 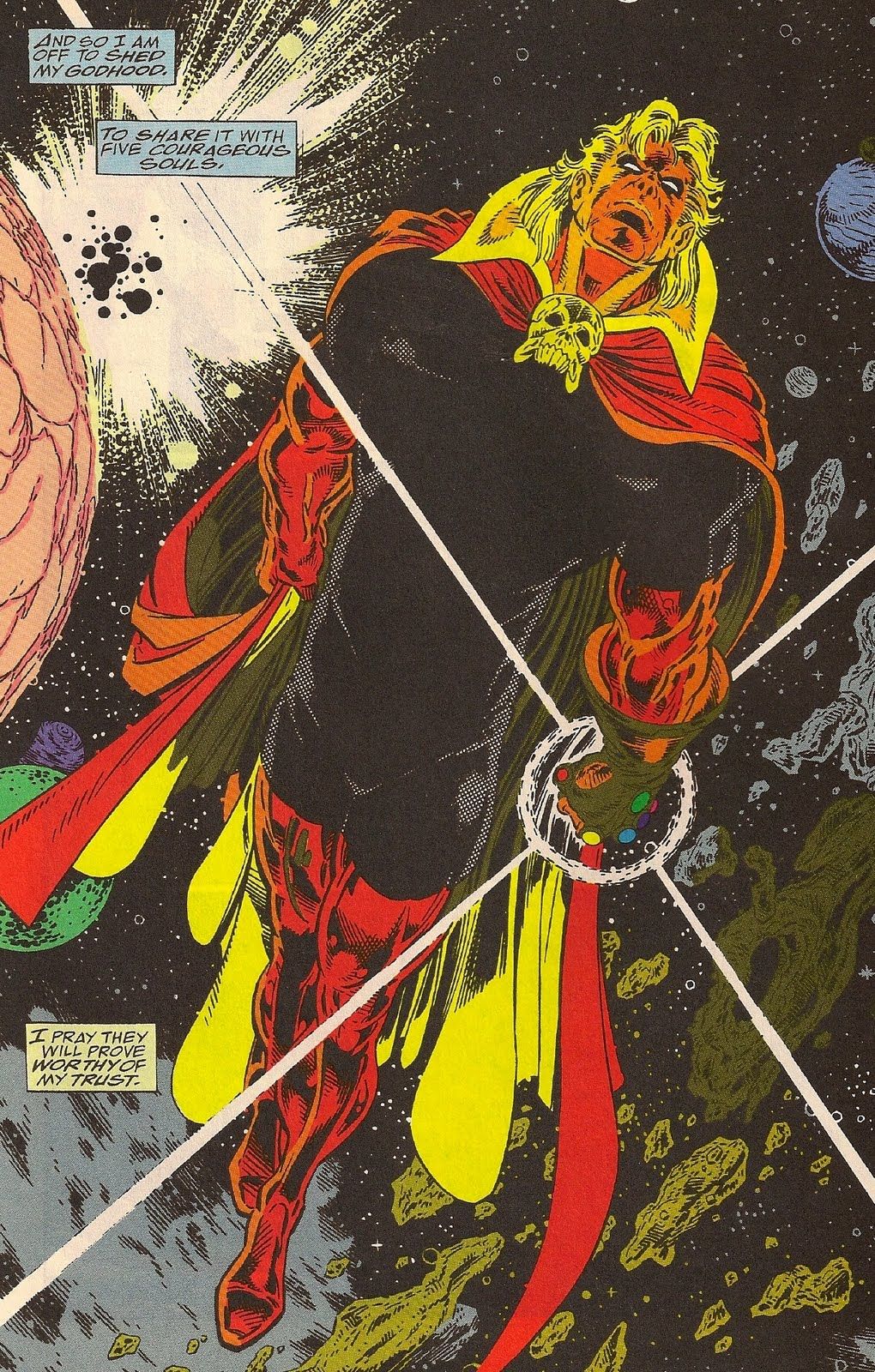 And so, the stage is set for the series.