I’m reposting on this issue because it’s tax day, and Dr. Strange is kindly advising you to take deductions for Eye of Newt. 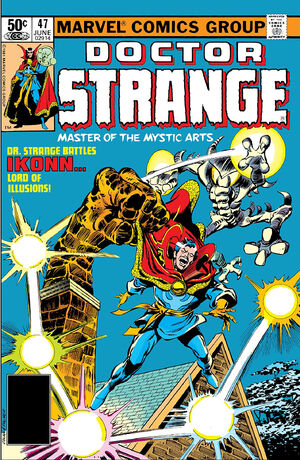 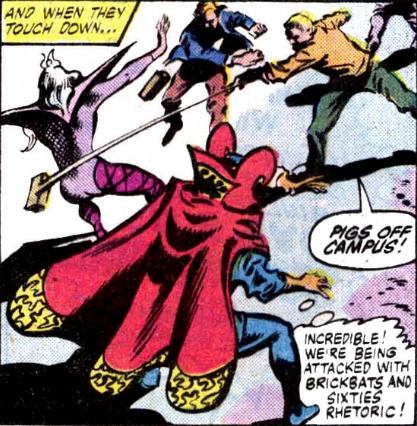 It’s Roger Stern’s first issue, so I wanted to like it, but it’s not part of the Stern-Michael Golden run, which is really where this book gets good.  Strange meets possessed college students who attack him with “brickbats” (uh…that’s a broom, dude) and “sixties rhetoric.”