At first, I was all “Oh my God Flash Thompson is Hobgoblin” and the I was like “No, he’s not.”

Nobody was fooled by this. 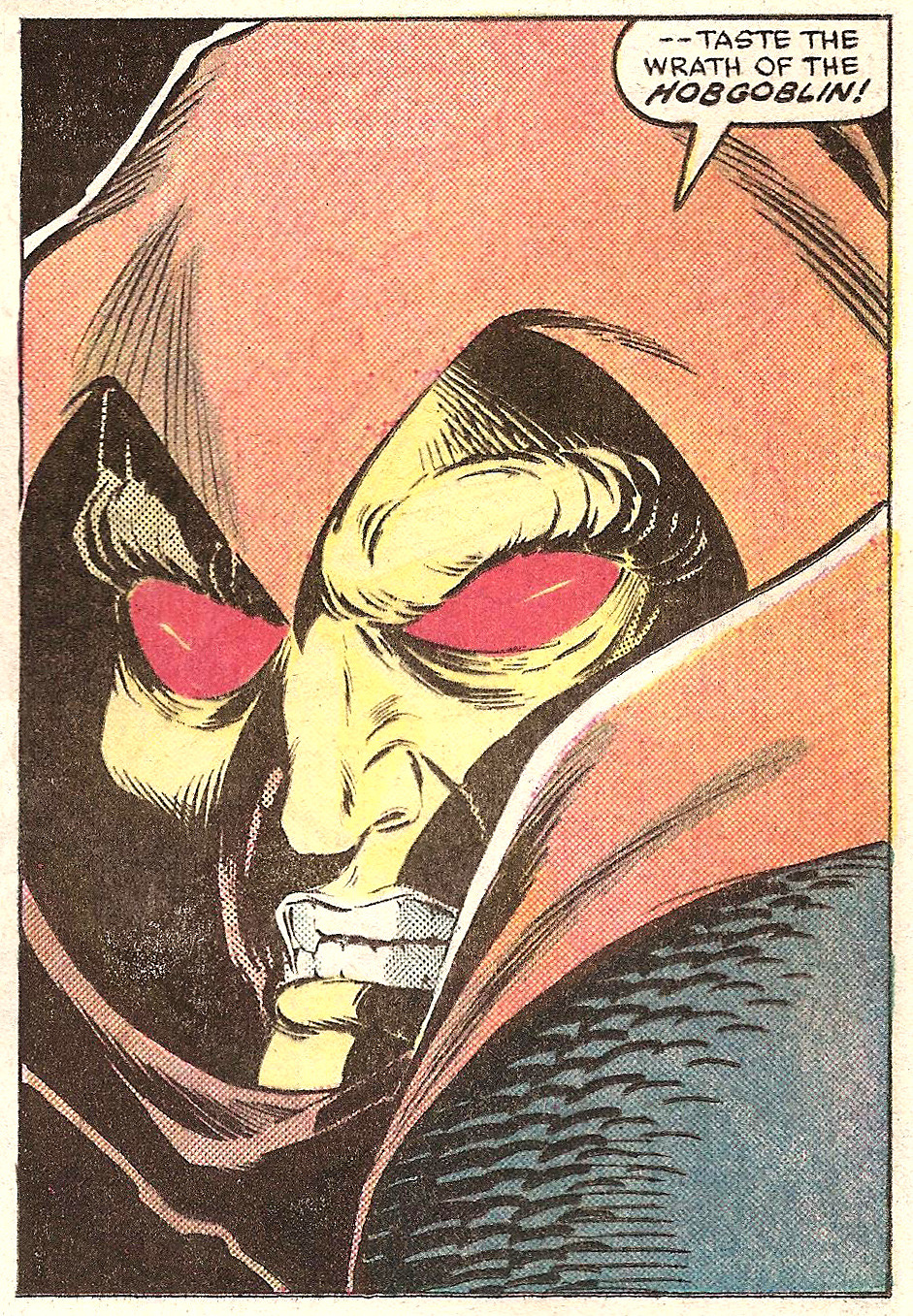 In issue #275, Peter Parker tells his origin story to Mary Jane, which is an excuse for Marvel to reprint Amazing Fantasy #15–Peter and MJ’s scenes together are just a framing sequence.  He says he’s quitting being Spider-Man, but nobody is fooled by that, either. Back in the 1980s, trade paperbacks were barely a thing.  Although Marvel Tales was reprinting the entirety of Amazing Spider-Man, including the classic AF#15, those reprints could still be hard to find.  So reprinting what may be the greatest single comic book ever made wasn’t a horrible thing–but it did feel a bit like a stall.

Especially since you would have thought that an issue with a “25” in it (#275) would have been some kind of big anniversary. 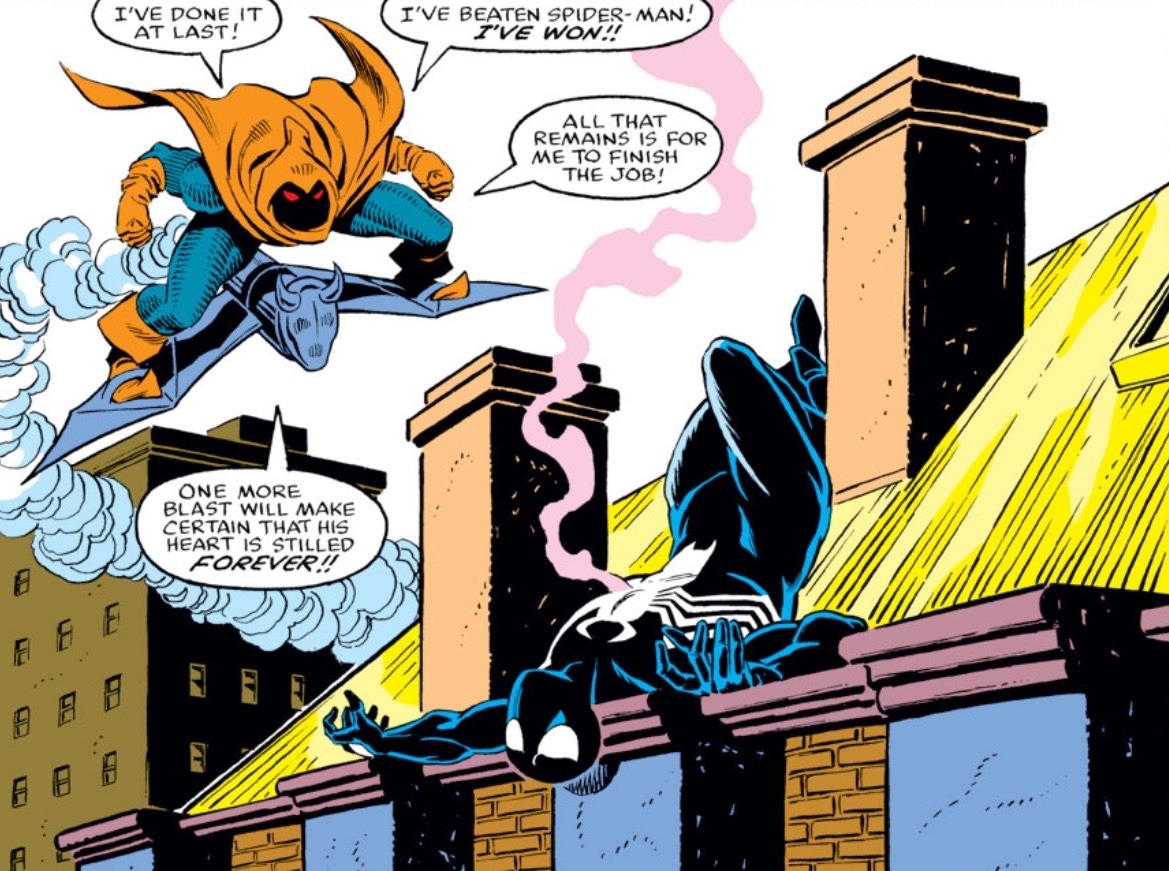 Anyway, we then get to the “who is Hobgoblin” story, with several Daily Bugle fakeouts (Ned Leeds, Lance Bannon), and some nice Ron Frenz art in the battle. Actually, it’s not just Frenz’s art in the battle.  His face is there, too. 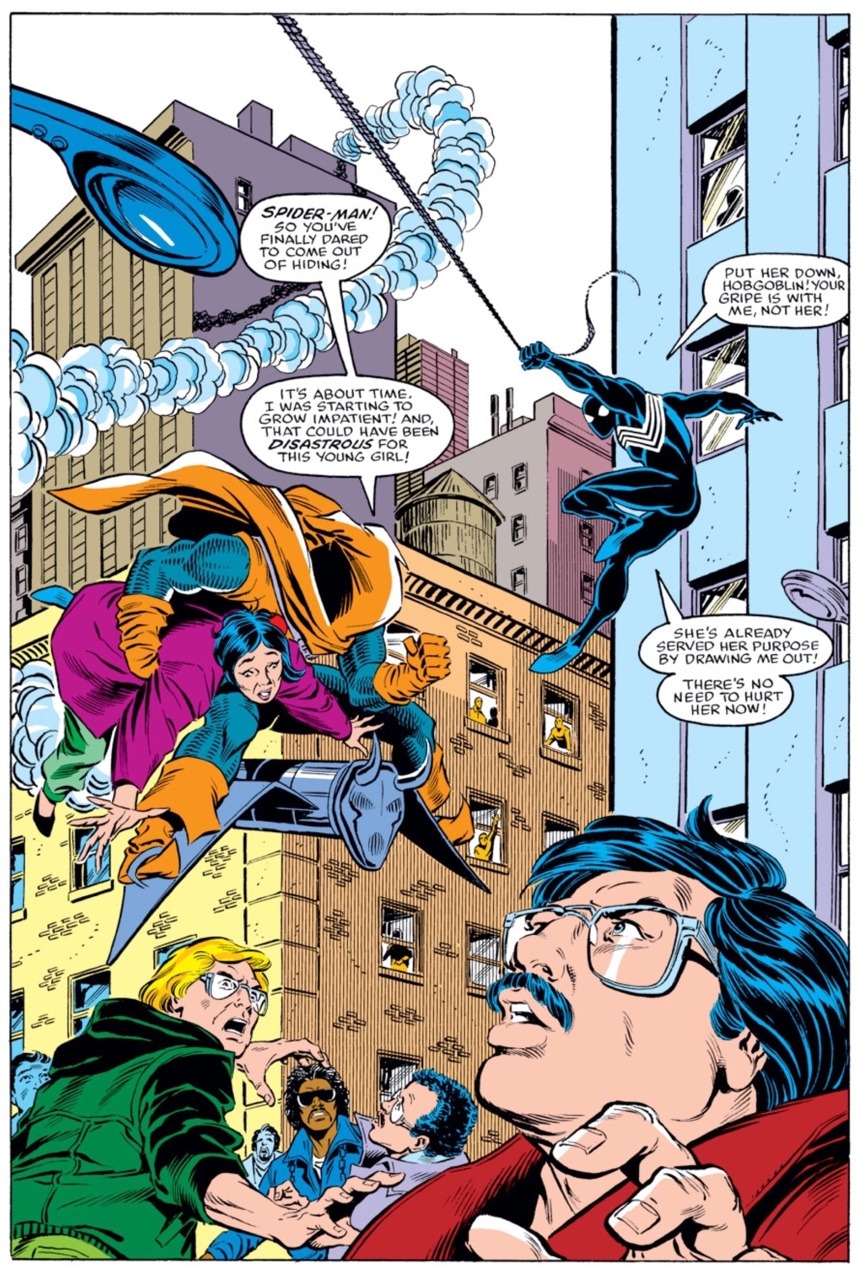 That’s him in the foreground, along with James Owsley and Tom DeFalco.

Hobgoblin is ultimately unmasked as Flash Thompson.  Nobody was fooled, and by the end of the issue the “real” Hobgoblin is shown in his lab, preparing to face Spider-Man again.

There’s also a mystery building around The Rose’s identity We’ll ultimately learn that Kingpin’s own son is The Rose–which makes sense out of the foreboding language above.

None of this is great, but none of it is terrible either.