I have to say that I admire Marvel waiting almost two years before having Spider-Woman meet the hero from which she is a legacy.

And I’m betting they only crowbarred him in here because the book wasn’t selling well.  During this time, Marvel was starting to cut back on its lower-selling titles, and it appears that their efforts worked to save this one, because it keeps going. 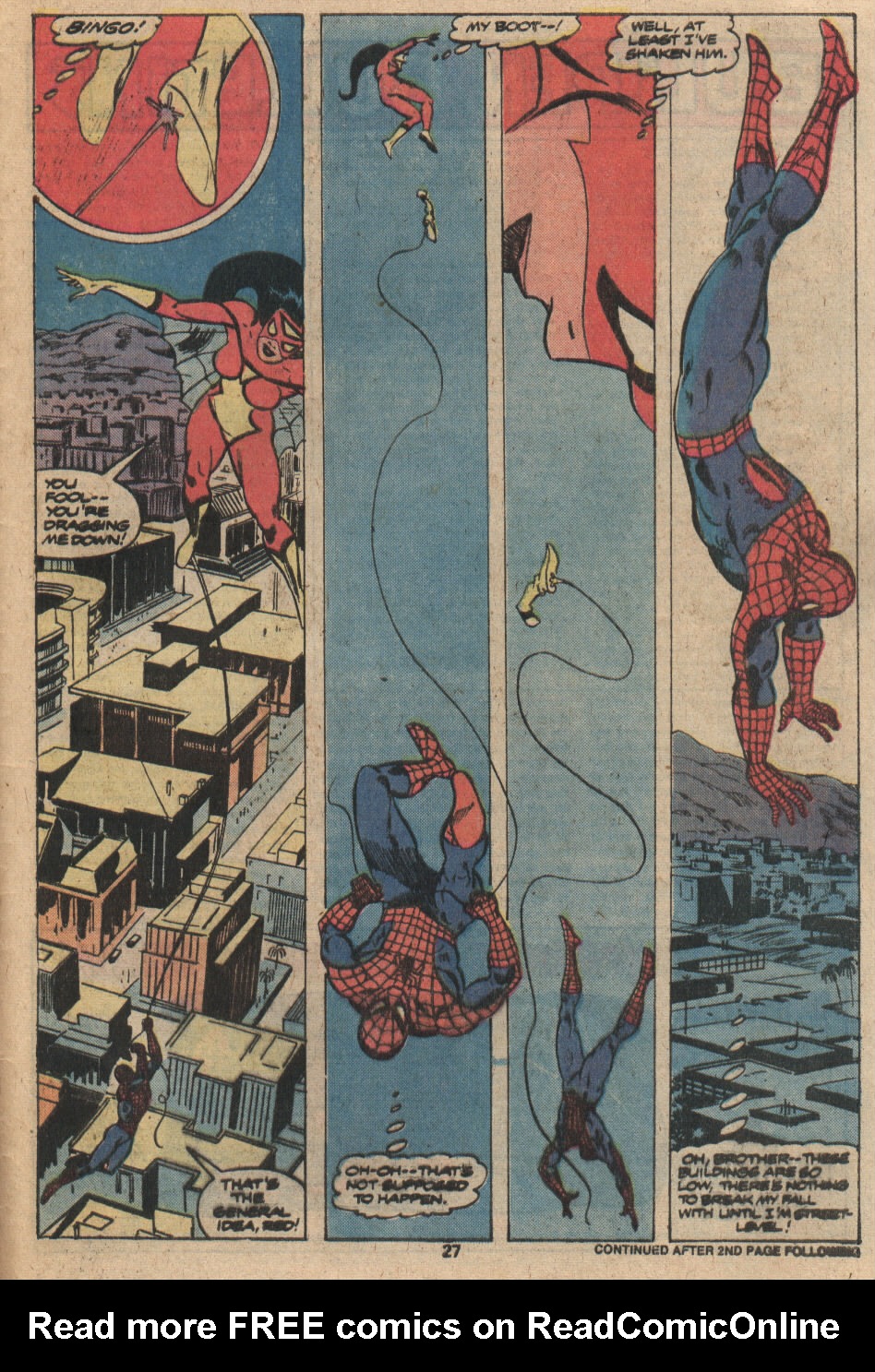 In a blackout, Spider-Woman stole money from her employer, who had fired her in her Jessica Drew identity.  Spider-Woman tracks her down, but oddly, she’s never heard of him.

I’m going to say that she was brainwashed and abused as a younger person, and lived in England, so maybe that’s plausible.  But really?  How can you not have heard of him???  She actually thinks Spider-Man is trying to imitate HER!

Anyway, they fight and then make up and Spider-Man lets her go.

This is Mark Gruenwald’s last issue.

Creators:  Mark Gruenwald (writer), Steven Grant (billed as “co-scenario”), Frank Springer
Grade: C+.  I’m gonna give this a slightly above average rating despite the implausibility of it because it’s not the team-up I was expecting, and it’s cool that Marvel didn’t push their first meeting until now.

Marvel 1979, Spider-Man appearing outside his own comics, Spider-Woman (Jessica Drew)
Tweet Pin It