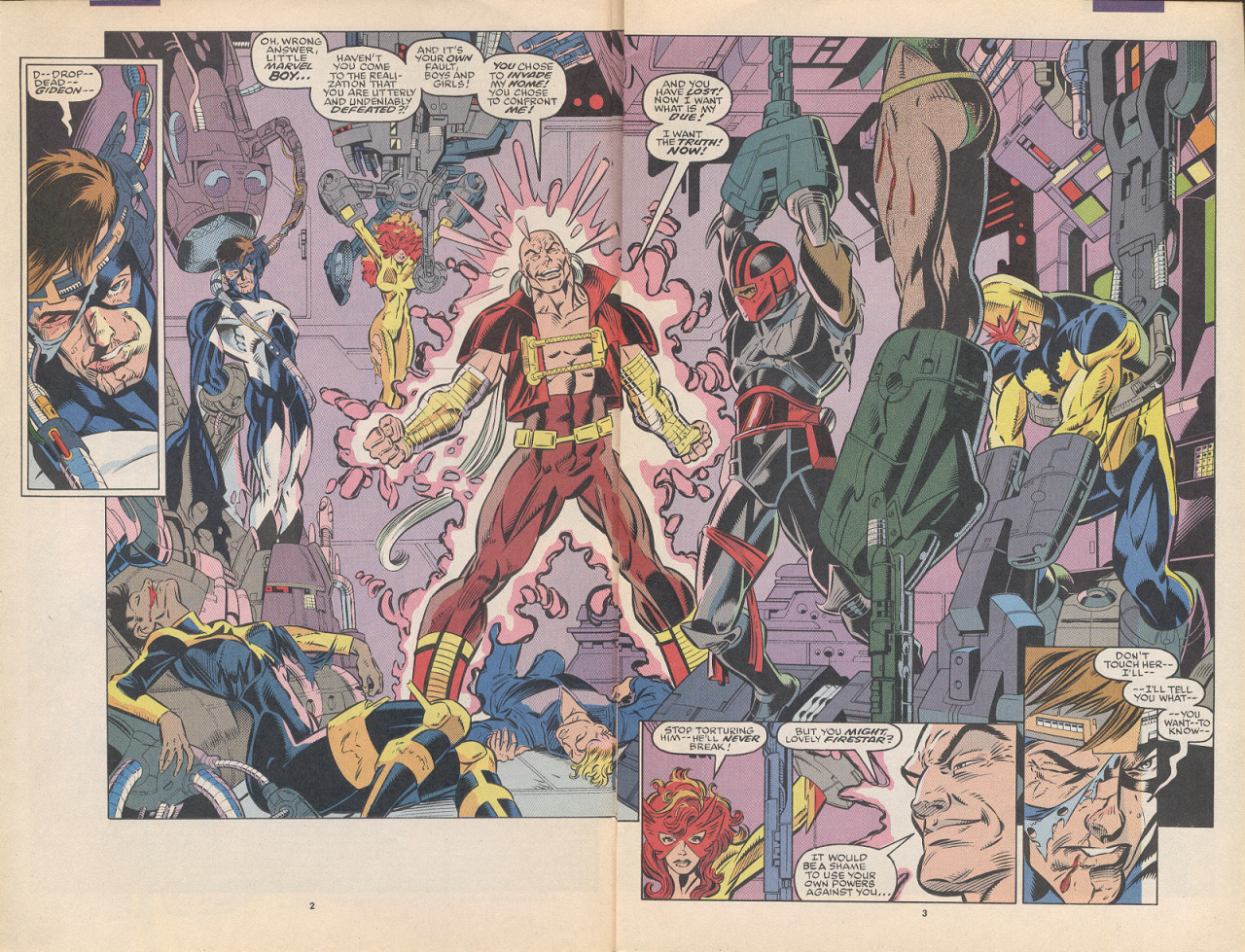 The team gets further into the sinister background of its funding organization, The Taylor Foundation.  They go after the X-Force villain Gideon, who seems to have ties to Taylor Foundation.  But we learn all that later.  This story starts with the team already defeated and being tortured.

How Gideon captured the team is told through flashback.  Gideon is highly trained and experienced, and has the mutant ability to mimic the powers of his foes, so it’s not hard for him to defeat The New Warriors who, as the same says, are pretty new at being warriors.  In the end, despite the fact that they attacked him, Gideon still tells them some information, revealing that Mariko Yashida—Wolverine’s old girlfriend and a member of the Yakuza—is the one who hired him on behalf of Taylor Foundation.  And then Gideon lets them go because, in the end, he’s not a truly bad dude—and to be fair, they attacked him, not the other way around.

So, the team goes to Japan.  After an obligatory ninja fight, Mariko tells the New Warriors that she does have information about who is corrupting Taylor Foundation, but she’ll only give it to them if they beat up some competing ninjas known as the Cybersamurai. 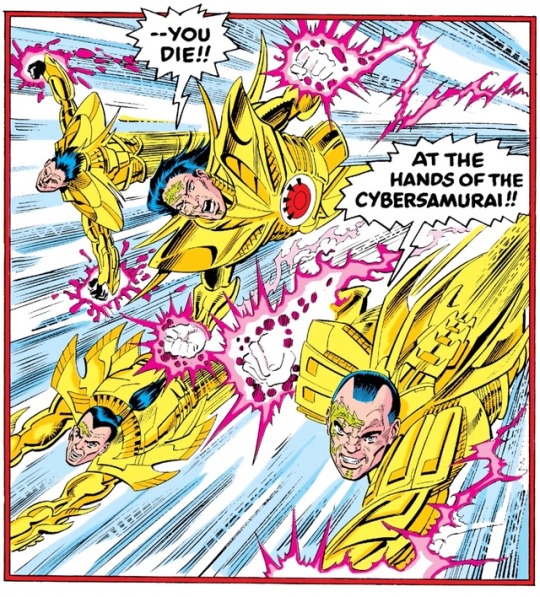 Not the most imaginative ninja clan, but okay.

After the battle, the Warriors are offered the secret information about the Taylor Foundation if they agree to never return to Japan and not stop some of the evil ninja dealings there.  Most of the Warriors, being highly ethical (uh…they ambushed Gideon in his own home and made a deal with ninja-leading Mariko to beat up other ninjas), refuse, but Night Thrasher—who has been seeking these secrets for the past half-dozen issues—wants the information more than he wants to interfere with Japanese criminal enterprises—so he quits. You would think that that event would be a big deal, but it doesn’t warrant cover coverage. 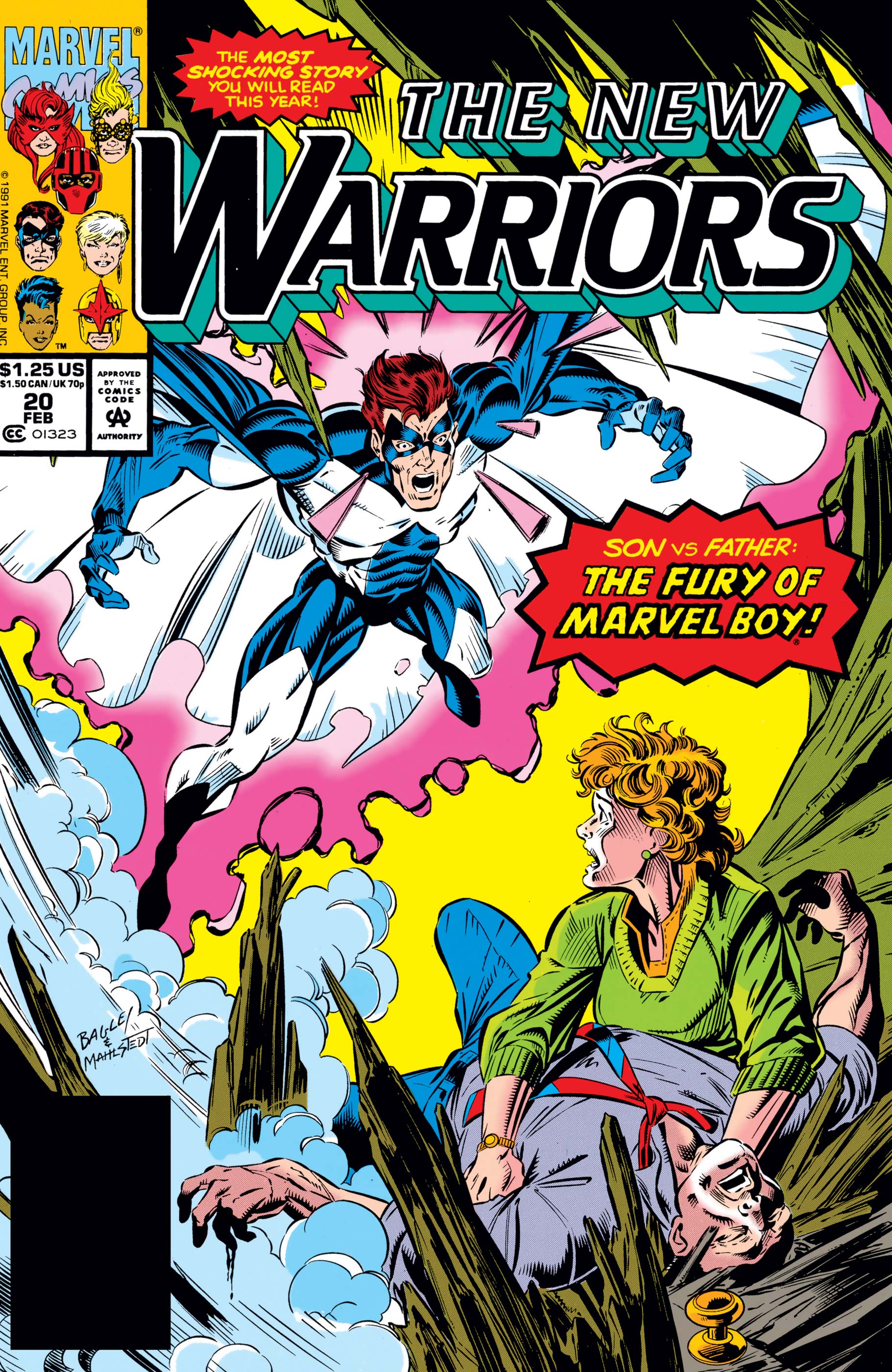 Instead, the cover shows Marvel Boy attacking his own father.  Which, as it turns out, is a pretty big deal. 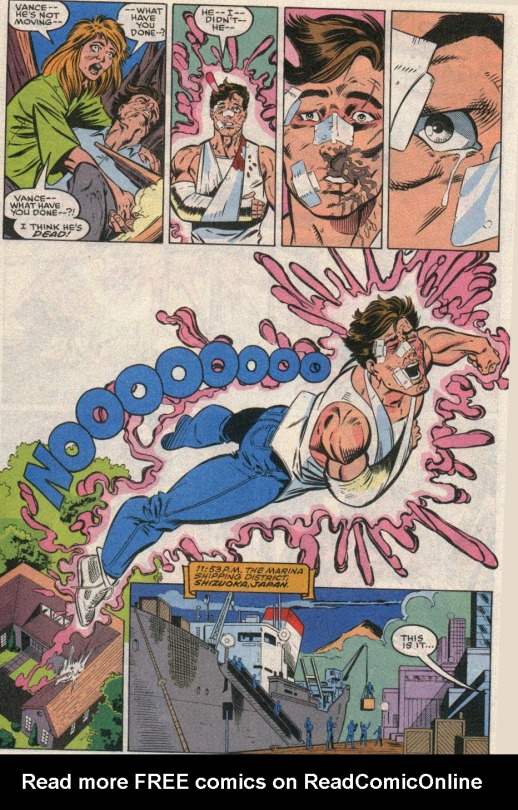 He does this in the book, but only after his father literally punches him in the face so hard he’s barely conscious.  But of course Marvel Boy has powers, so when he lashes back, he unintentionally kills his own father—and then he gets arrested.  And guess who his lawyer is.

Of course, it’s Foggy Nelson.  And the prosecutor is Speedball’s father, an assistant district attorney!

Besides the trial of Vance Astro… 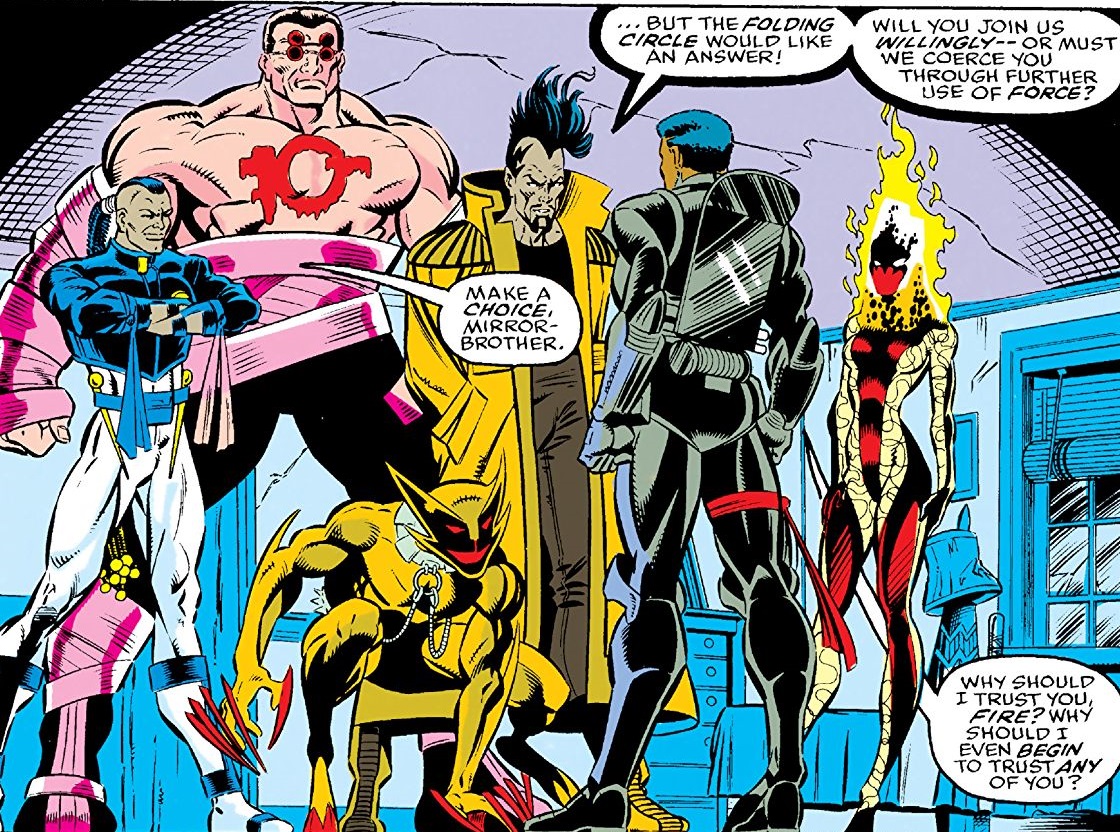 In the aftermath of their “breaking up,” the action turns to Folding Circle, who are a mysterious group that is recruiting a global force for some “greater purpose.”  And now that’s he’s unassociated and disillusioned, they seek Night Thrasher for membership.

I’m going to break here, but the storytelling is wonderfully interwoven and there’s really no good break point.  I’m stopping at the end of issue #21, because after this there’s a “named” multi-issue arc titled, “Nothing But the Truth.”
Creators: Fabian Nicieza, Mark Bagley
Grade: B-