Not only do I hate the Eric Masterson storyline, but now this book is coming out twice a month.  So much misery to read.

But to be positive, I like how the covers harken back to the late ‘70s, when Thor was great. But Don Blake is back, so maybe we’re getting to the end of this. (We’re not.  Masterson will become “Thunderstrike” and get his own book in 1993.)

But actually, these issues aren’t all bad.  Masterson is familiar with Blake’s identity as the original Thor, but the doctor has no memory of it.  And there’s a reason for that… Mephisto still has Thor in a plastic bag.  And not content with just that, he steals Eric Masterson’s walking stick (y’know, the one that turns into a hammer). 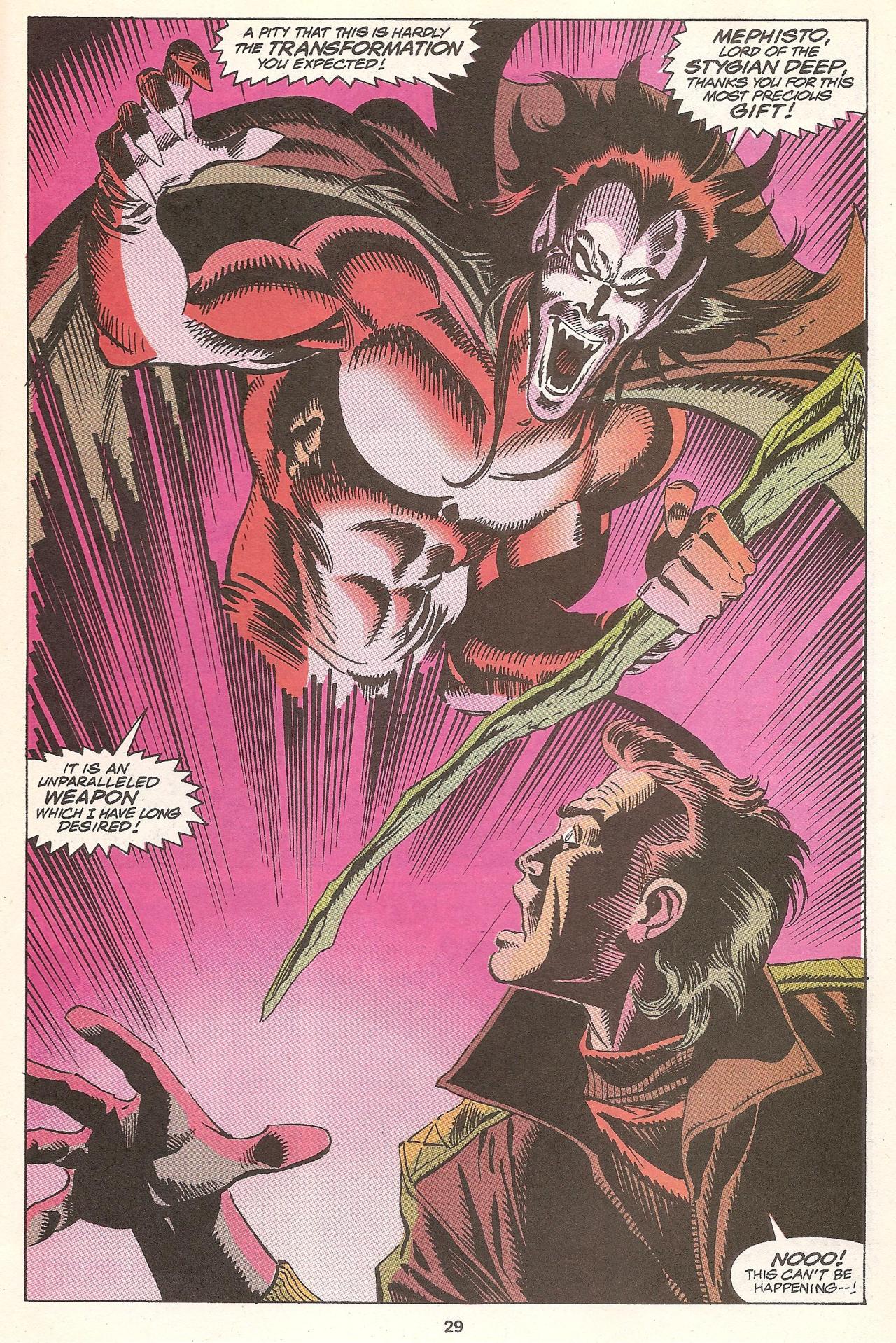 With the help of Dr. Strange, Masterson goes to Mephisto’s hell with Silver Surfer to get his stick/hammer back.  He gets it back, but isn’t able to get the plastic bag with Thor in it.

What I don’t like about this story is that Masterson tells Dr. Strange that Thor is trapped down there, and Strange doesn’t do anything to rescue Thor.  That makes no sense to me at all.

In the back up feature to #442, Sif is smoochie with Beta Ray Bill in outer space.