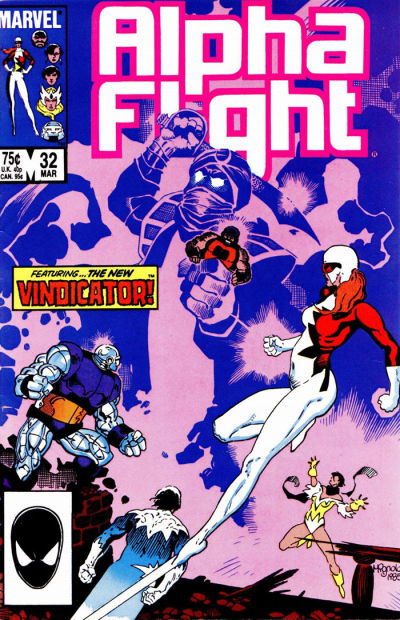 The cool idea of having Alpha Flight be led by a civilian without powers is dispensed with as Heather becomes the new Vindicator, taking on the exoskeleton worn by her dead husband.  She then asks the team’s weakest member, Puck, to teach her how to fight. And speaking of Puck, the pain he’s been experiencing for many issues (which had been attributed to his being a dwarf) was actually due to the fact that a sorcerer named Razor had been living inside him and, when the spirit breaks free, Puck immediately takes on the form of a tall, old man.  Then, at the end of the issue, Puck forces Razor back into his body because the dude wasn’t nice and Alpha Flight had to fight him. 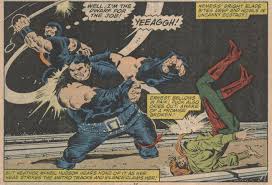 I hate when “big” changes happen and are undone within 20 pages.  And it begs the question: Shouldn’t THIS have been a Secret Wars 2 tie-in?  I mean, I hate SW2 as much as anyone, but if any story begs for an impotent, Godlike intervention, it’s this.  Moreover, we’ve already seen TWO members of Alpha Flight possessed by badness: Snowbird and Sasquatch.  Enough, already.

Creators: Bill Mantlo and Jon Bogdanove
Grade: D-.  Not an “F” because it’s significant that we have a new Vindicator character, but, ugh.