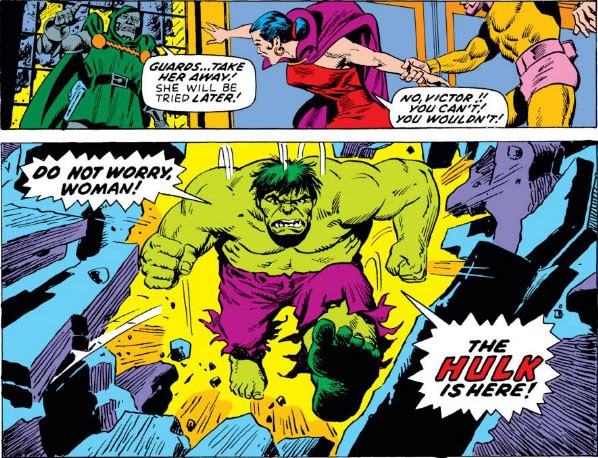 Hulk is on the run again, so Banner hides in the Latverian Embassy, which naturally leads to a Doom vs. Hulk story.  But first, they bond….

Doom tricks Hulk’s pursuers by sending a Hulkbot (he happens to have one handy) out to fight, and be killed by, the U.S. Army. Doom takes Banner to Latveria and experiments on him with a mind-control device. Doom brings his childhood sweetie Valeria in to show how he now has his own slave-Hulk, because that always impresses the girls.

We haven’t seen Valeria since Marvel Super Heroes #20, her first appearance, when she swore never to see him again.  It’s not explained how they are now boyfriend and girlfriend.

Valeria doesn’t like that Hulk is enslaved, she and Doom get into a conflict, and Hulk jumps in (see above).  “Do not worry, woman, the Hulk is here!” may be the greatest “Hey Kool Aid” line in history. 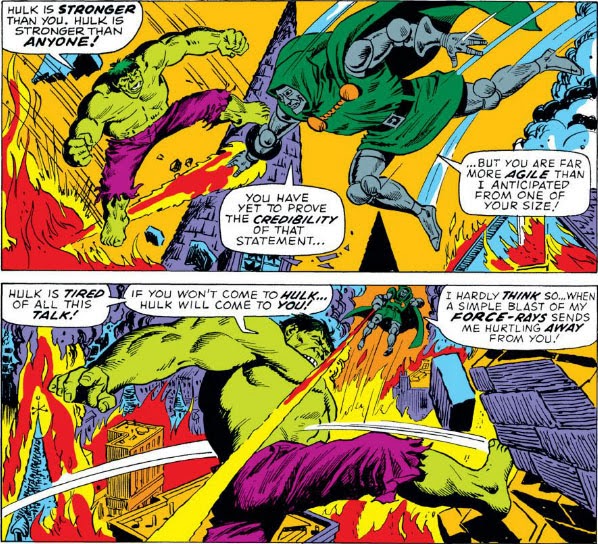 Then Hulk and Doom fight. 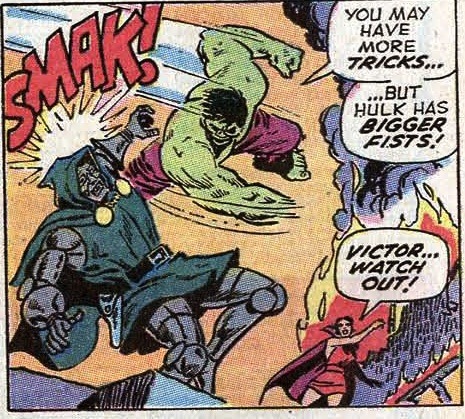 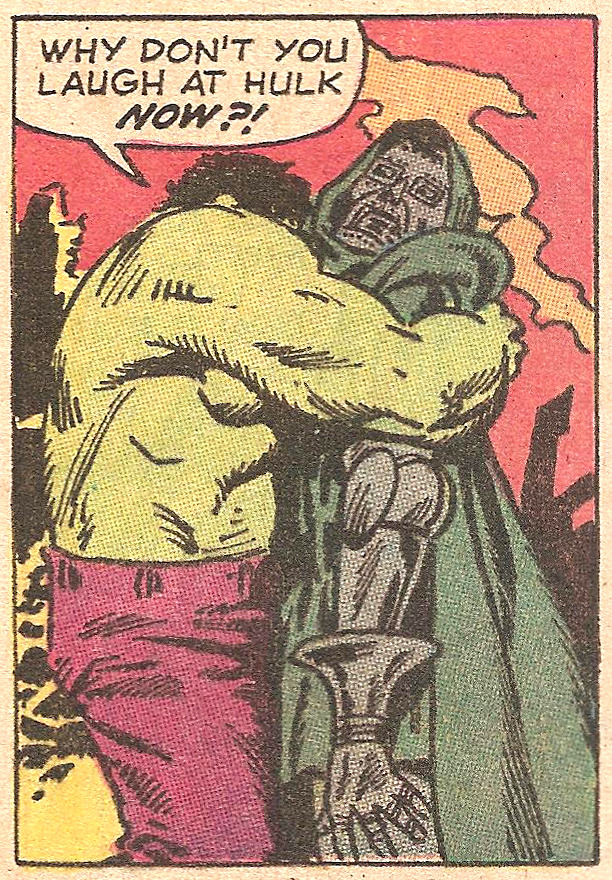 Of course they’re not hugging–but that looks like a harassment ad.

Hulk is about to kill Doom… 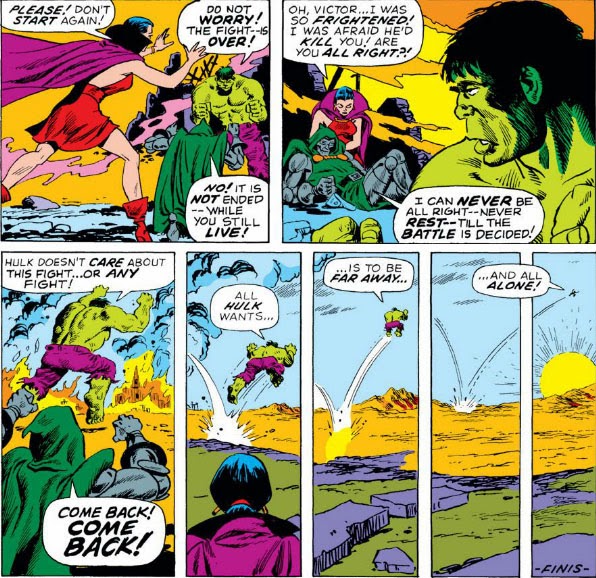 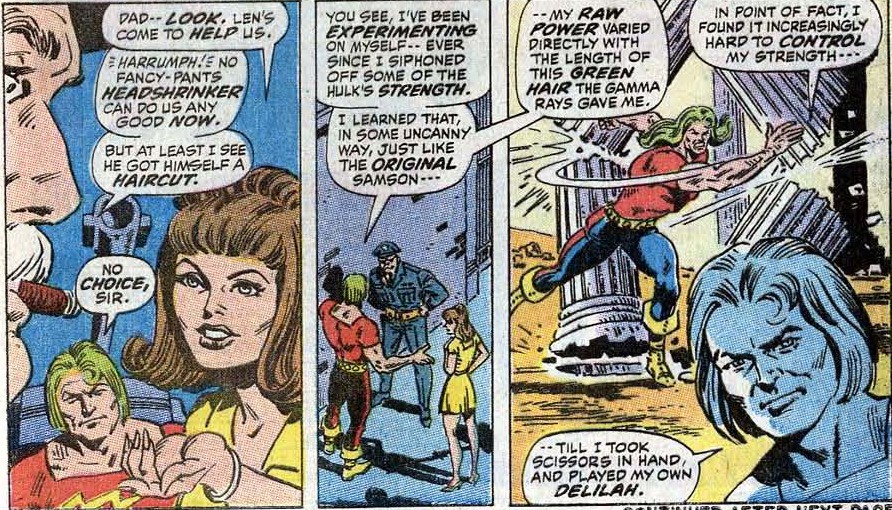 Also, we learn that Doc Samson’s gamma-induced strength is tied to the length of his hair.  Which makes him almost powerless to stop…The hopping Hulk!