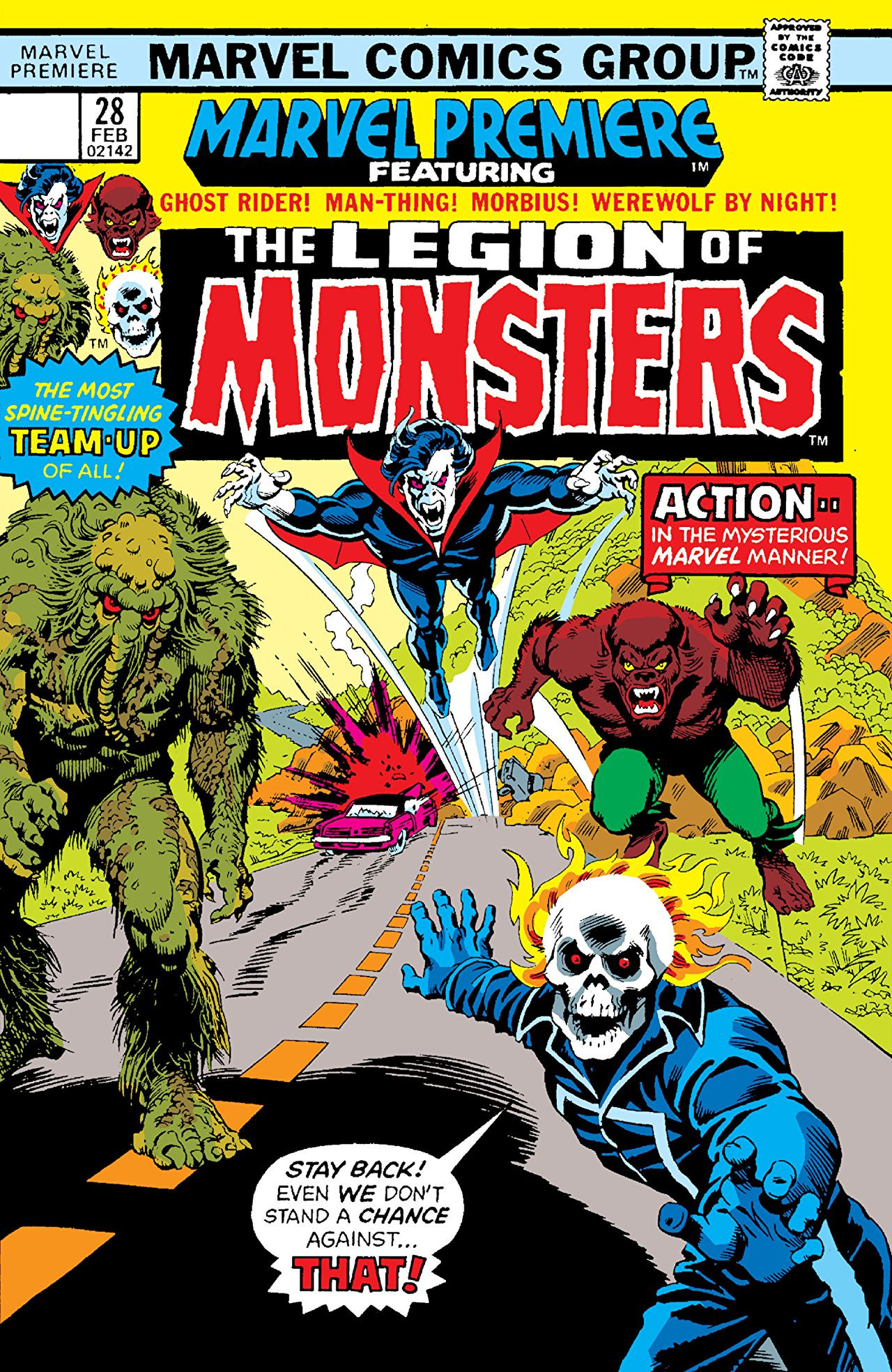 Someone has the pretty cool idea to get Marvel’s coolest-looking horror characters and put them in a story together, but they decided the best villain would be sci-fi God made of gold???? 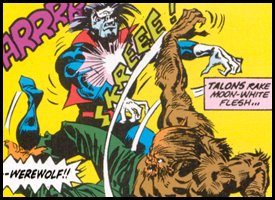 This would have been a cool concept for a horror or horror-adjacent book.  Instead, it’s just awful. 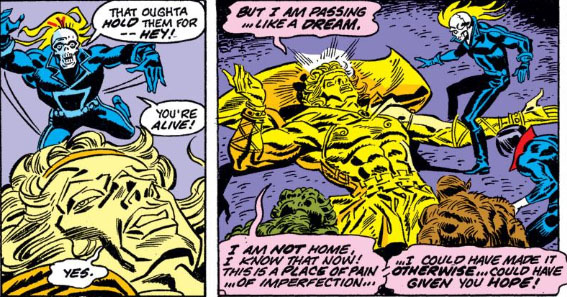 The monsters fight an alien named Starseed.  They also fight each other, which is the cool part but there’s not nearly enough of it.

And Frank Robbins draws it, to boot, so…Ugh. 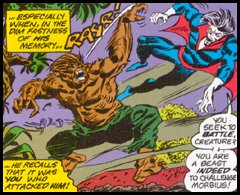