The Pantheon sends Hulk into another country ruled by a despot to take down the government.

But it turns out, the United States–and SHIELD–is supporting the leader. 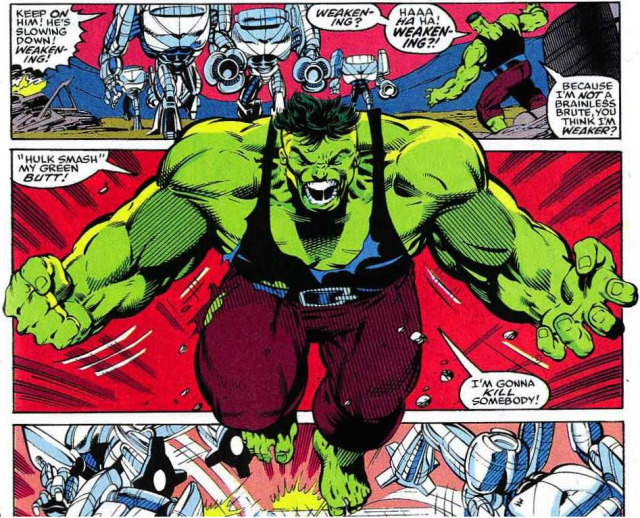 Check out the souped-up mandroids.

As part of their “we’re good guys now” role, X-Factor are sent in to stop Hulk. 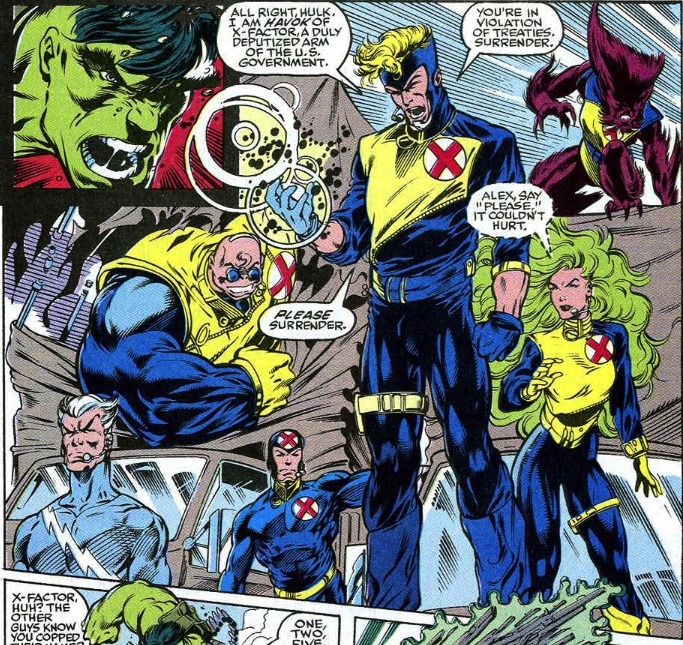 Big fight.  It ends in a draw, but really Hulk won. 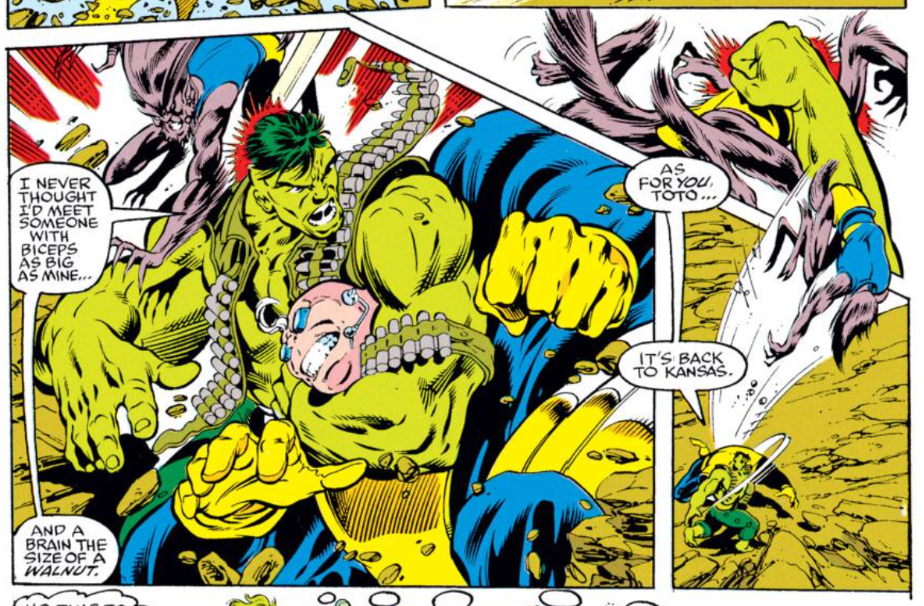 The story then moves to X-Factor #76, where the team realizes Hulk was doing the right thing and continue the job he started. 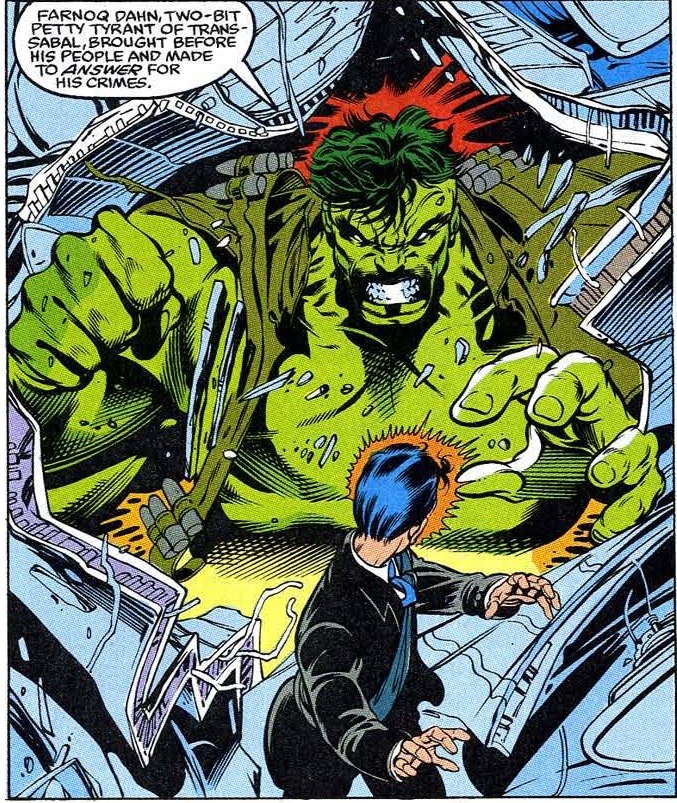 And then back to Hulk, where he returns to help X-Factor finish the job.