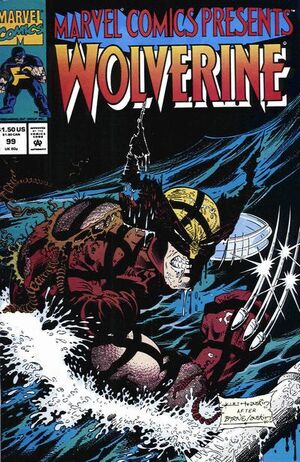 Issue #99’s Wolverine story is a prelude to the big issue #100 extravaganza.  Rob Liefeld, Howard Mackie and Jim Valentino show him fighting Nightmare, who will be the villain in issue #100. 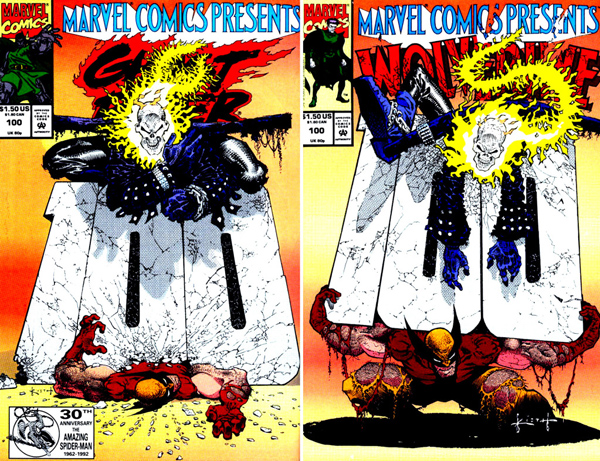 Issue #100 is a five-part story.  You don’t have to have read #99 to follow it.  And best of all, it’s drawn by Sam Keith.  Howard Mackie, who has been doing a good job with the new Ghost Rider, is the author.

Nightmare comes after Dr. Doom in his sleep, which naturally pisses off the Latverian monarch.  Some great art. 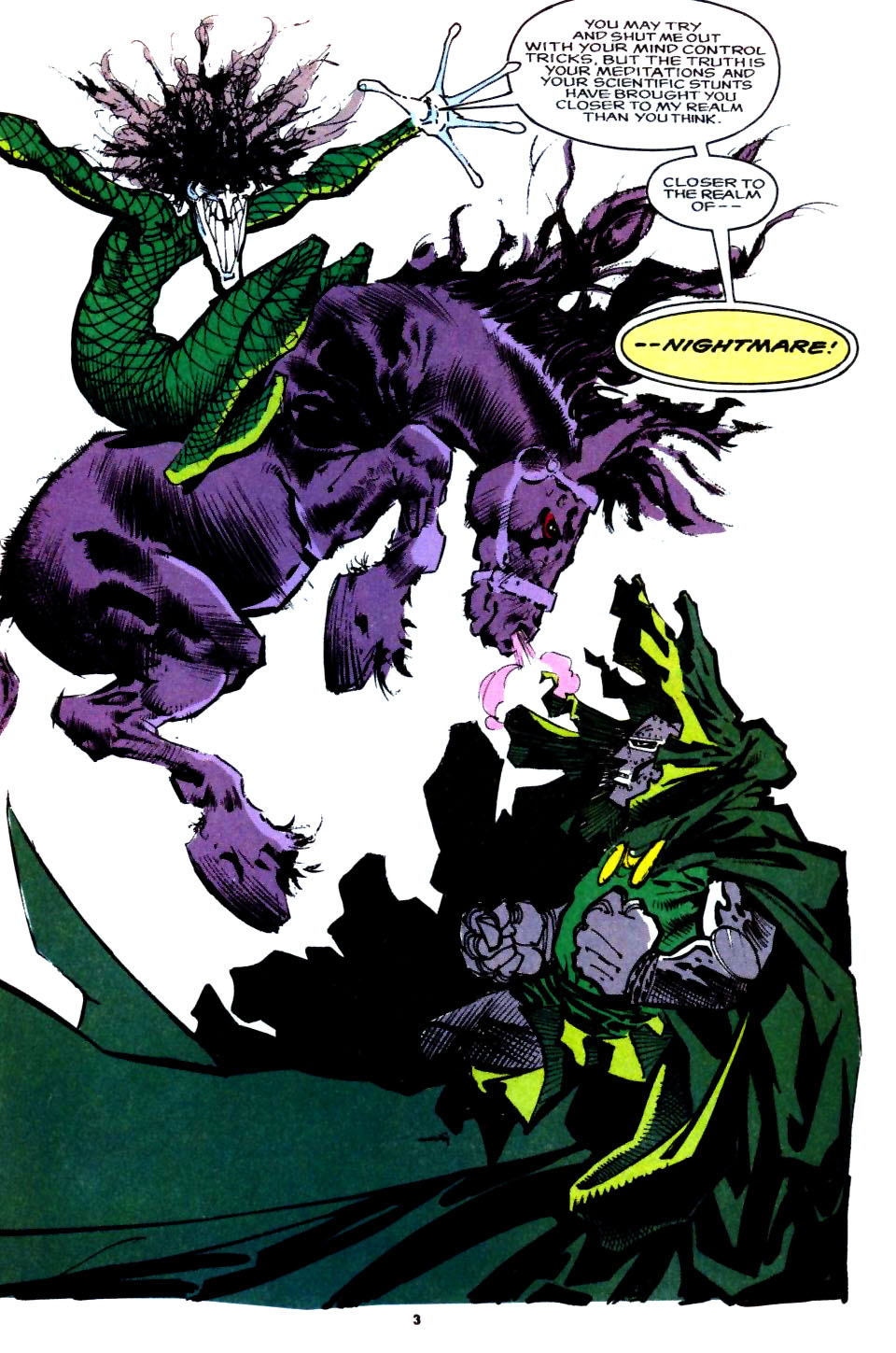 After battling some nightmare fantasies about the Fantastic Four (obviously), Doom then hires a monk to protect him from Nightmare by waking him up before he can be defeated (yes, it’s a lot like Nightmare on Elm Street), and then he kidnaps Ghost Rider and Wolverine to help him defeated Nightmare because the monk tells Doom that he can control them if they are asleep and in Nightmare’s realm.

So, it’s a big three way dream fight, ending with Doom holding the Monk accountable for his failure.

All around, a good Nightmare story and I think the only one where Dr. Strange doesn’t get involved.