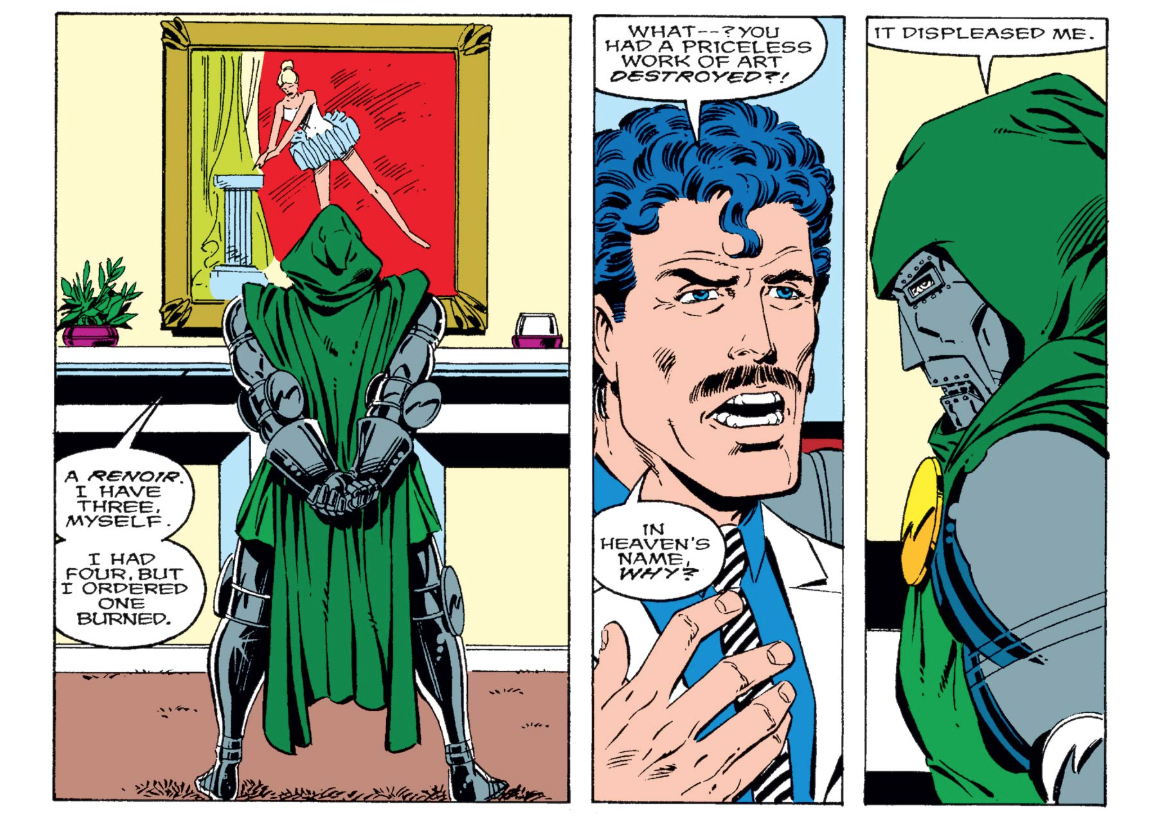 The end of David Michelinie and Bob Layton’s second run pays tribute to one of the most famous stories from their first run, in which Iron Man and Dr. Doom went back in time to Camelot.  But this time, they go to the future for the first glimpse of Marvel’s “2099” universe—which later will spawn multiple series showcasing future versions of Marvel heroes and villains.

Merlin is still alive in the future.  And there’s a kid who is the reincarnation of King Arthur. 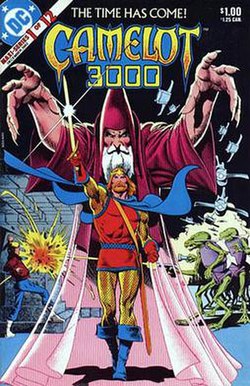 I note that D.C. did futuristic Camelot first, and better.  Camelot 3000 was a highly underrated book.  Not that these Iron Man issues are bad.  They’re just not as good.

Anyway, it’s the first appearance of Andros Stark, who is Iron Man 2099.

Remarkable how similar their armors look, even though this is 100 years in the future.  Of course Andros’ armor is way more powerful, so Tony has to get Excalibur from the Lady in the Lake and use magic to win the day. 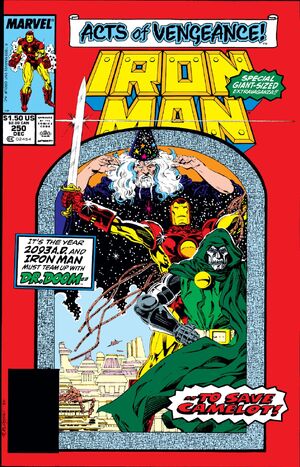 Note that this is billed as an “Acts of Vengeance” tie-in.