Okay, Ultron versus Daredevil is patently ridiculous.  But here’s how I explain it: It’s not really Ultron.  I mean, it has his personality and memories, but it’s really a creation of Dr. Doom since, above, he’s the one who reactivates the robot and sics it on Daredevil.  Also, he forces all 13 Ultrons’ memories into this one body, so it’s kinda confused and fights against itself. 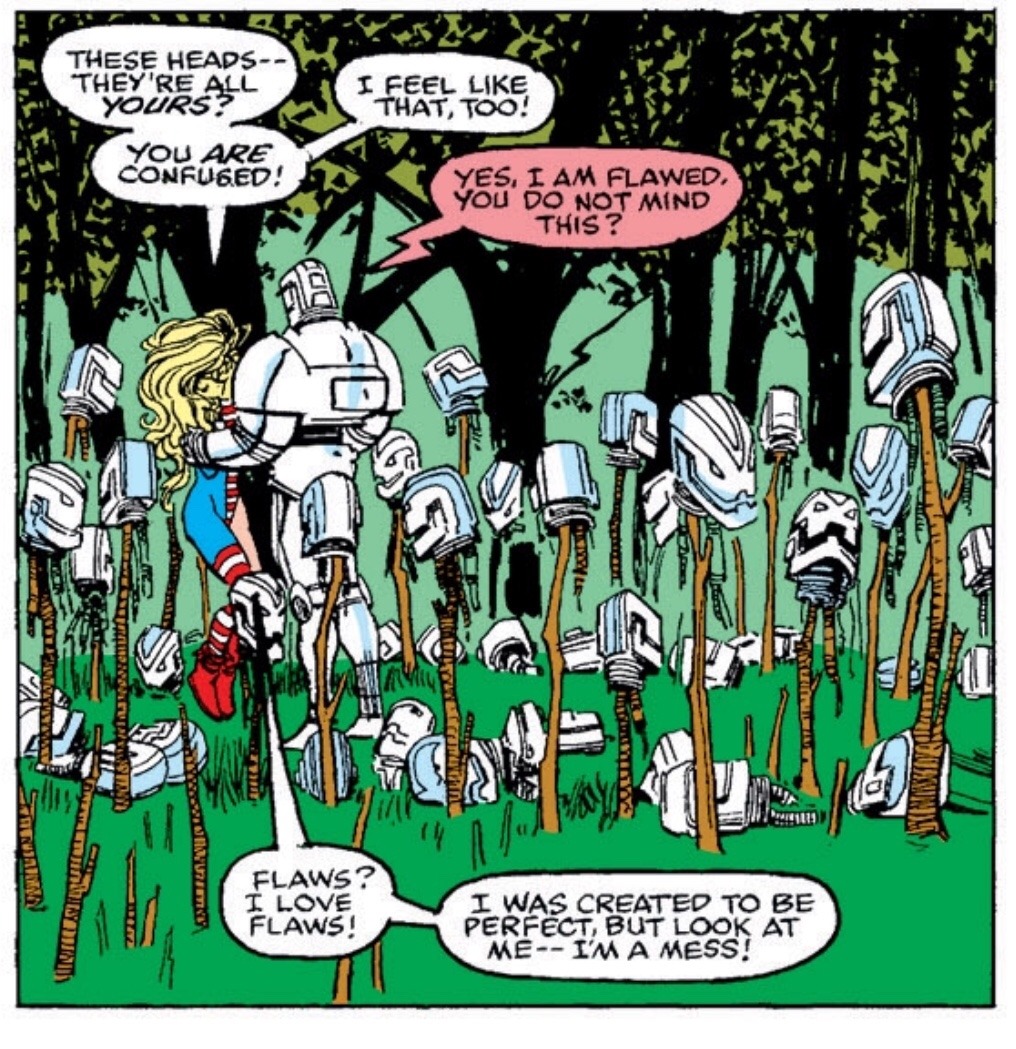 See what I mean?  The real Ultron would never admit he was flawed.

After teleporting home from their Inhumans adventure, with the help of Lockjaw, Number Nine goes out fora  run and meets this new Ultron, who has his own personal God complex.

Number Nine is a “programmed” clone sex slave, so she can relate to Ultron also being a programmed being. 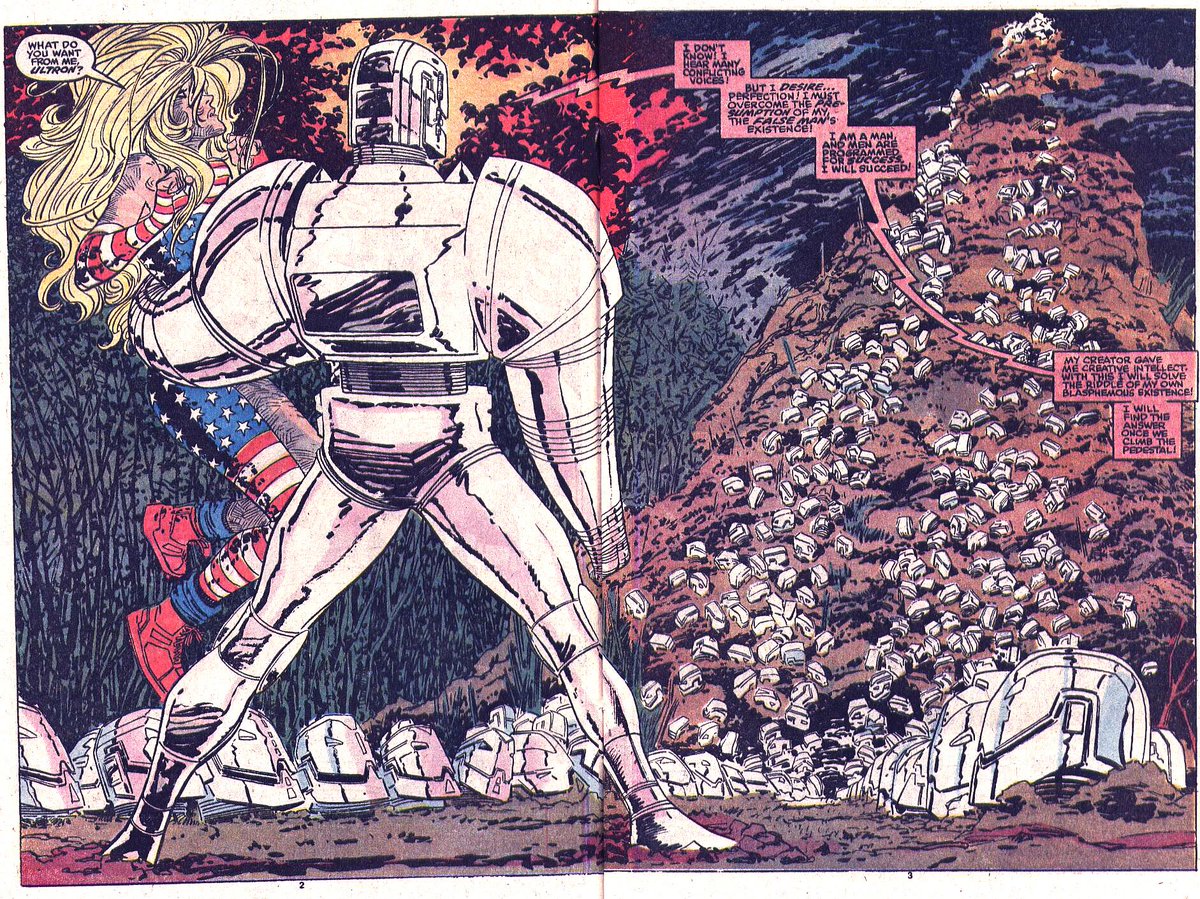 Also, her clone body has a radical healing factor.  I don’t think we knew that yet.  Anyway, this makes Ultron fall in love with her. 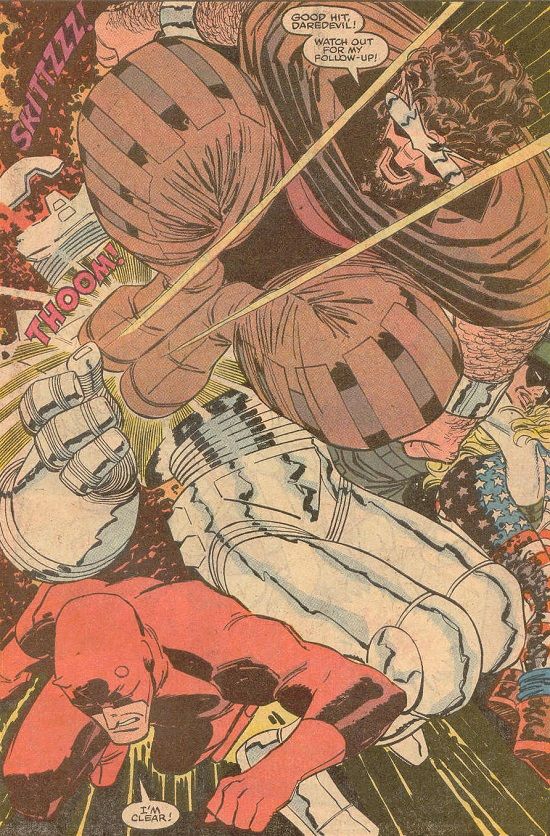 Karnak and Gorgon are still with DD, so they join the fight (so it’s not just Ultron vs. Daredevil–another reason that Ultron is able to be defeated in this story).  And of course, they win. 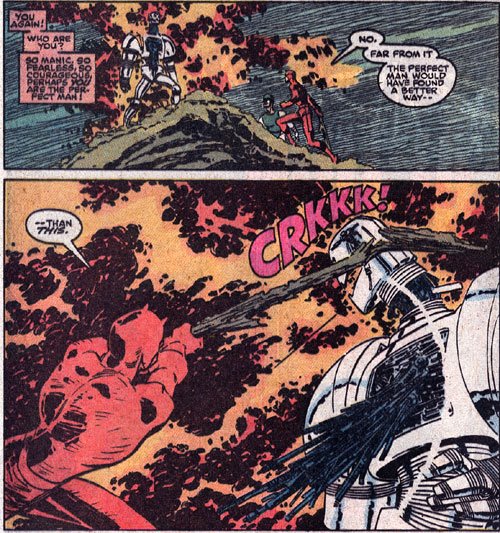 Again: Ultron’s personality is fractured, he’s in “love” with Number Nine which makes him act less rationally, and he’s up against several super-beings.  So this isn’t Ultron at his best.

Okay, I’m rationalizing a little, but I liked this story in spite of the ridiculous concept.