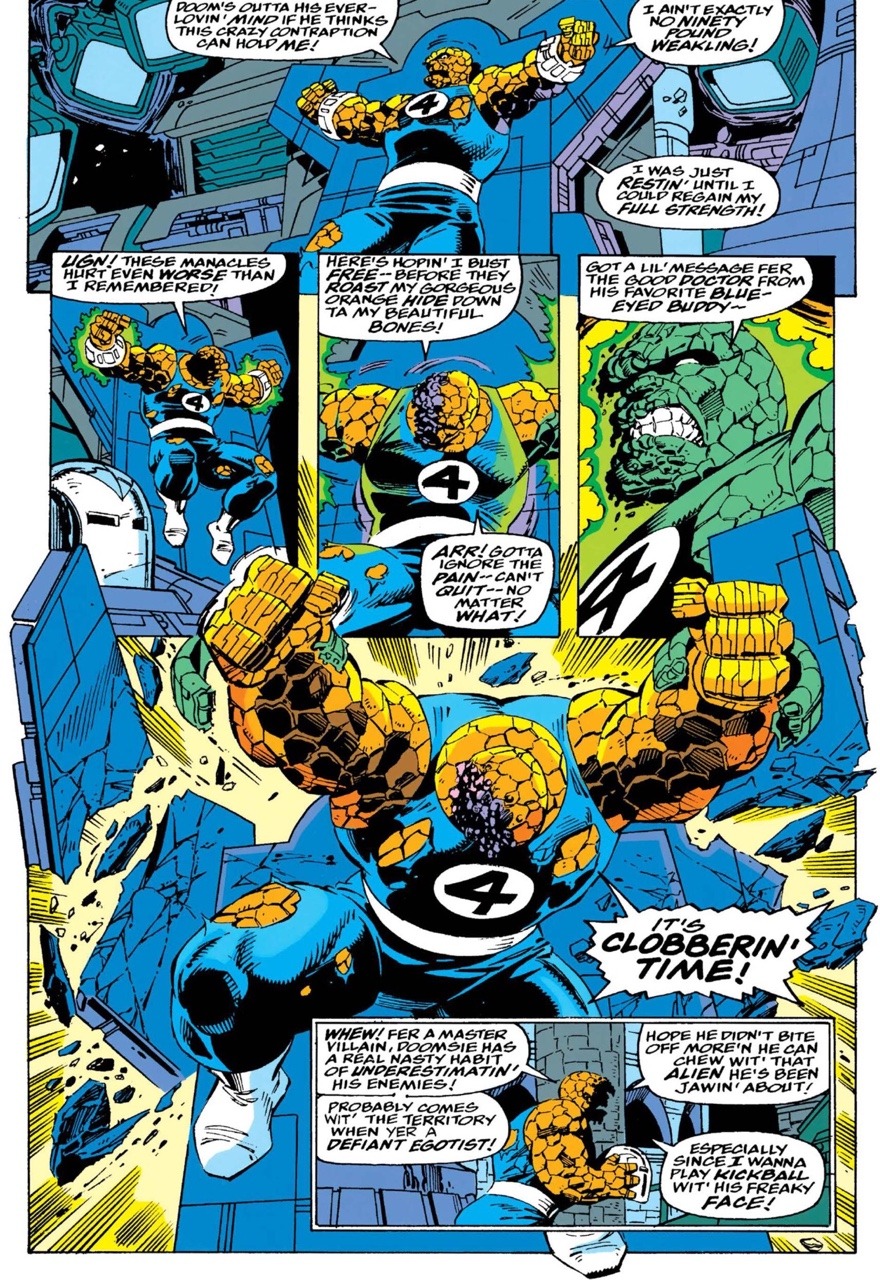 Thing got captured by Dr. Doom and now he’s escaped.  He fights a bunch of Doombots and then an alien lands in Latveria.  And the FF arrive.  And Franklin gets kidnapped by skrulls who are working with Klaw.  This is what you call a “kitchen sink” plot.  Everything gets thrown in, and the whole thing is kinda gross.

Doom lures Reed Richards close to him and…

The death of an icon like this is just too hard to take seriously when it happens every 50 issues or so.

That’s the problem with comics in the 1990s: The stakes can’t be death like this.  It’s gotta be something else that makes us care.  Either the story is so wild and crazy that we just want to be on for the ride (like the runs of Jack Kirby and Stan Lee, John Byrne, and Walt Simonson), or it’s gotta be a believable death (like Susan’s miscarriage in FF #267).  This kind of thing just can’t get me going.

It gets them a new logo: Fantastic Three. 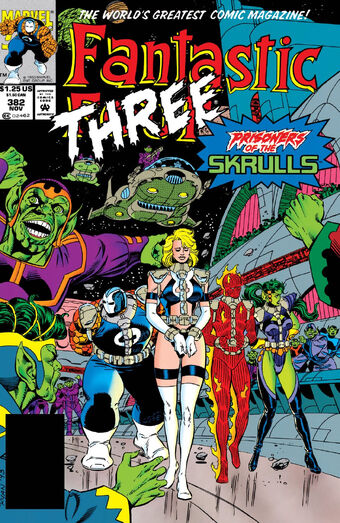 Anyhow, no time to mourn: A big space rescue is needed for Franklin, which brings us finally to the end of this multi-issue arc, “My Enemy, My Son,” issue #384, in which Sue Richards’ “Malice” personality re-emerges and appears to jump into Franklin, who becomes “The Destroyer.” 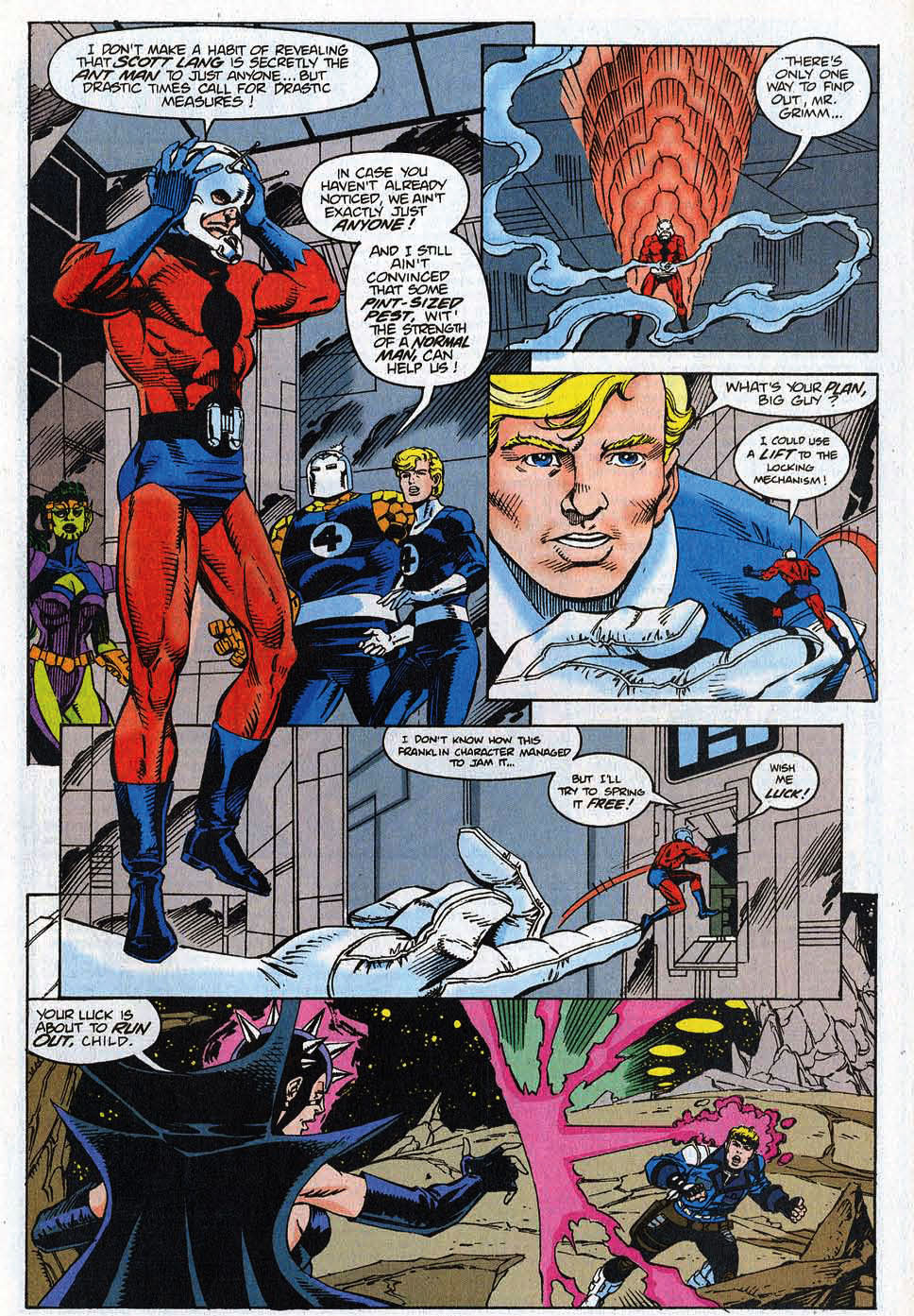 ‘Cause he can do science-y things.