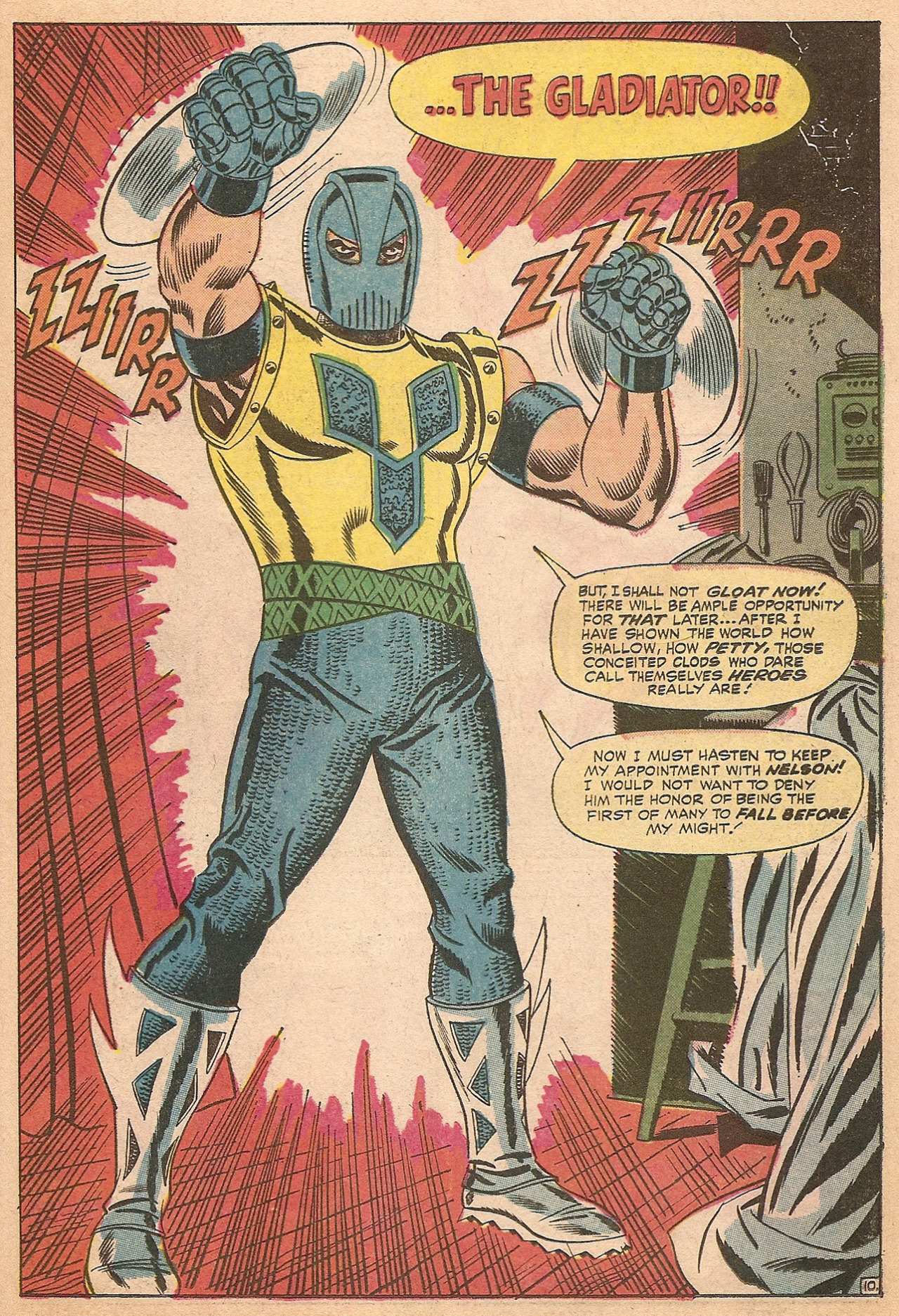 First appearance of The Gladiator, and the first time an artist drew the figure-by-figure motion of Daredevil, which became a signature style for the character–even all the way up to Frank Miller.

I’m a huge fan of Gladiator. It’s also the first time we had a “Daredevil unmasked!” storyline.  But it’s not Matt Murdock.  It’s Foggy!  It doesn’t go past these two issues, though, which is probably good because Foggy’s much to high strung to handle the pressure. 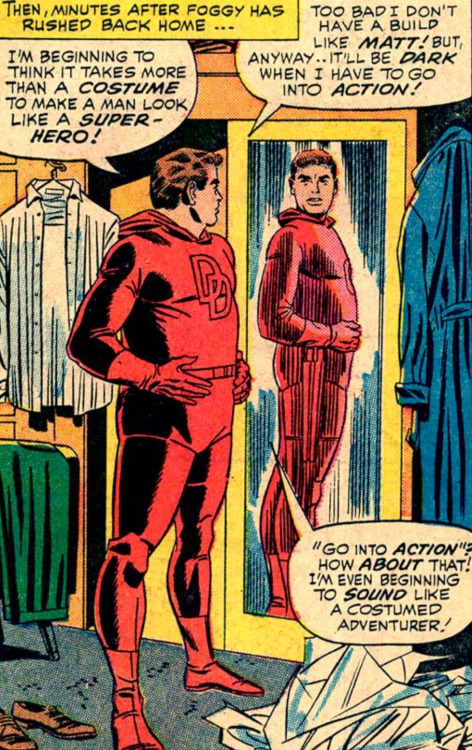 I suppose when they run around in masks all the time, superfolks shouldn’t be surprised that they’re constantly being framed for crimes and mistaken for others and such.  But as a story trope, it gets tiresome in these 1960s issues.

Anyway, I like Gladiator so much I’ll forgive him for teaming up with Masked Marauder.

I know Romita had done this already, with Amazing Spider-Man, but for DD it became something that made him special.