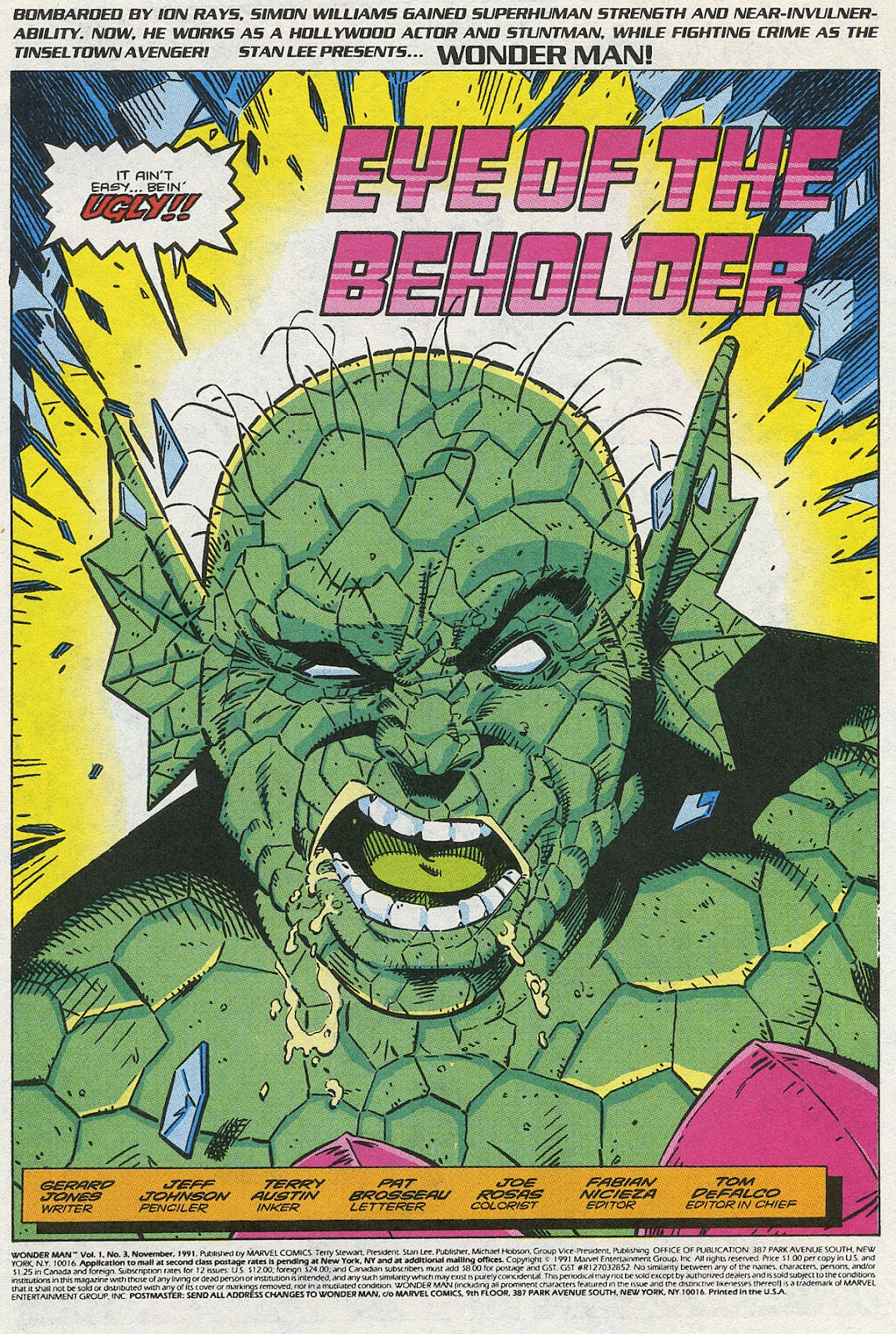 A woman who is mad about the way Hollywood portrays/body shames women looks for a cure for PMS via gamma radiation and turns into a female version of Abomination.

No, I’m not making this up.

Her name is Gamma Burn.

This has the potential to be very stupid, and that potential is fully realized in the issue.

Also in this issue: The debut of Wonder Man’s kid-sidekick. 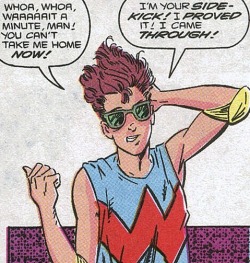 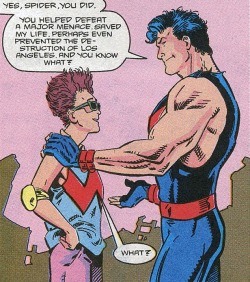 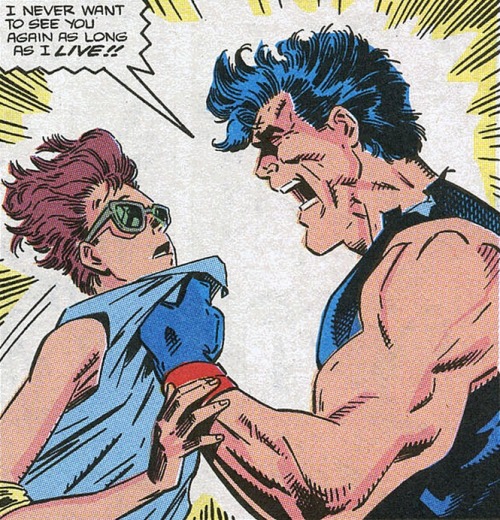 He’s called Spider, last name Beach, brother of Ginger, who is Wonder Man’s girlfriend.  Unlike his sister, though, he will eventually get a super-power (similar to Madrox, he can create dupes of himself), so I guess he needs a tag.

Creators: See credits on splash above.
Grade: C-.  This has been a good comic…Up to this issue.  Hope this is just a blip and not a downward trend.