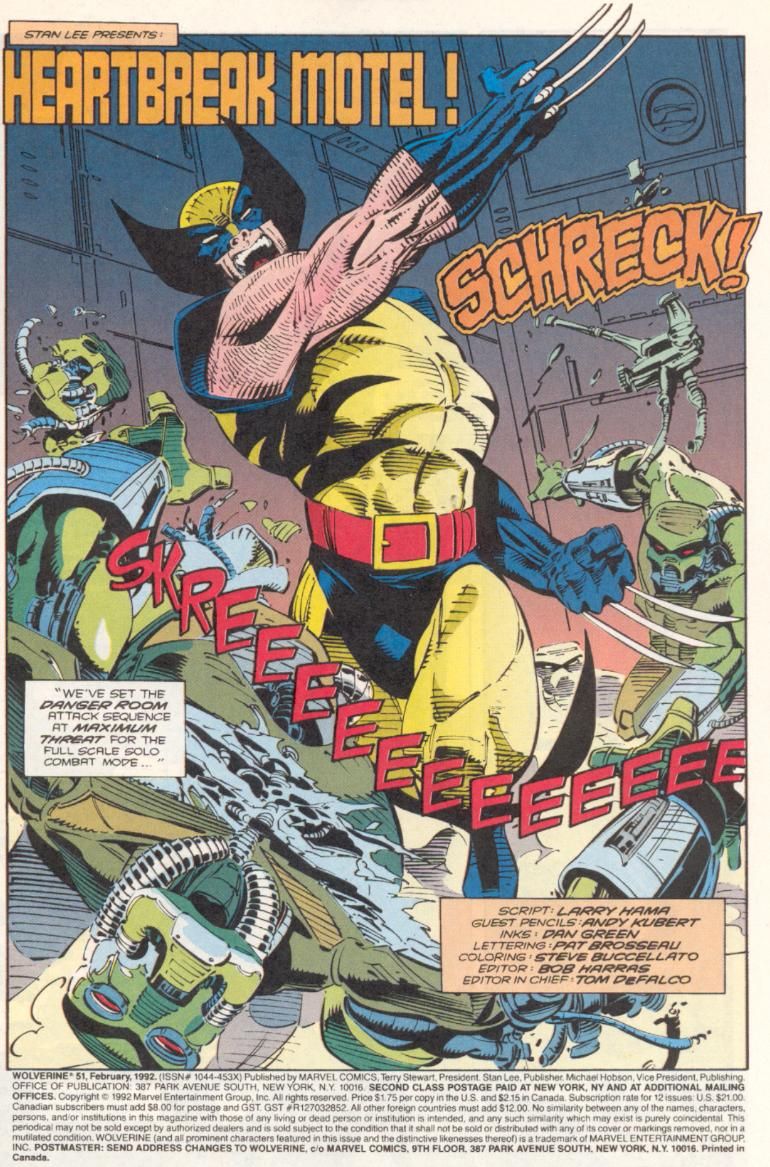 The 1990s was a period of adding a lot of detail into Wolverine’s backstory—something Chris Claremont never wanted to do because he believed the “mystery” was part of what made Wolverine fascinating as a character. 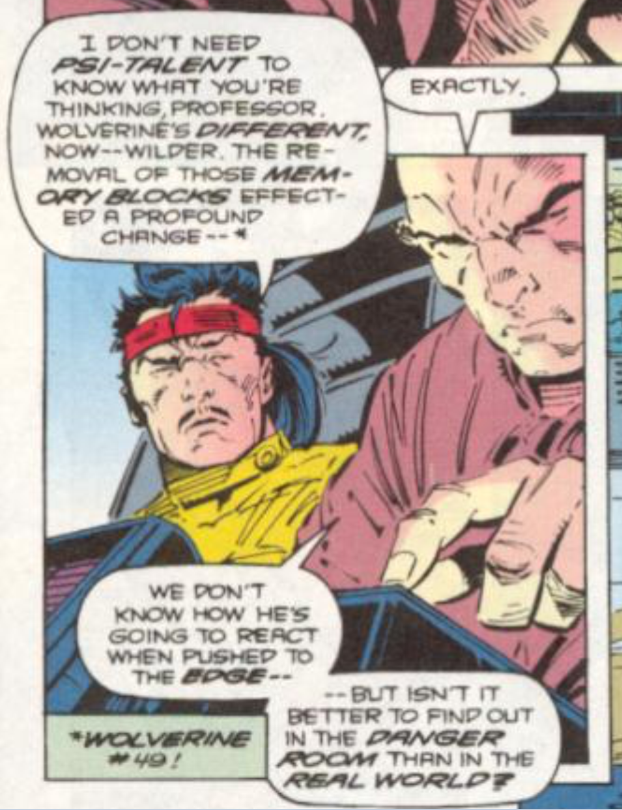 We start with a showing of how awesome he is in the danger room, and a reference that having his “memory blocks” removed has made him much better at which he does best, but also that he has become more animalistic.  Especially when presented with holograms of Sabretooth. 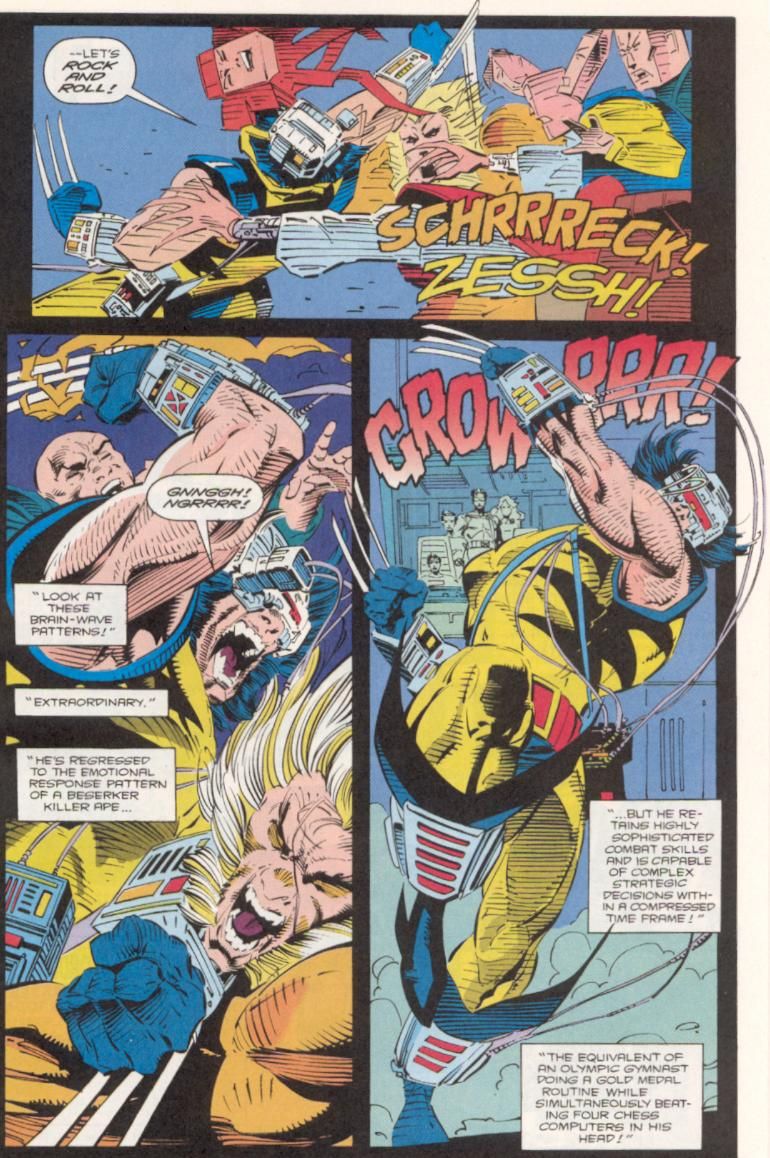 Typically, Professor X is more interested than scared for the health of Wolverine.

Then, when he’s done being tested, Wolverine goes out to get laid by a girl at a local bar.

It’s a very well-done section of the book that really shows how Wolverine is changing as a character.  It also allows some development for Jubilee, who has a crush on Logan and follows him to the hotel where he’s getting it on with the local girl—who turns out to be Jean Grey! No.  It’s Mystique.  And she’s with Wolverine because her teammate Spiral has, for reasons Mystique doesn’t understand gone on the warpath and is hunting down Mystique.  Or at least that’s what they think.  She’s actually trying to protect Mystique from a “plasma wraith,” and both Spiral and the wraith show up at the hotel room.

That’s almost the entire comic, and if that’s all there was it would be an excellent standalone issue. 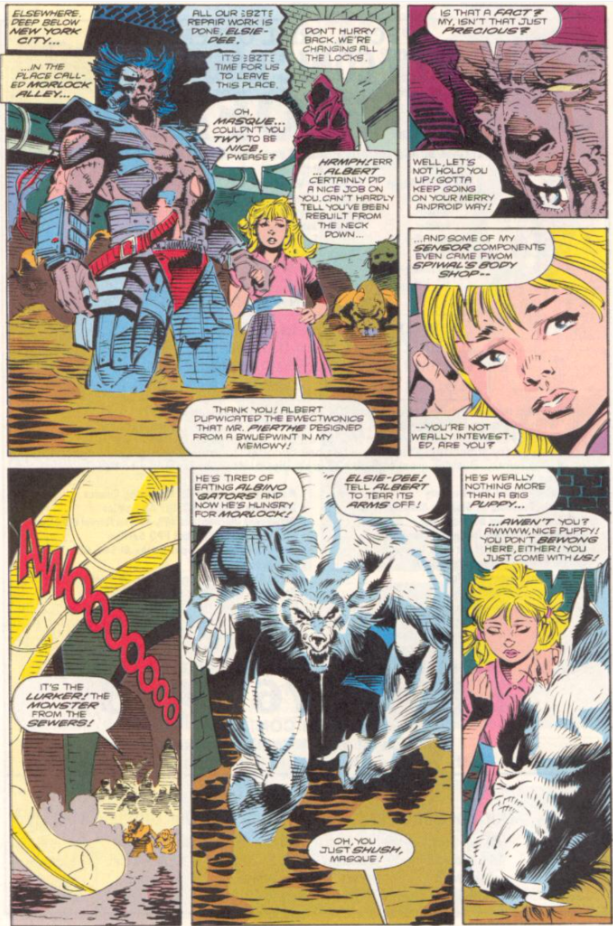 But the last few pages show us the robot girl Elsie Dee with her pet cyborg duplicate of Wolverine named Albert, hanging out in the sewers with Masque and some Morlocks. 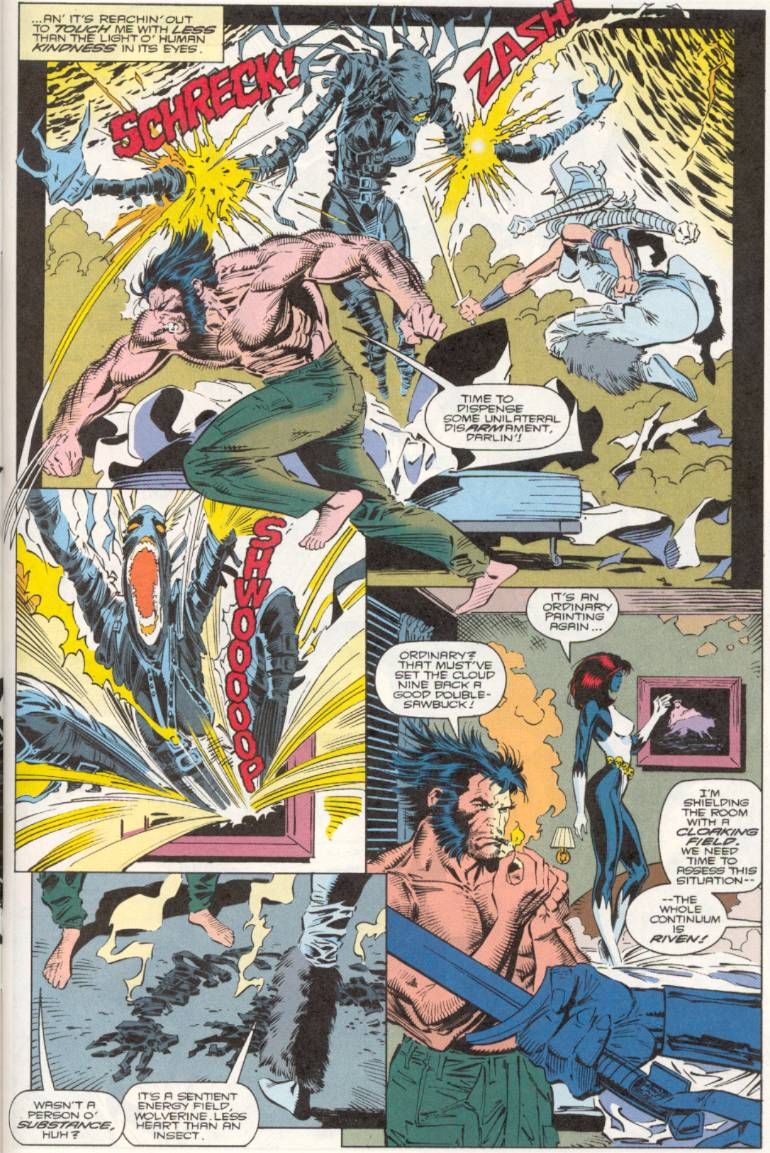 Next, it’s time for the big fight.  The three beat the Wraith pretty easily, and then Spiral stabs the TV set.

So, yeah, she is in fact a little crazy.  Remember, Spiral is from the Mojoverse.  She tells Wolverine and Mystique that others are coming to Earth 616, like this Wraith. 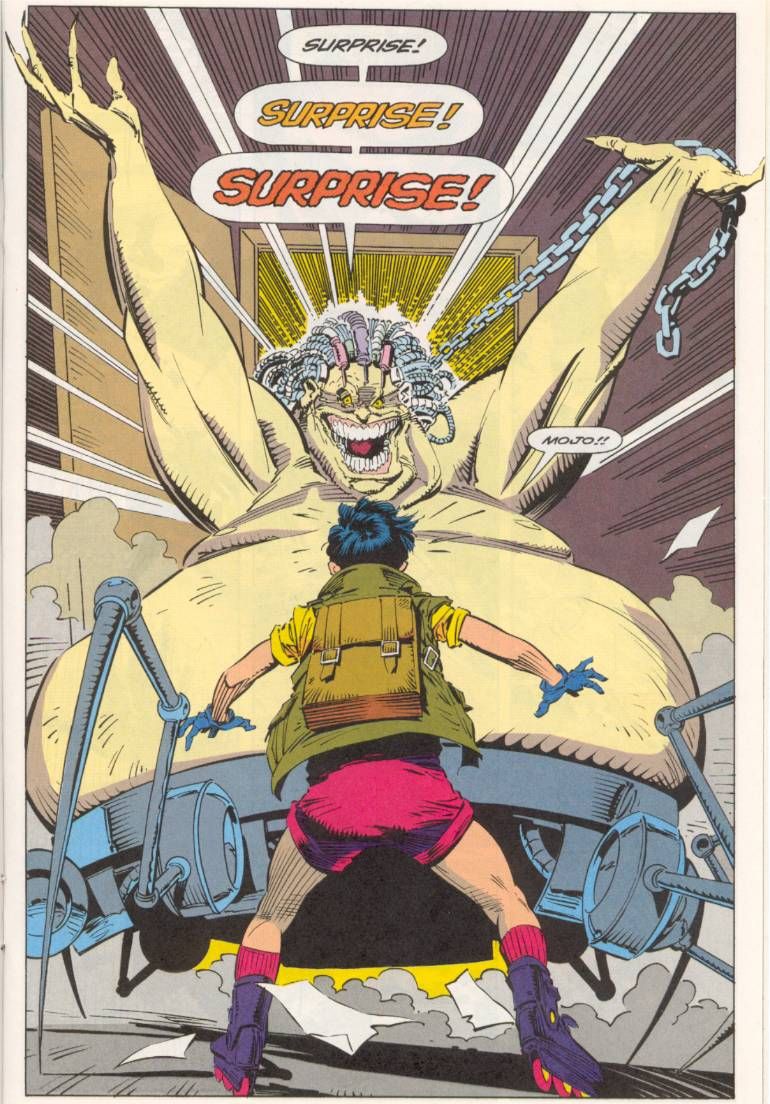 So, this is a Mojo story.  The rest of it just a lot of weird Mojo-dimension battles, which is too bad because the character work in the first issue-and-a-half is really good.

Mojo is weird and allows artists to draw weird stuff, but at the end of the day it feels like weirdness for its own sake, which is kind of boring.

The Elsie Dee story interconnects briefly because she has a missile and Wolverine needs to ride it to blow up Mojo.

I knew he drove motorcycles, but this takes “crotch rocket” to a new height!  Kinda like Slim Whitman in Dr. Strangelove.

But then at the end it seems like it was all a dream. Mojo stories are confusing, but this was one of the better ones.  And so nice to see Thing’s Floating Poker Game–because we haven’t seen it since 1981’s Marvel Two-In-One #75.

Creators: Larry Hama, Andy Kubert (issue #51 only), Marc Silvestri
Grade: B-, despite the Mojo portions, this is a solid issue.