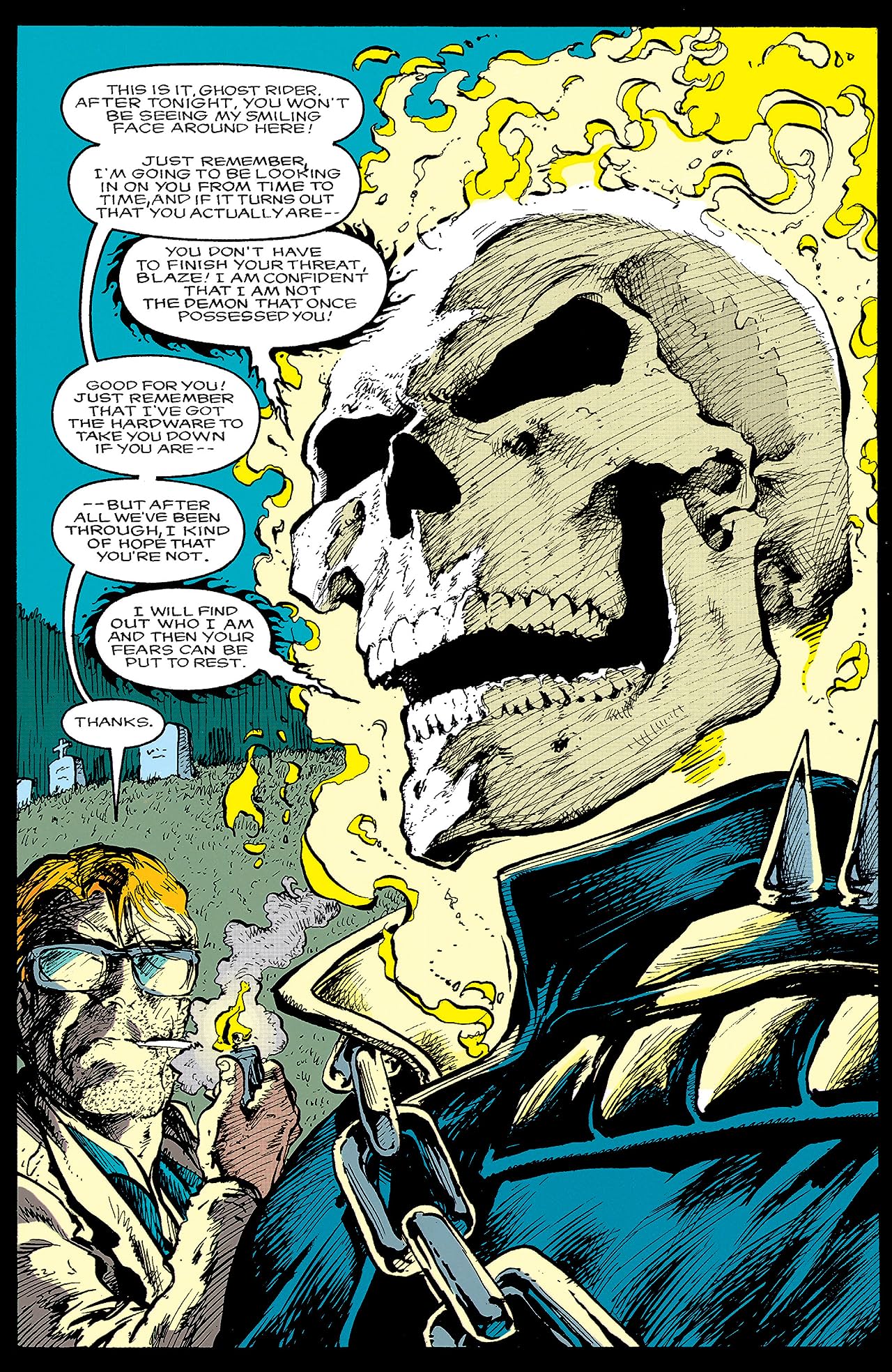 After telling the new Ghost Rider that he won’t be back, as long as it’s true that he’s not Zarathos (the demon who possessed Johnny Blaze), Blaze leaves this comic for now, so that Ghost Rider can try to figure out who he really is.

Then, it’s more about the religious cult that Danny Ketch’s mother is involved with. They serve a mysterious “master” (who will turn out to be Centurious, from the original Ghost Rider series). And their robes are pretty cool.  Oh, and Stygie, the head priest, eats people.  Literally.

They are trying to resurrect Danny’s dead sister, Barbara.  Ghost Rider stops them, leaving the Master in the last panel to swear he will get revenge.