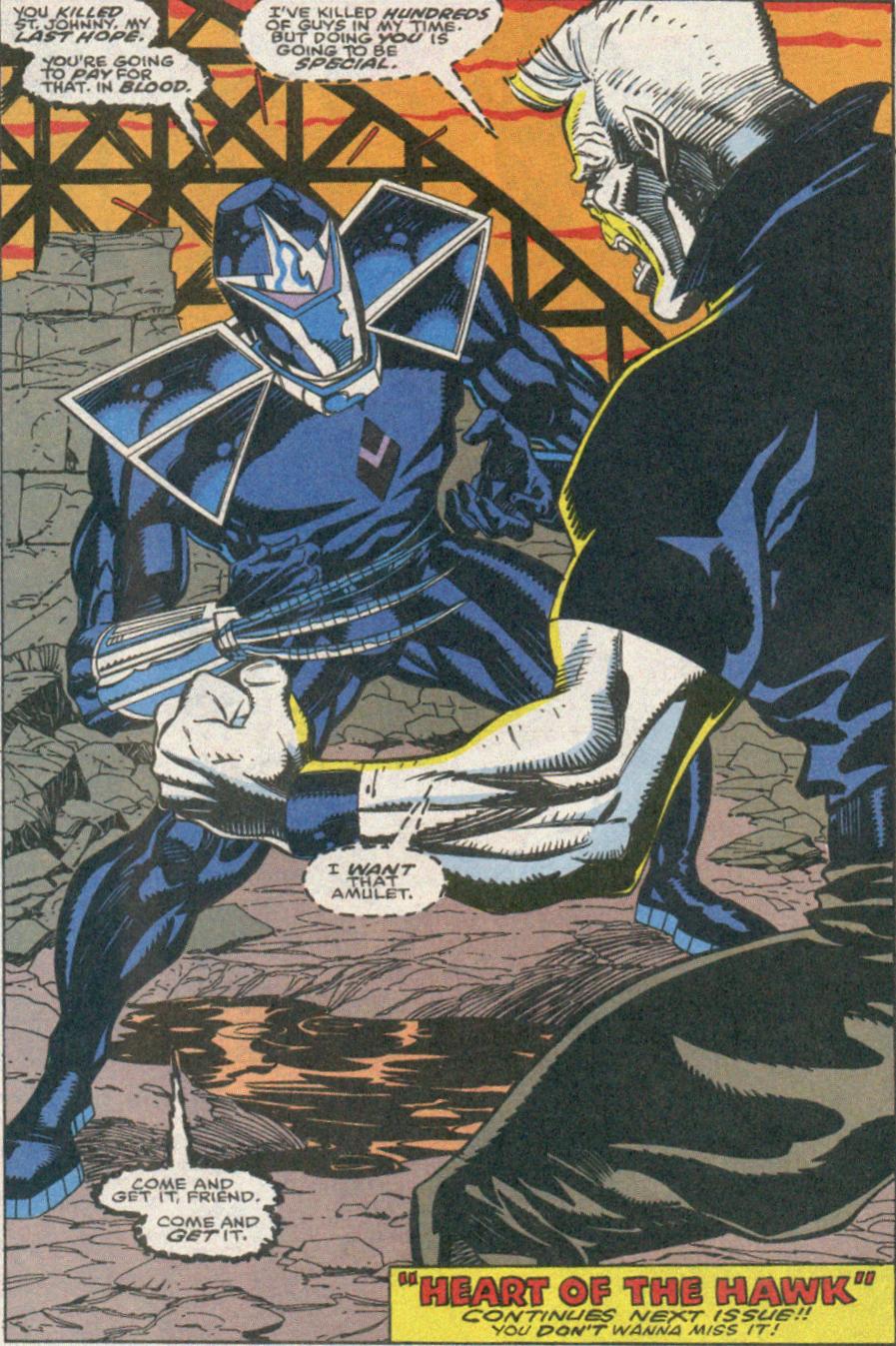 Tombstone wants the amulet that gives Darkhawk his powers.  Meanwhile, a crime lord arrested by Chris’s father tries to kill his younger brother with a car bomb (he fails, but young Jason is critically injured).

Up to now, Darkhawk has struggled with whether to kill or capture criminals.  Obviously, this pushes him hard in the “kill” direction. 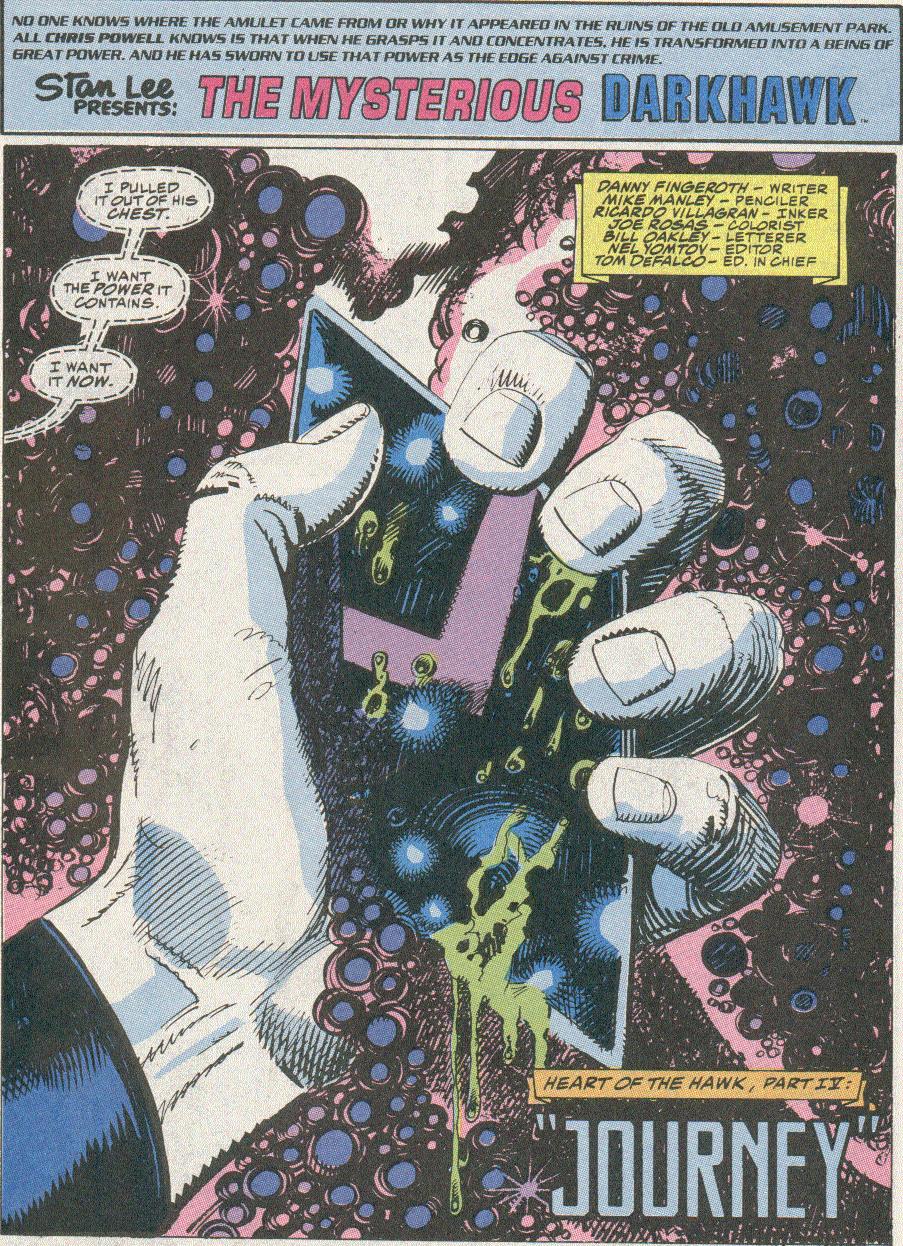 The two stories converge when Tombstone successfully rips the amulet off of Darkhawk’s chest, which locks him in his Darkhawk form, while he is injured, and the crime lord escapes prison and kidnaps Darkhawk’s dad.

So he has to choose between retrieving his amulet (which will heal his wounds) and saving his dad. This is certainly enough dramatic tension.  But why not add more?  Darkhawk pursues his father’s captor to an island.  The same one Venom was left on in Amazing Spider-Man #347. 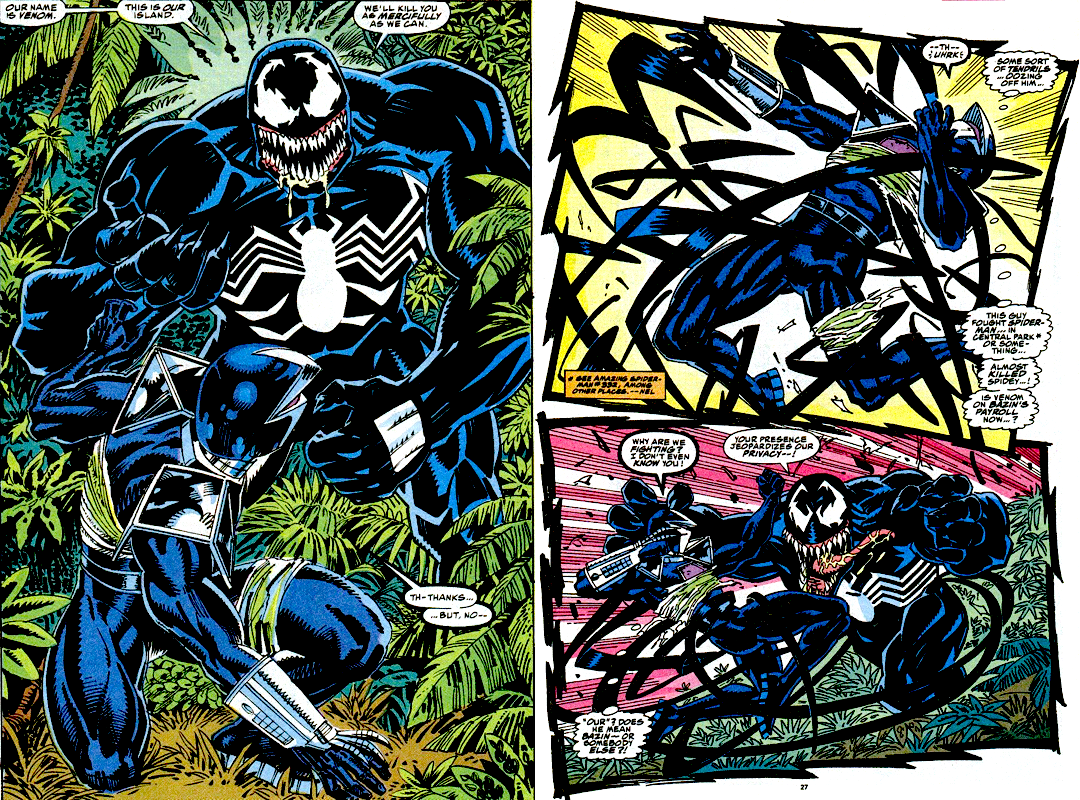 Venom takes a liking to Darkhawk and helps him (after they fight first), but Darkhawk’s father is killed. 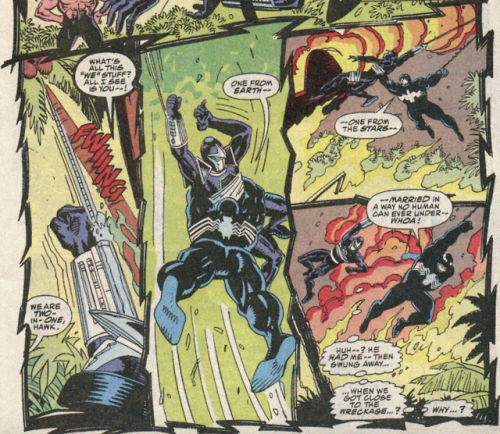 From there, it’s back to NYC where Darkhawk gets his amulet back in a rematch with Tombstone. 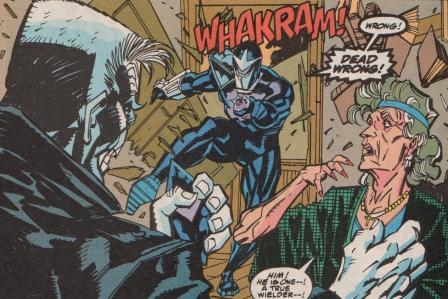 This story wasn’t bad, but the ending is a little too easy. 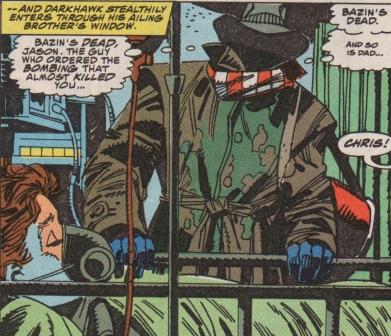