An inconsequential one-off in which Tony Stark laments the loss of his love Pepper Potts, and Iron Man laments the gain of Tony’s love, Pepper Potts.  Check out that prose.  Sheesh! It’s hard to bust up the Captain America story in issue #72, because unlike the Iron Man story, it continues for several more issues.  So why don’t we just say that in this issue, we learn that the prior solo Cap stories were actually narrated by…Captain America!  (He was telling the stories to fellow Avengers Quicksilver, Scarlet Witch, and Hawkeye.) 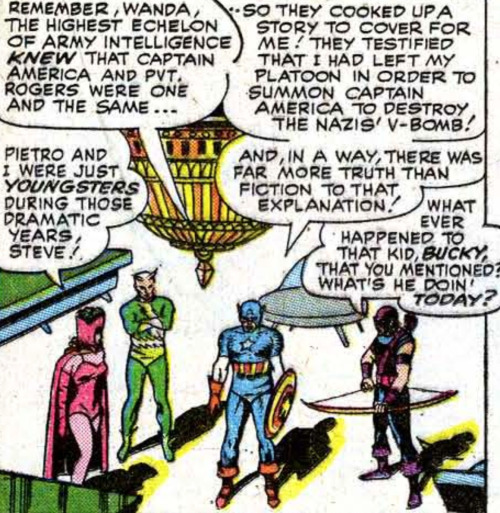 We learn a bit about how the Army maintained his secret identity for him.  And that the Nazis had giant robots. 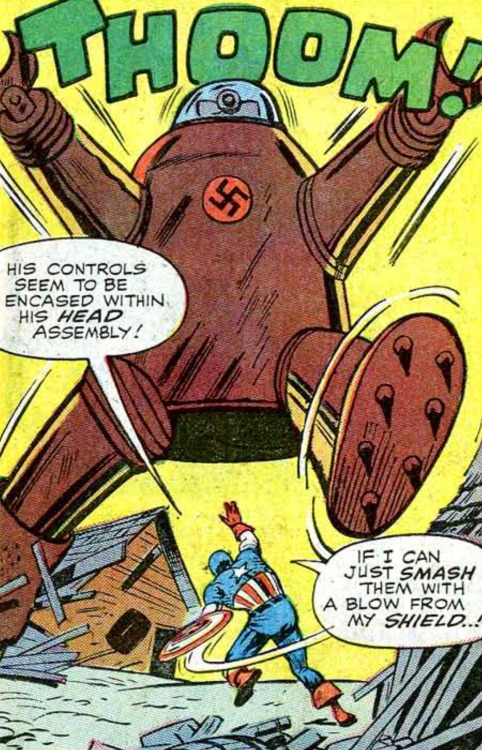