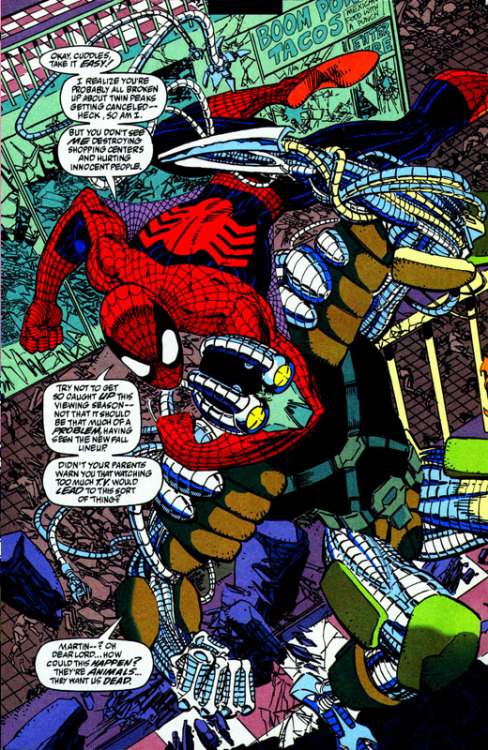 As I understood it, this comic, “Spider-Man,” was created to lure Todd MacFarlane into being exclusively Marvel, but he’s off the book now and it’s been given to Erik Larsen.  Not that Larsen is an inferior creator, or anything.  It’s interesting that two of the recognized founders of indie comics were sole creators of this book back-to-back. 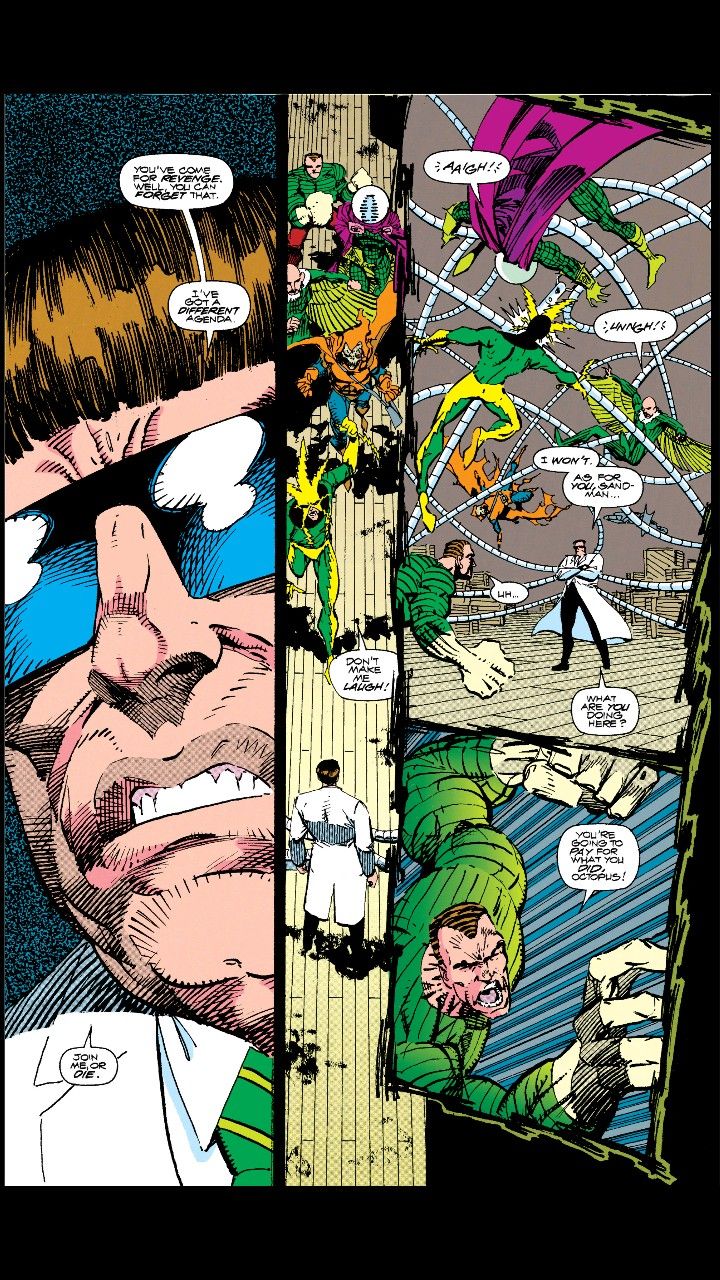 The story?  It’s a punchfest.  The Sinister Six are busy fighting each other, and Spider-Man, and there are robots, Deathlok, Ghost Rider, Moon Knight, and all kinds of nonsensical bashing.

It’s nice to see Larsen draw the hell out of guys like Mysterio. 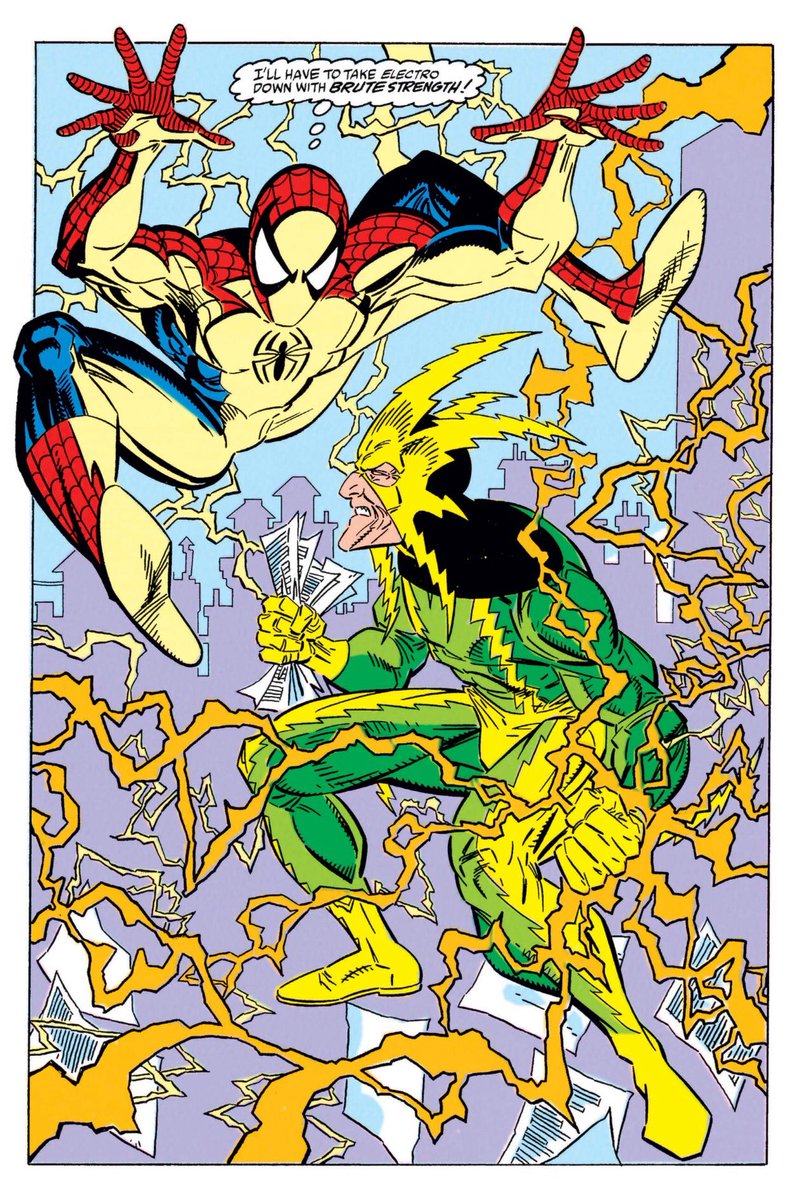 The Pantheon even sends Hulk in to help. 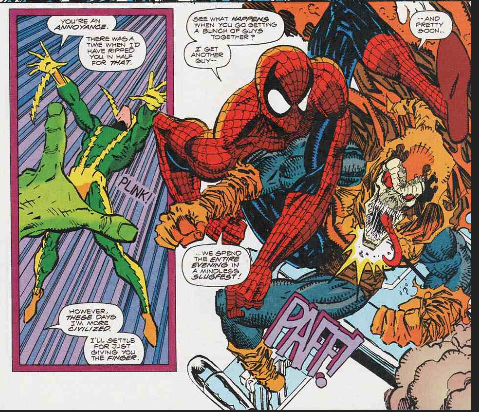 And this even happens: 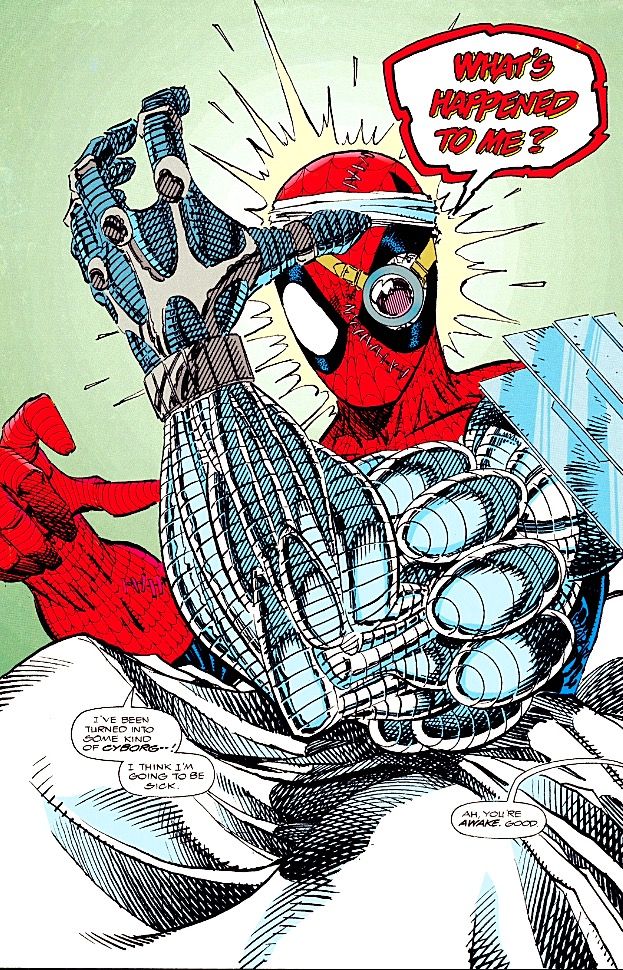 And where there’s a human/cyborg problem, there’s Deathlok. 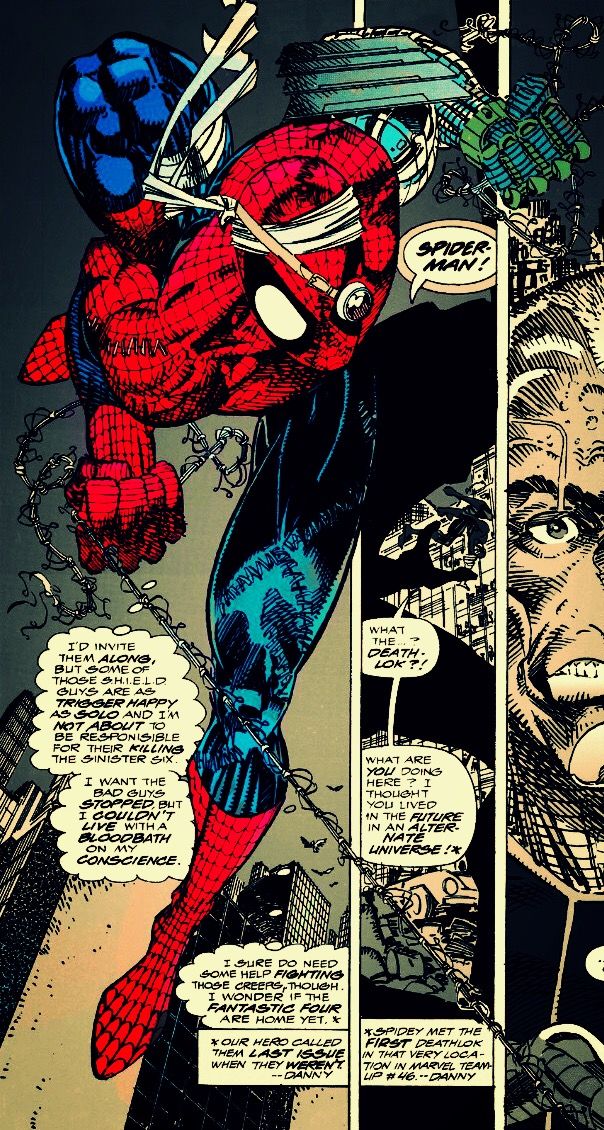 It’s a fun romp, but there’s not much to it.