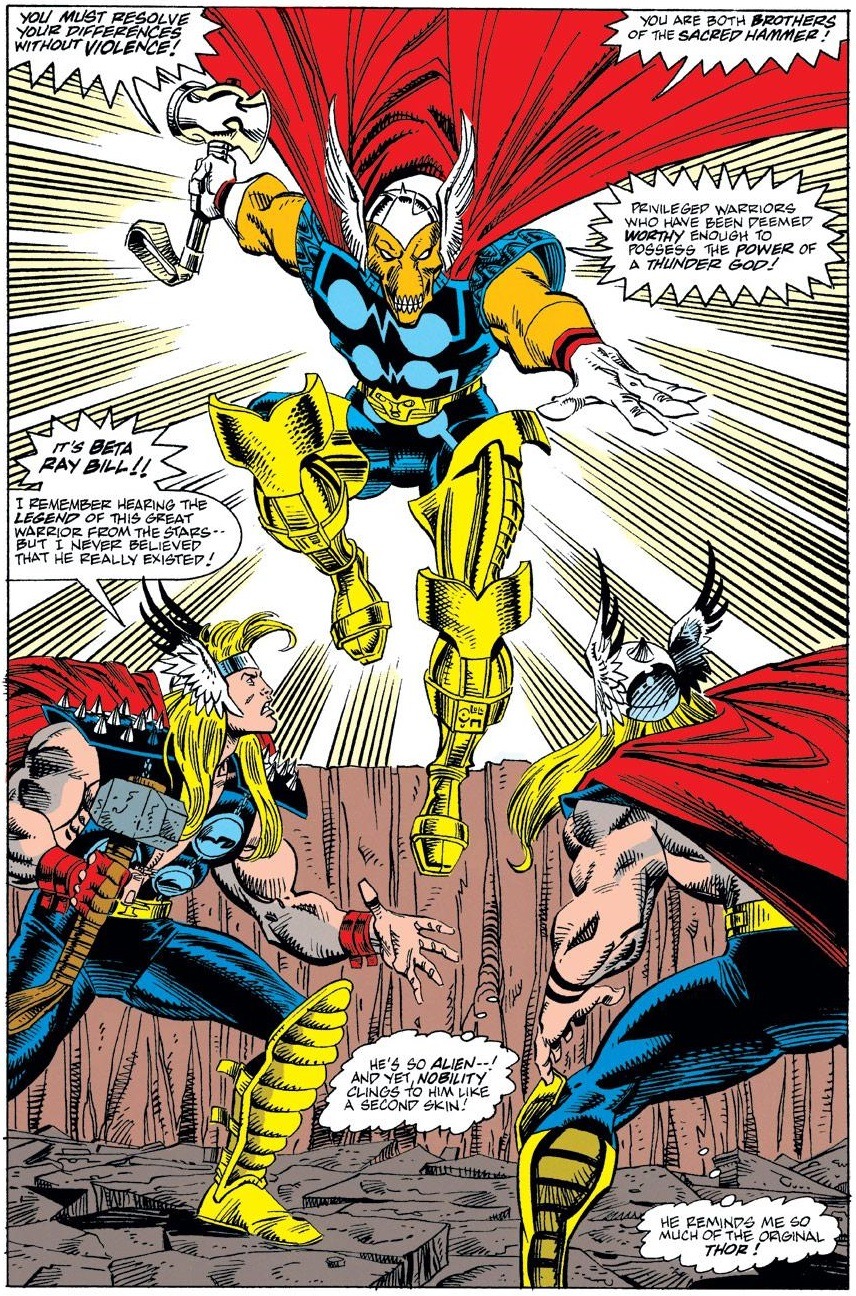 First of all, this is the first time I noticed the shin guards on Thor’s new outfit.  His only armor covers his shins.  What’s up with that?  Or maybe the four circular plates on his chest are also armor?  In which case, that’s an even bigger wtf?  They don’t protect his heart.  And his family jewels are completely unguarded!

These four issues are called, “The Thor War!” and it’s got three Thors.

Eric, Future Thor (called Dargo Ktor) and Beta Ray Bill.  All three of them take on Zarrko the Tomorrow Man.

It starts with future purple-armored Stellaris being mad at Thor because he “abandoned her in space.” 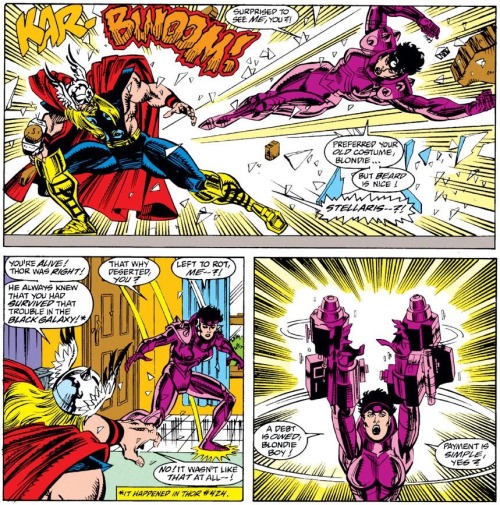 And knocking Masterson through his own apartment. 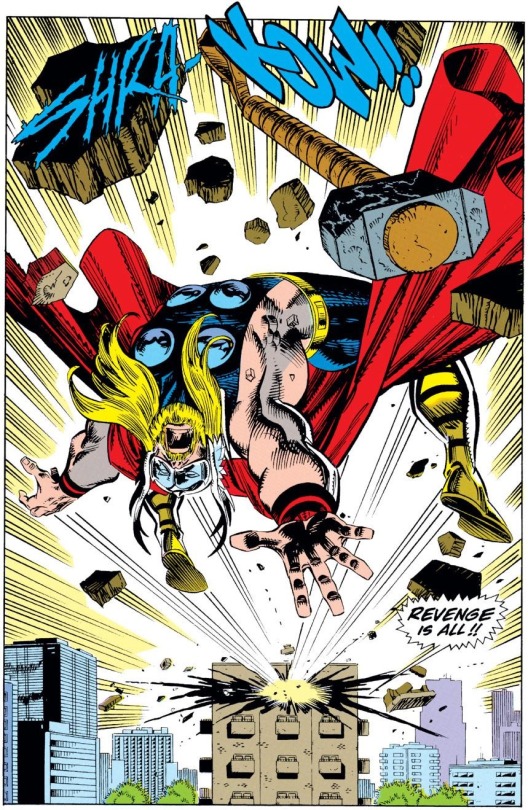 The fight just kind of fizzles out when future Thor shows up.

Then we see Beta Ray Bill in space, trying to help his race settle on a new planet.  His hammer tells him to go to Earth, so he does.  Now we have the Thor Corps.

And now it’s time for Zarrko to show up.  Of course, they’re all fighting to prevent timeline tomfoolery. 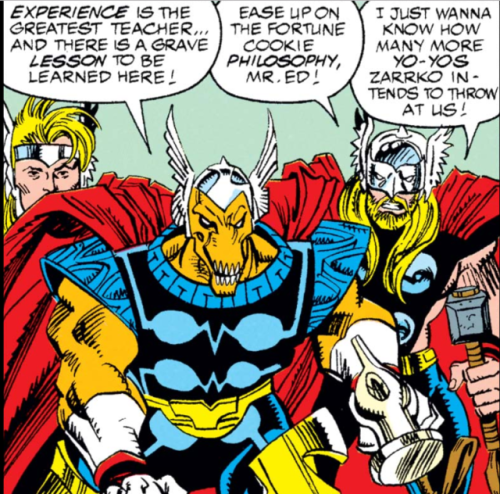 Zarrko’s secret weapons include bringing forward in time some Thor’s most (and least) famous villains. Like Grey Gargoyle (my favorite Thor villain), Mercurio the 4-D Man, Cobra, and some really esoteric villains nobody has heard of.  And Loki of course. 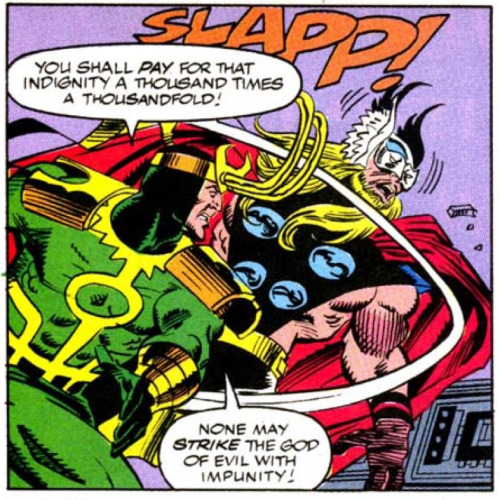 The cliffhanger is that Donald Blake is back.  God I hope that means Masterson will go away.  I know it doesn’t mean that.  But I wish it did.

In the back-up stories, Thor’s buddies Balder and Sif are waging war on Hel trying to find the real Thor and save us all from this horrible comic.  But by the end of these issues, we see that Thor isn’t in Hel so…None of these back-up stories mattered at all, except that they enabled Tom DeFalco to stretch this story across four issues.

Along the way, there’s more subplots about Eric Masterson potentially losing custody of his son, but…Nobody cares about that.