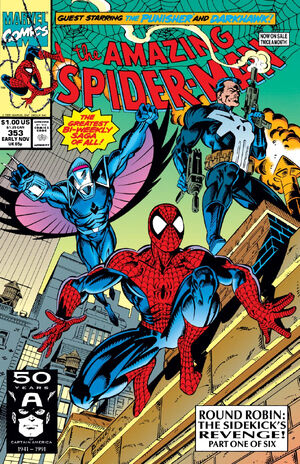 Despite what it says on the cover, a story titled, “Round Robin: The Sidekick’s Revenger!” cannot possibly be “the greatest bi-weekly saga of all!”

Or wait, maybe it can?  I’m not sure there has ever been a bi-weekly saga before.  Maybe in X-Men there has, I guess.  Also, Spider-Man’s other biweeklies, Web Of and Spectacular, are also doing 6-part stories.  So I guess you don’t need to buy those because they’re inferior.

Anyway, Al Milgrom returns as writer.  He’s not terrible, and he’s old-school, so maybe this won’t be just another 1990s fight-and-post-fest.

From the pages of Moon Knight, the clandestine Secret Empire have recruited Moon Knight’s sidekick Midnight to break the now-powerless Thunderball out of prison and build robots for them.  Yes, Thunderball is a good enough robotics expert that it’s worth breaking him out of jail.

Along the way, Punisher finds out and beats people up until he gets enough info to join the battle.  He also hates bad grammar. Even Darkhawk joins the fun. 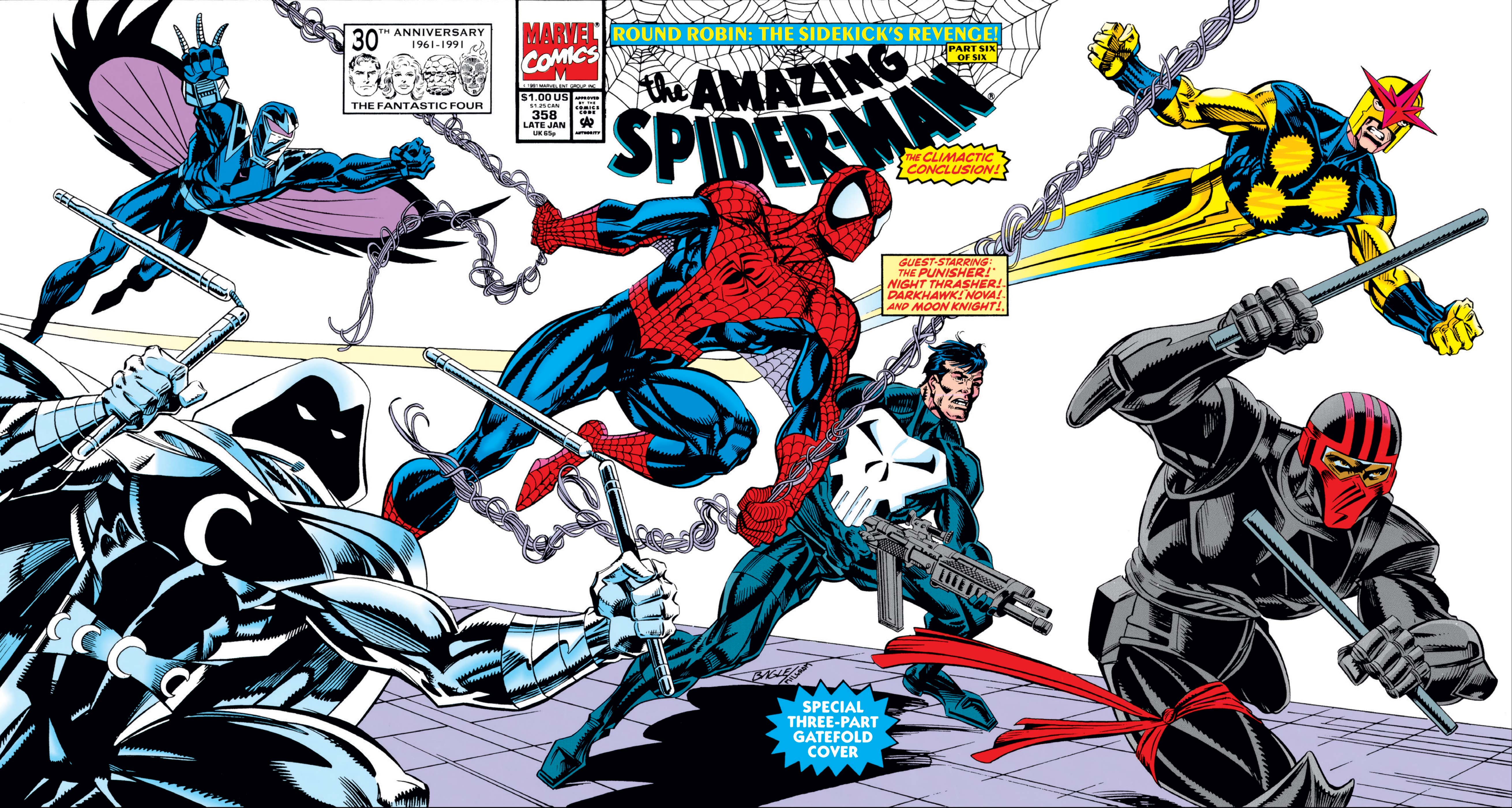 Including guys like him and Nova/Night Thrasher is an obvious cross-promotion, but the New Warriors is one of the better Marvel books so I’m not offended by it. 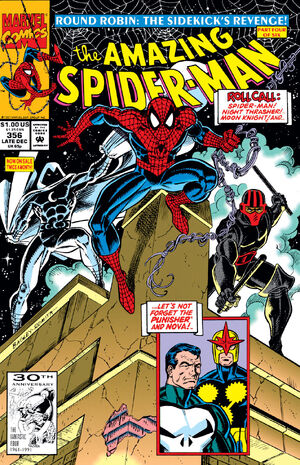 And we get a big cyborg fight. 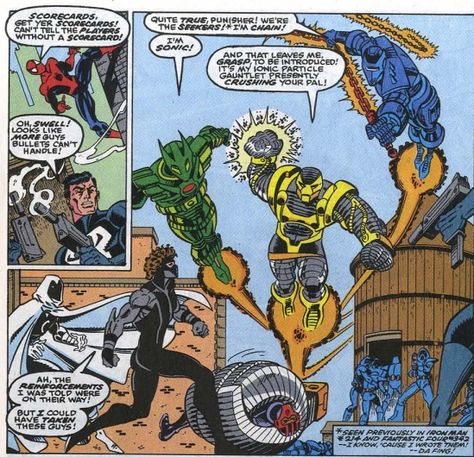 Midnight also tries to recruit Nova and Night Thrasher along the way, Spider-Man and Moon Knight work with Captain America. There’s a ton of guest stars, which makes the essential nature of the story (there’s not much of one) a much easier read.  Secret Empire continually betrays and backstabs its own people, so one by one it’s allies disappear.

We end with Midnight back on the side of justice, and it looks like Thunderball, too, has become a good guy.