Another genius splash page for a story that’s a character piece…About Galactus! 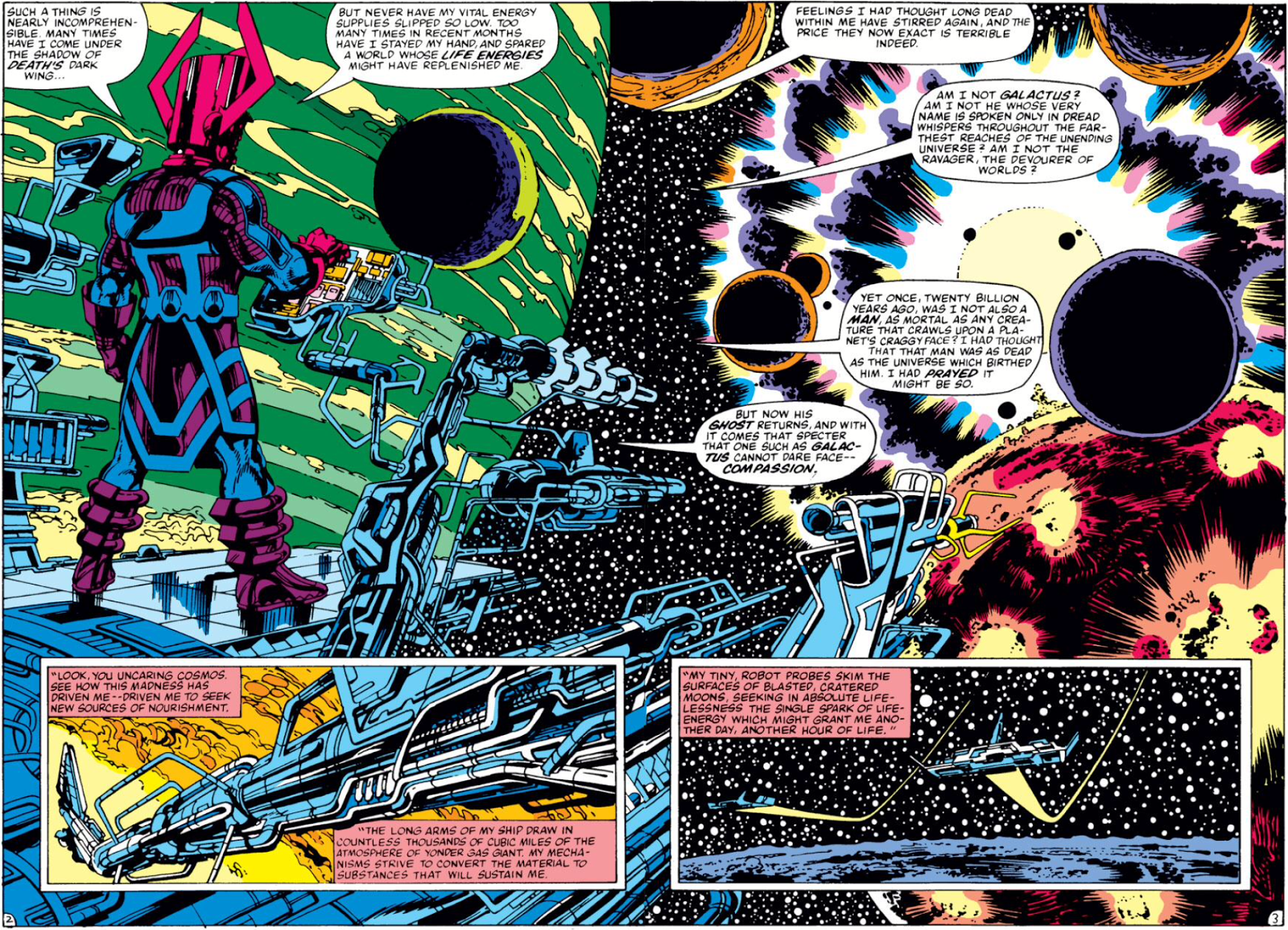 The whole issue is a conversation between Death and the big G wherein Death advises Galactus that he can do what he does—eat planets and wipe out entire populations—and still have a conscience.  Essentially, Death argues that death is inevitable, and both s/he and Galactus exist to move the universe along to where it needs to go.

Apparently, Death is convincing, because he’s totally cool with his herald Frankie Raye leading him to the Skrull homeworld.  To now, he’s been making efforts to eat uninhabited planets.  And…He does eat the Skrull’s planet!

In the past when he ate a planet, we saw a bunch of machines assemble on the planet’s surface–we never saw it like this before. Much more visceral. 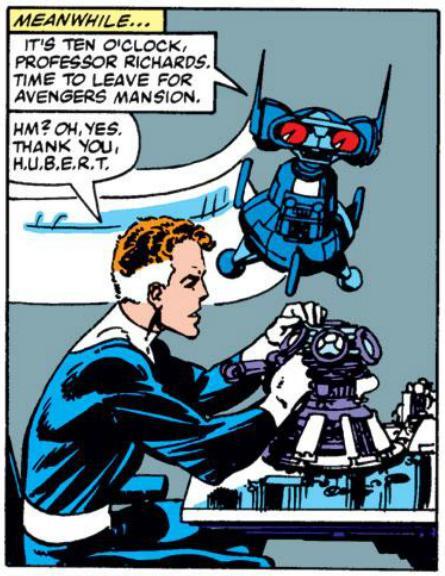