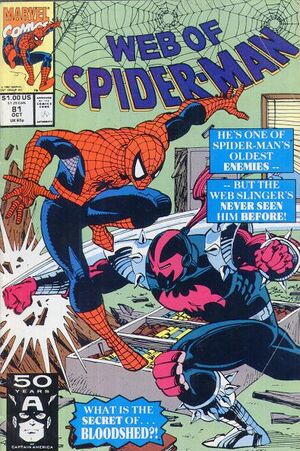 The cover asks, “What is the secret of Bloodshed?” and tells us he is one of Spider-Man’s oldest enemies.  Who from his past has returned?  Answer: Nobody we’ve seen before.

The story starts by creating an event, in the past, where Spider-Man stops two brothers from stealing a car, and then shows us what happened next to those kids.  One grew up afraid of the law, not wanting to return to crime.  The other stayed in the life, separated from his brother and blaming Spider-Man for the family’s breakdown, and hating his brother for going straight. 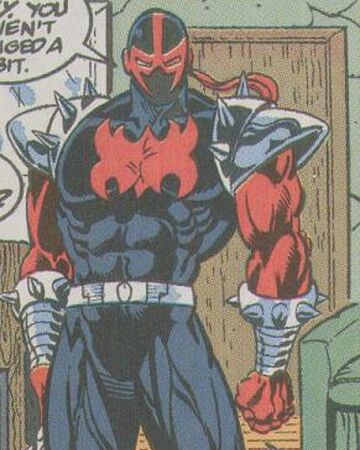 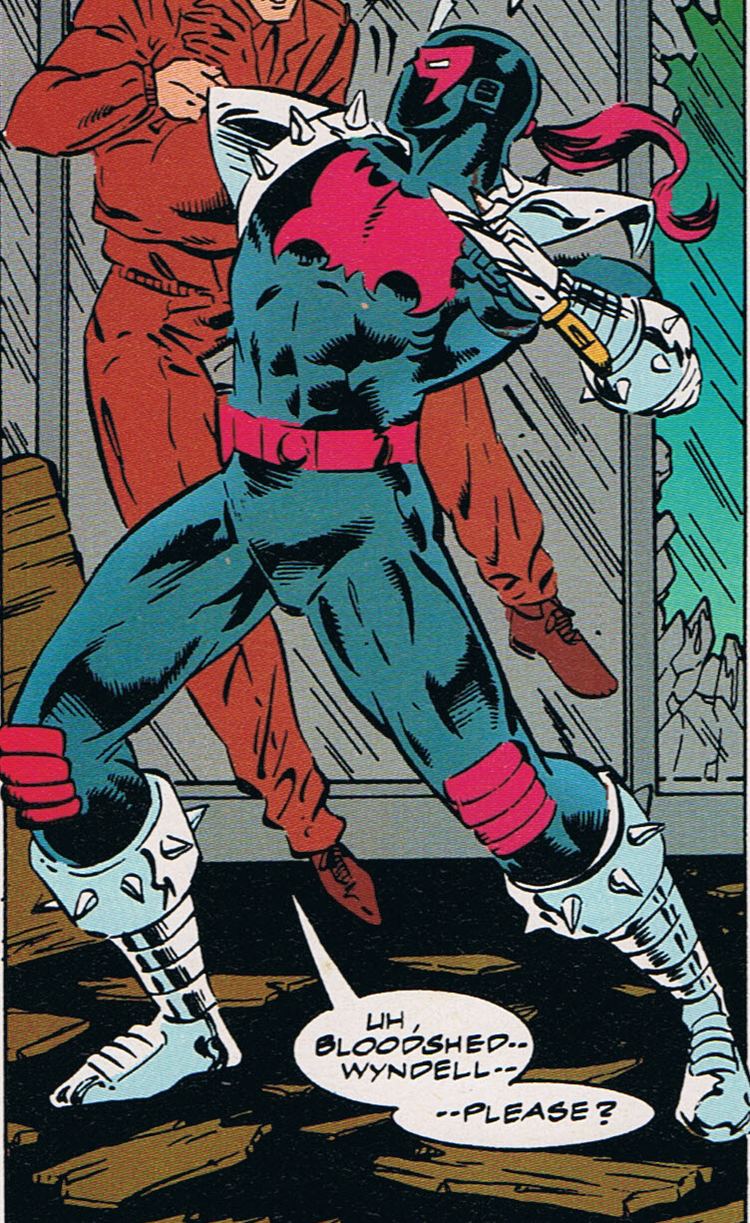 It’s an interesting idea, even if it’s not entirely novel, told in an interesting way.  It’s rare we see the life of criminals after being arrested by Spidey.  Other than that, it’s a straight up revenge story.

Bloodshed’s not particularly interesting–he’s just got a suit that augments his strength.  And he’s not hard for Spider-Man to beat.

And he never reappears.