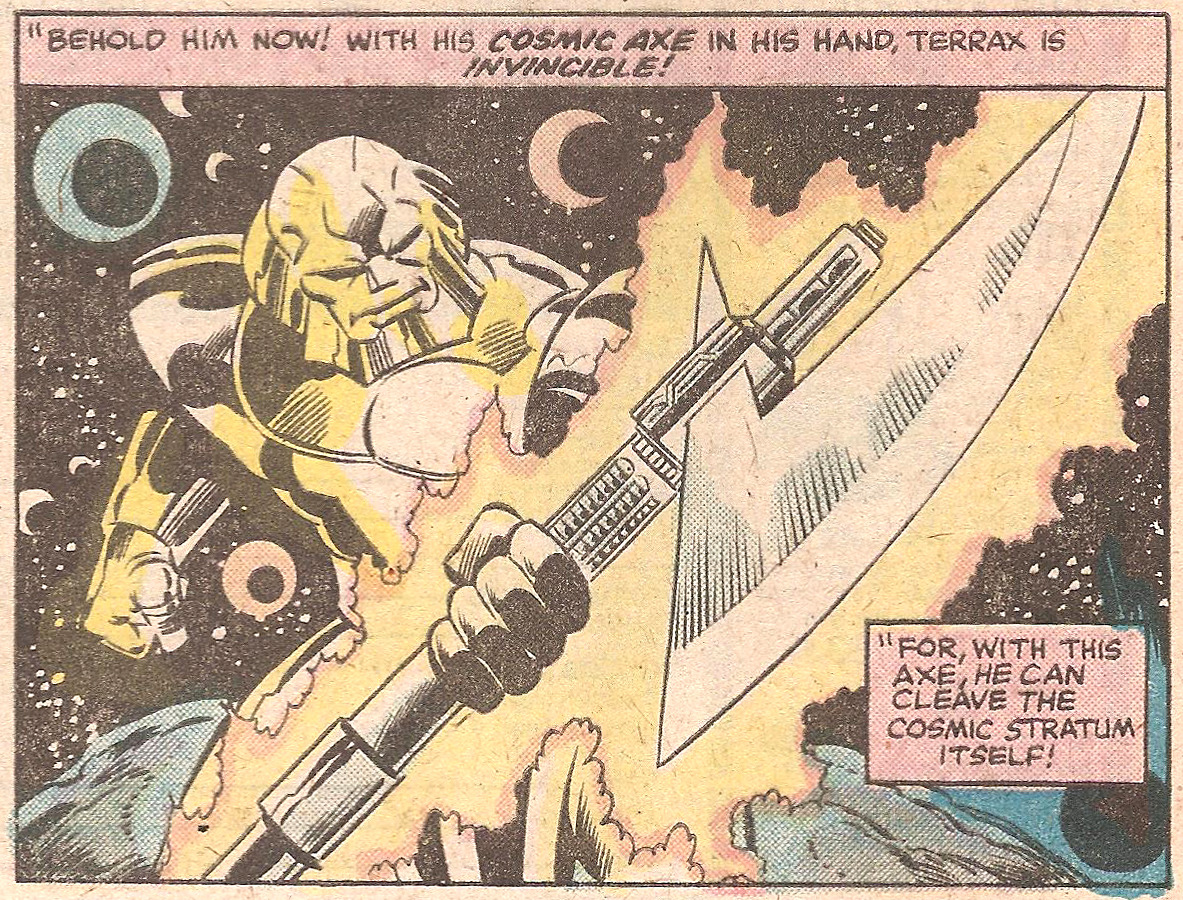 As part of the Skrull/Xandarian conflict, the F4 are shot with a gun that makes them age faster.  Also, there’s a giant dude who is connected to ancient Egypt and goes by the name of Sphinx.  Yeah, that’s kind of dumb, but the story works.

Anyway, nobody cares about all that.  What we do care about is that #209 brings us two legends: John Byrne’s first issue on art, and the first appearance of HERBIE the robot.  Here’s the sequence, which provides a life-meets-art explanation of the Torchless F4 cartoon:

Of course, we all know the truth, which was that Marvel was threatened with an infringement suit if they used Human Torch (no, it wasn’t that a parents’ organization objected to a fiery dude—that’s all comic book legend).

Yeah, that was Nova up there.  Richard Ryder version.  He’s now brought a bunch of guys he met in his solo book and formed the Champions of Xandar.  This is what they look like when they’re all running in the same direction. 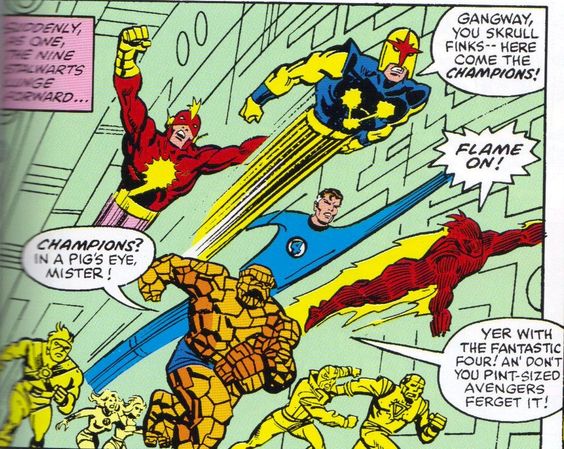 In order to defeat Sphinx, the team has to recruit Galactus and we get this wonderful John Byrne full-pager:

G-man says he’ll help but only if Reed Richards agrees to let Galactus take back his promise never to eat Earth.  Reed agrees, because Galactus didn’t call no-backsies on that trade in the first place—and also agrees to find Galactus a new herald.  Which brings us to my personal favorite herald…

I love what John Byrne does with Terrax in later issues of the F4.  Anyway, G and Sphinx prepare to go mano-a-mano…

They do, and Galactus gives Sphinx a major beatdown, ending the cosmic portion of this epic.  Except that The Watcher showed up and cheekily acknowledged that he doesn’t take his non-interference vow very seriously…

Also, along the way, Reed Richards has a wild west showdown with Galactus and uses the ultimate nullifier (1st appearance!) to get him to back off Earth.  Of course, he swears he’ll be back.

Wolfman’s run on FF has been bad, but these last few issues are actually pretty good.  He’ll be done soon.  I have to believe that having a phenomenal storyteller like John Byrne on board helped Wolfman up his game.  Wolfman’s work with George Perez was also much better than his work without him.