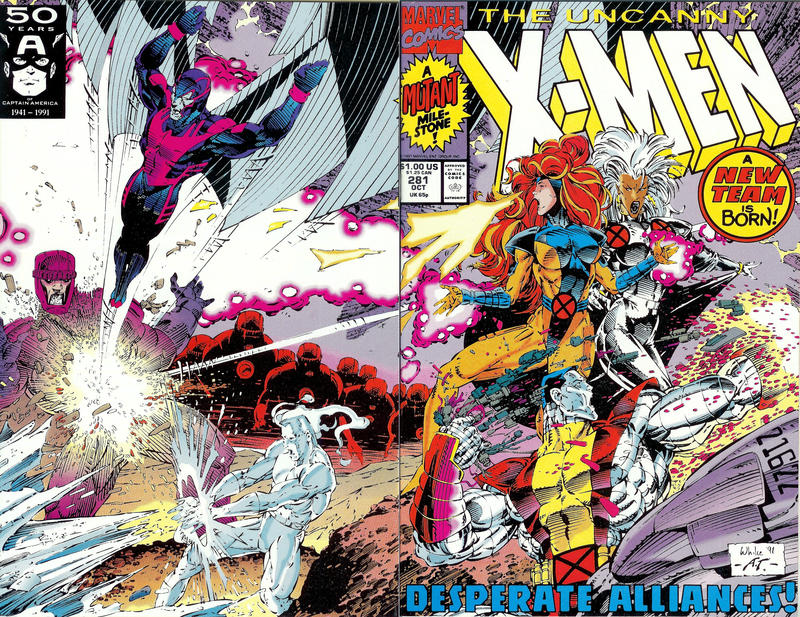 All the X-books are rebooting and the first one, Uncanny, is no exception.  So this is a “big” story, and therefore has a “big” spread cover and starts with a two-page spread as well, with the Sentinels killing some Reavers, and also killing Donald Pierce, once and for all. 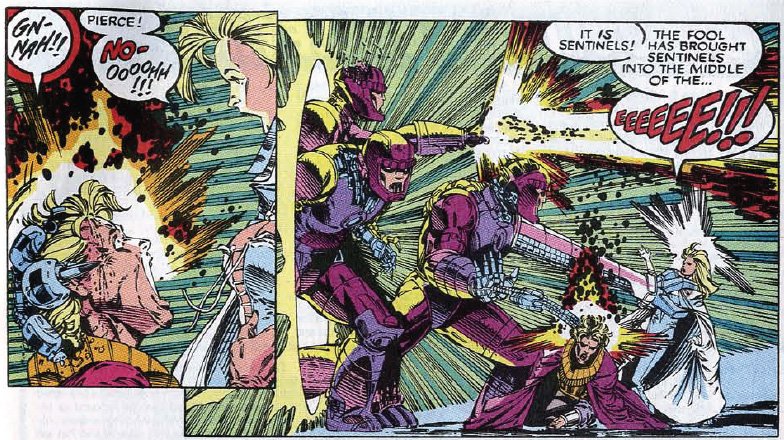 Then, the X-Men go to visit the Hellfire Club, where Emma Frost tells them that someone is killing her Hellion students.  The killers are a new group we haven’t seen before, and the killing seems to be a game to them. 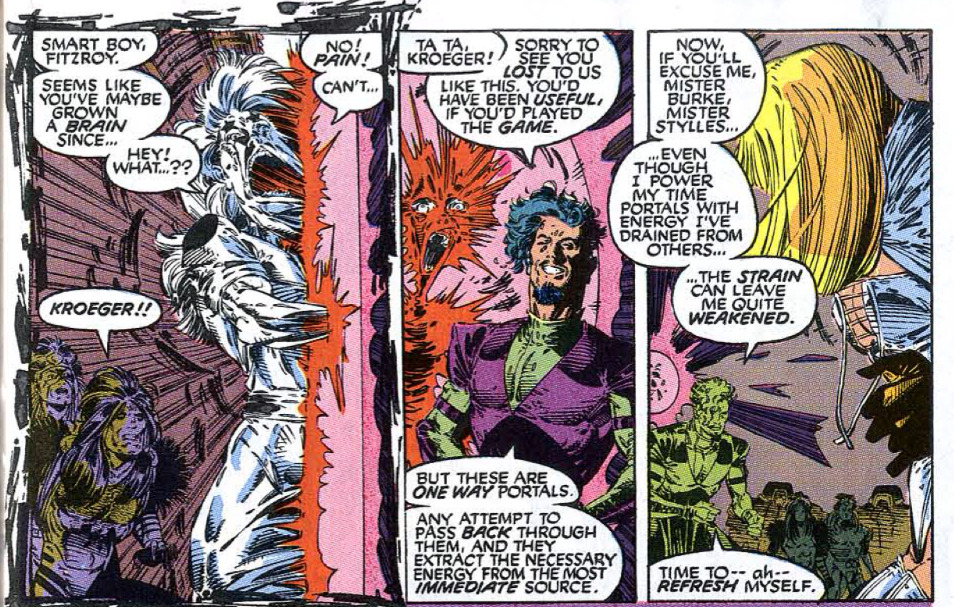 So the X-Men and Hellfire Club join forces to stop the new threat.

The dude above is Trevor Fitzroy.  He’s one of the guys playing the “kill mutants” game.  He is teamed up with a teleporter named Bantam.  He’s also a time-traveler, using future tech to play the game.

Along the way, Colossus rejoins the team. 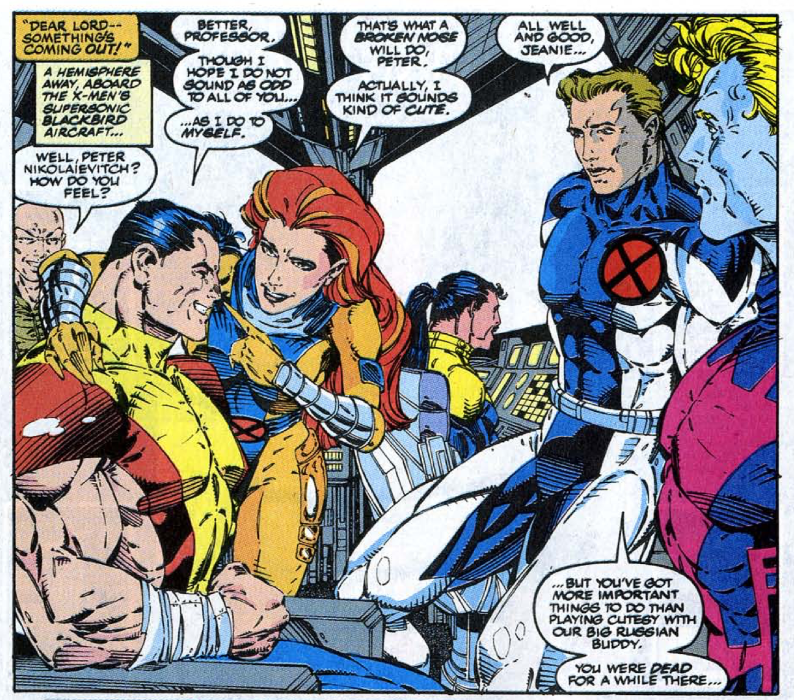 It turns out, mutant life-forces are the fuel for his time travel, and so killing them enables him to bring more people from the future into our time, so Fitzroy can expand his power base.  One of these guys is… 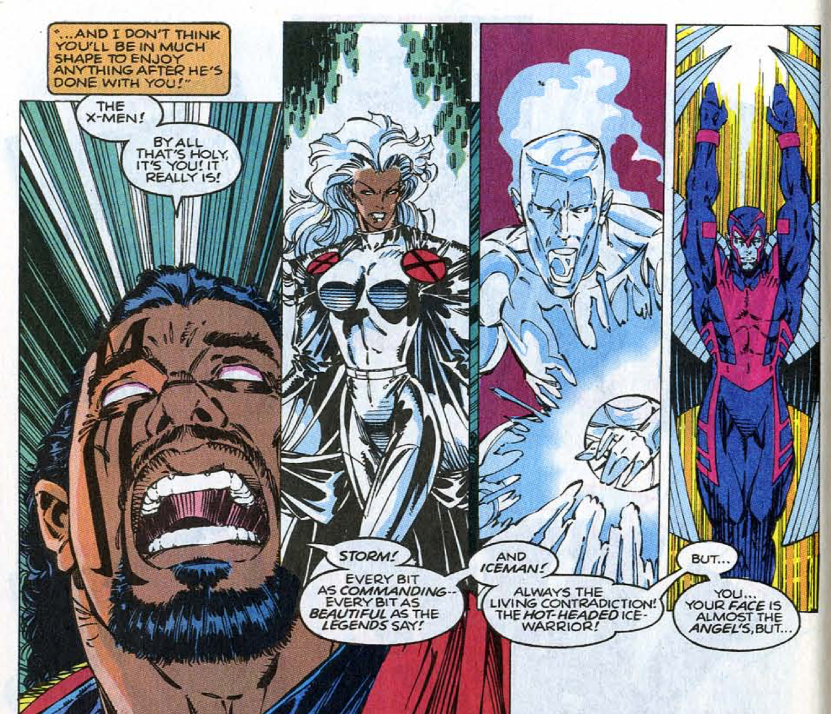 Bishop.  He’ll be a major character, of course, even if Fitzroy will be gone in about a year.   He’s also a future mutant, but he knows and admires the X-Men.

All the future mutants have the letter “M” on their faces, which is helpful because the cast of characters is beyond unwieldy and confusing.

It turns out that Xavier’s legacy lives on in the future, as mutants form the XSE organization (Xavier Security Enforcers), and Fitzroy is an anti-mutant guy trying to bring the forces back in time to squash their dominance in the future.

At least I think that’s the narrative.  Again, there’s so much chaos and fighting going on and so many characters that it’s really hard to follow the story. 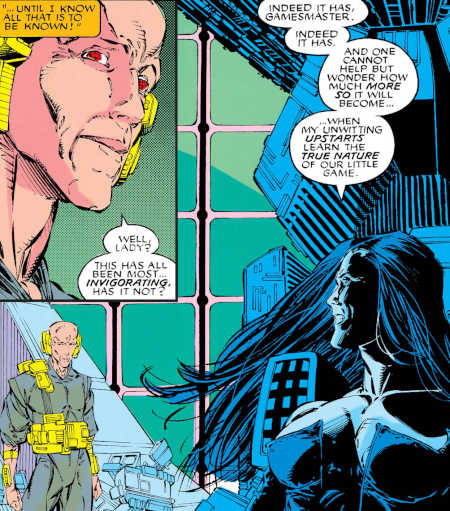 And he’s in touch with “Gamesmaster” who is the referee for Shinobi and Fitzroy’s competition.

Along the way, Sunfire gets a new costume. I can think of no good reason for this.  The outfit is generic, and we’ve already got way too many mutants running around with similar physiques and costumes. 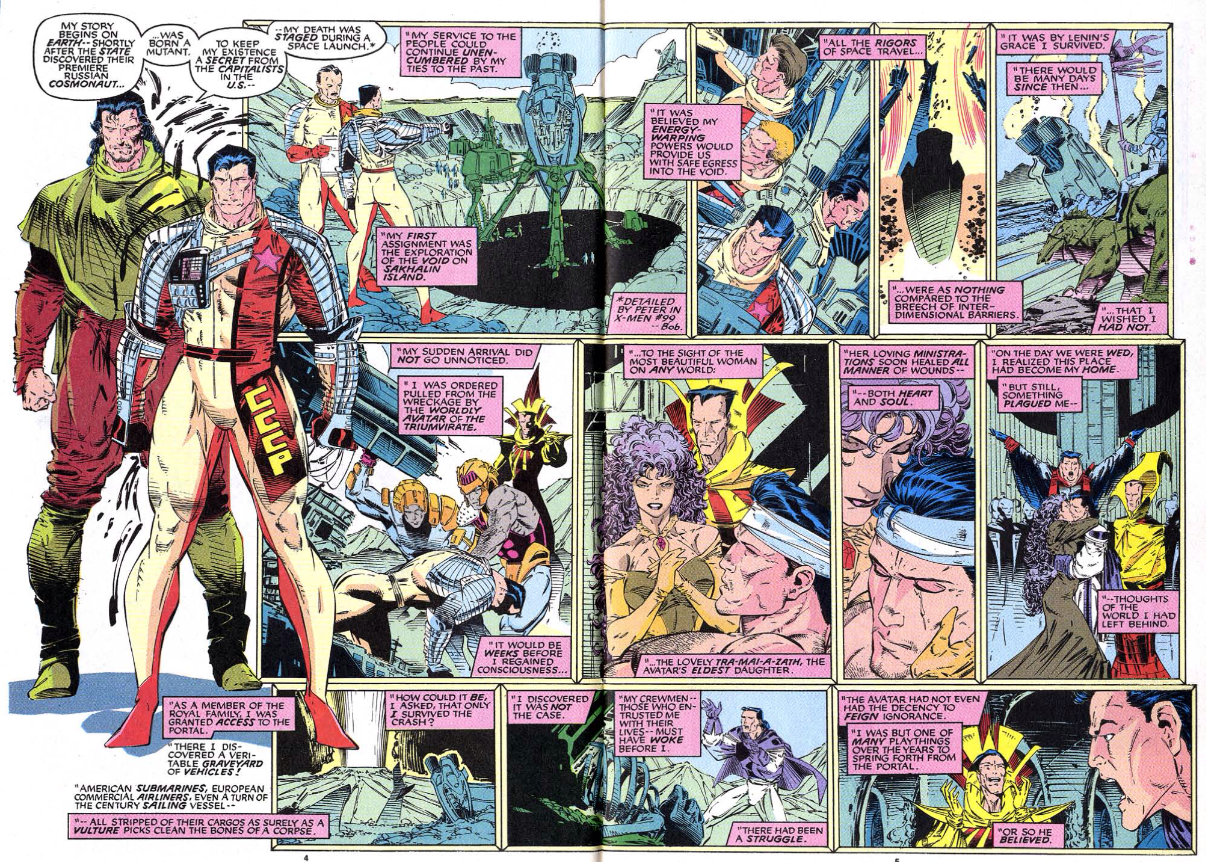 And some of the X-Men get shunted to another dimension, where we meet Colossus’ brother for the first time.  He’s been living there, and now he’ll be part of the X-books.  For really no good reason at all.

These issues are completely chaotic and feel busy for the sake of being busy.  I know a lot of people love the 1990s X-books, but for me this is the end of the X-Men for a while.