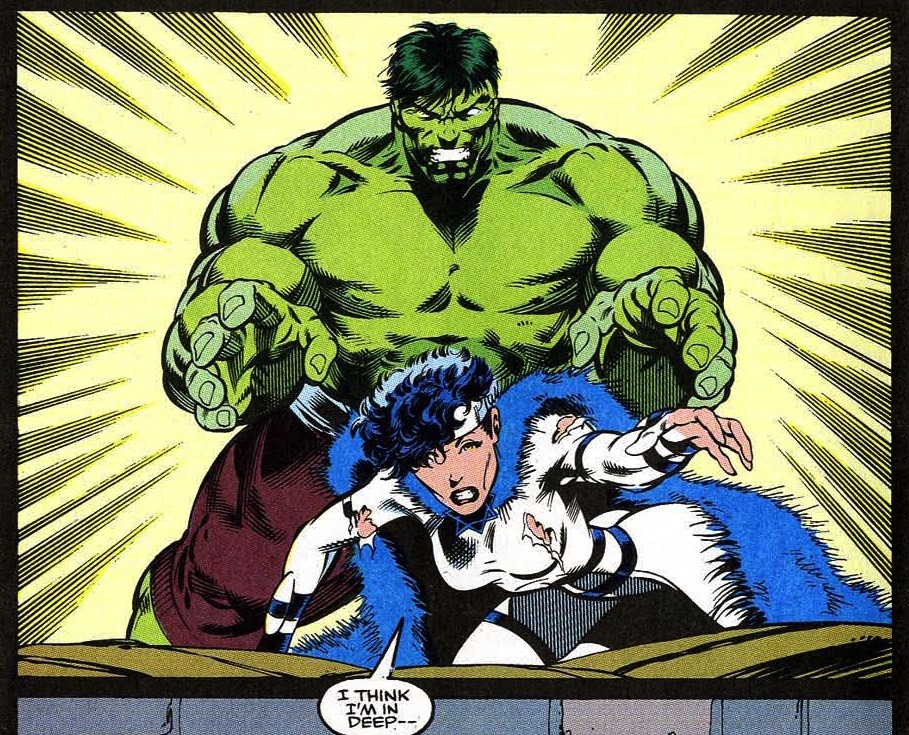 The Pantheon, the brain trust Hulk has now allied with, flies Rick Jones and Hulk to Israel for a team-up with Sabra.  Hulk is in Israel to collect a war criminal and bring him to Pantheon to stand trial (what’s their authority to do that?  I don’t know.).  But Sabra’s been informed by SHIELD that Hulk is still a force for chaos and destruction—because SHIELD doesn’t like Pantheon going around acting like SHIELD.  As usual, Peter David does a great job at integrating his own ideas into the greater Marvel Universe. 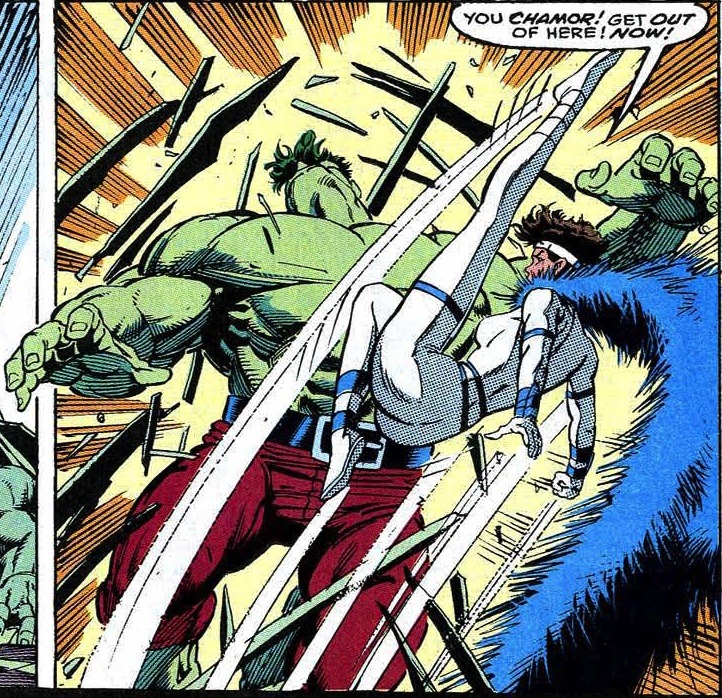 I will say that it’s a little ridiculous to have Sabra hold her own against Hulk—her darts shouldn’t even be able to penetrate his bullet-proof skin.