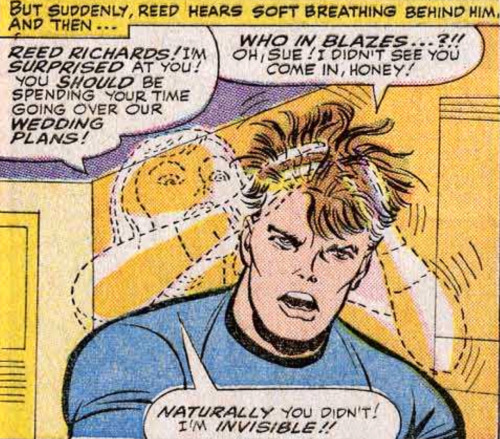 Sue is naughty. So she gets spanked.

This issue featured the team’s second battle against the Frightful Four.  But this is the keeper panel.  Thing spanking The Invisible Girl.  (Actually, he’s tripping her, but it sure doesn’t look like it.)

But it sets a precedent…

But, more importantly, Medusa is now the villainous team leader. 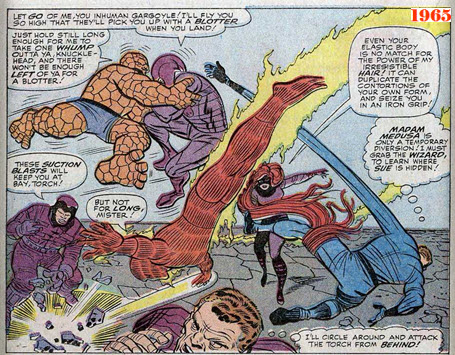 She’s got a better costume, and Paste Pot Pete has picked a much better name for himself: Trapster.  Like, as in glue traps.  Like we use to catch mice.  Get it?  He’s also dating Medusa. 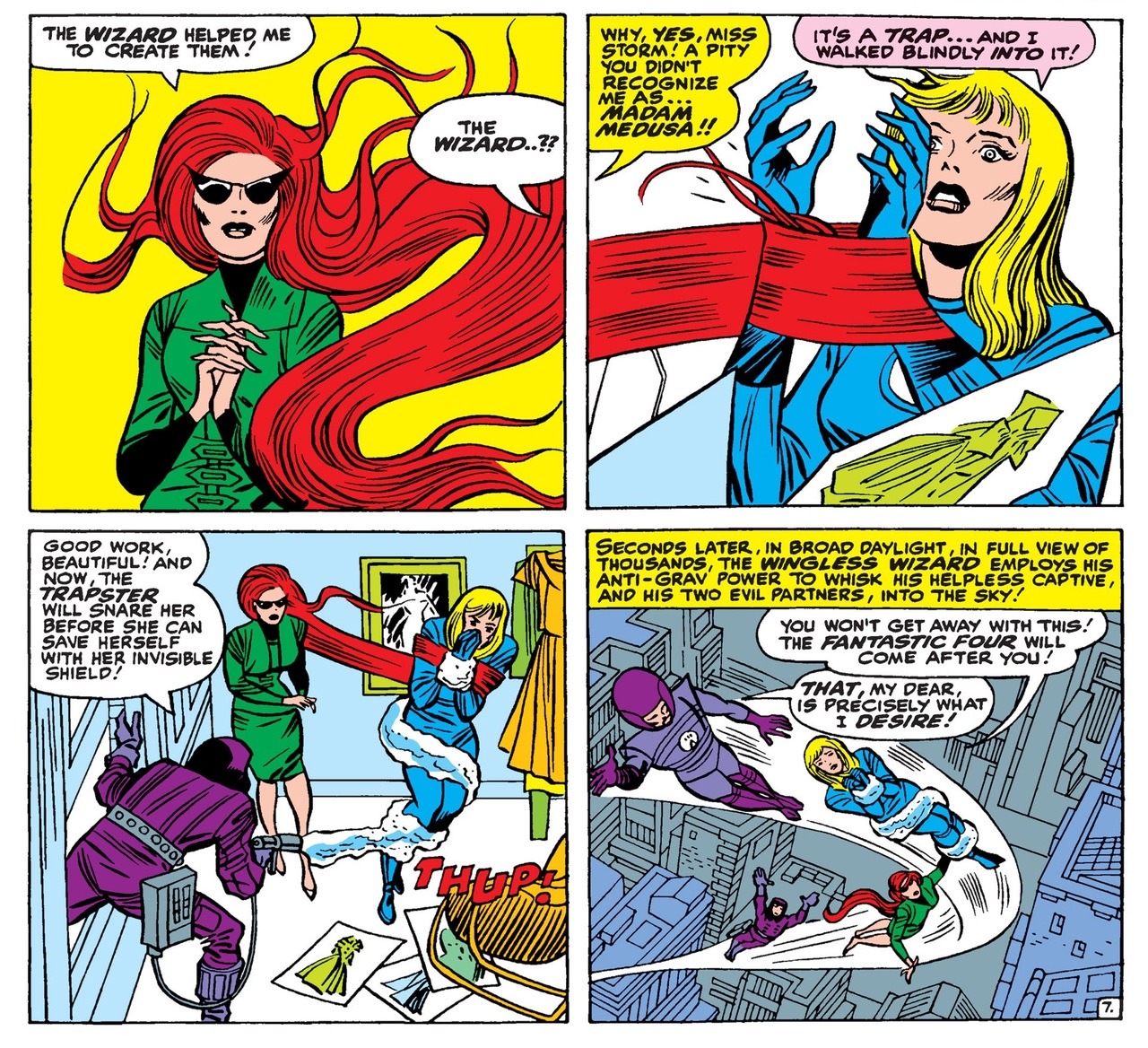 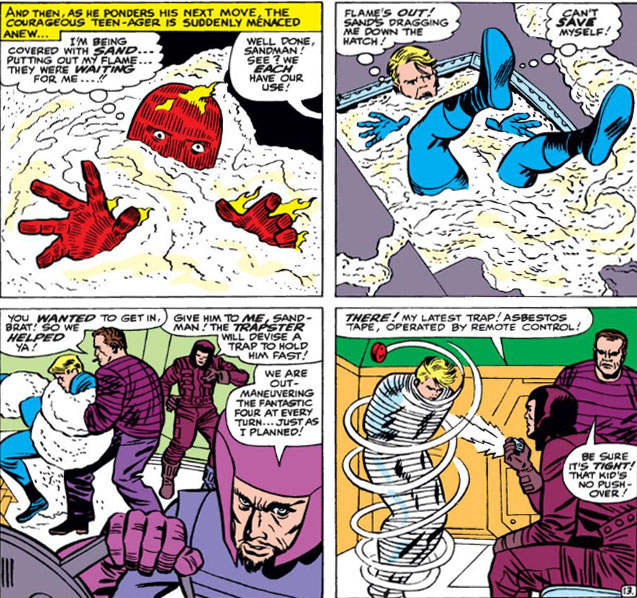 The Frightful Four actually win the battle and blow up a “Q-Bomb.”

As a result, the F4 are left without their powers for next issue, with Thing reverting to human form.  Neat!