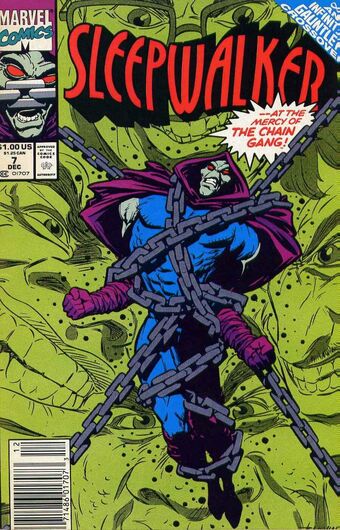 I still intend to blast quickly through my recaps of this book.  It’s really bad.  But since this one issue falls between two longer arcs, and is the last issue in 1991, I’m giving it a single post.  Also, it’s an Infinity Gauntlet tie-in, being that it takes place during the period when half the universe was wiped out by Thanos.

He meets a villainous foursome called The Chain Gang, who will reappear in this comic, and there are cameos by other Marvel heroes showing what’s going on in the Gauntlet event. 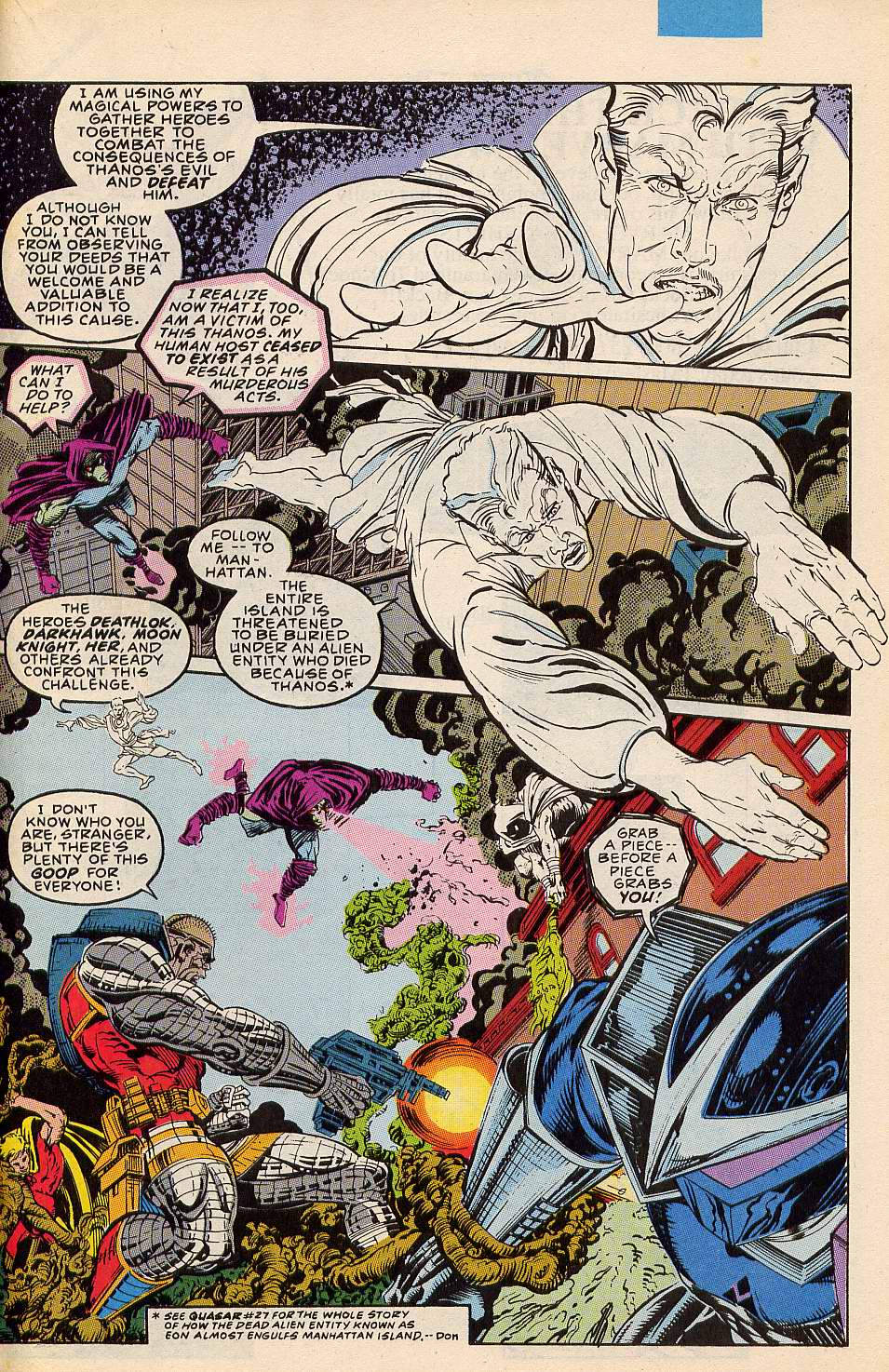