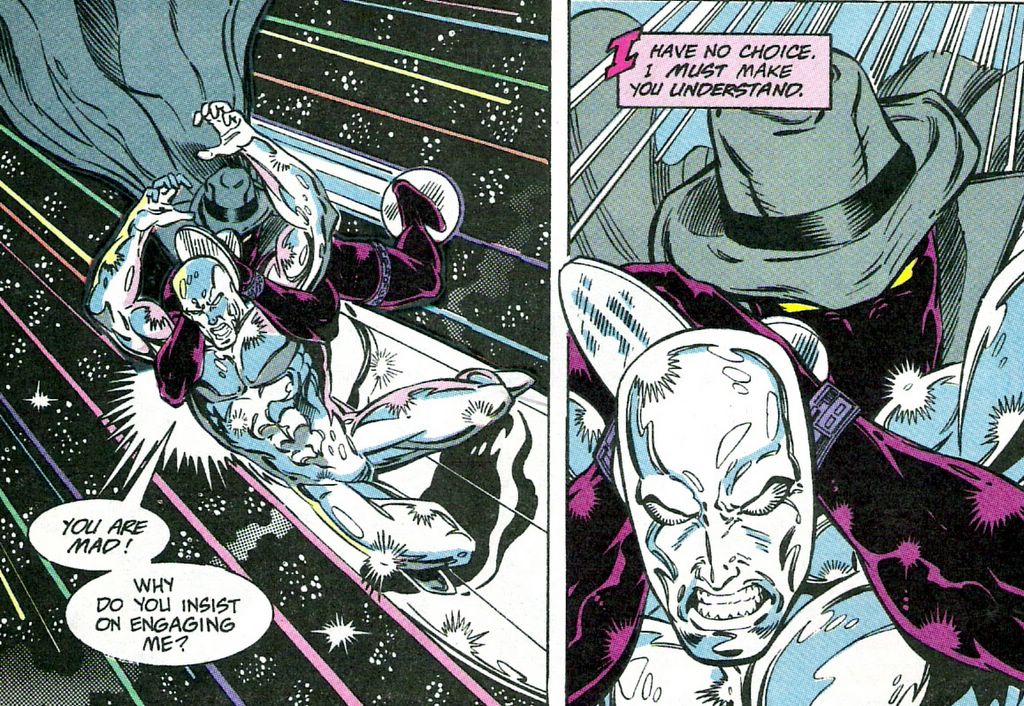 Infinity Gauntlet seems to be the story that never ends.  Last issue, Adam Warlock threatened to destroy the whole universe for kicks and giggles since he has all the stones.  Dr. Strange talked him out of it, and now he, Surfer and Thor go to Strange’s Sanctum Sanctorum, to finally wrap up the Gauntlet events, before Surfer goes back into space to meet Midnight Sun.

Their fight lands them on Earth’s Moon, so the Inhumans show up and offer to take in Midnight as one of their own.

Then Collector summons Surfer to his next big story arc, where the two characters deal with an ancient villainous group called The Brethren, who had been collected by Collector but broke free.

It’s not a terrible story, but coming after a Jim Starlin story it feels flat. 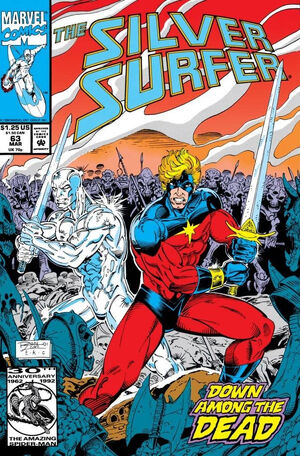 It’s also annoying when Marvel tries to fake out readers on the cover.  Mar-Vell does not return in this story.  He’s an hallucination. 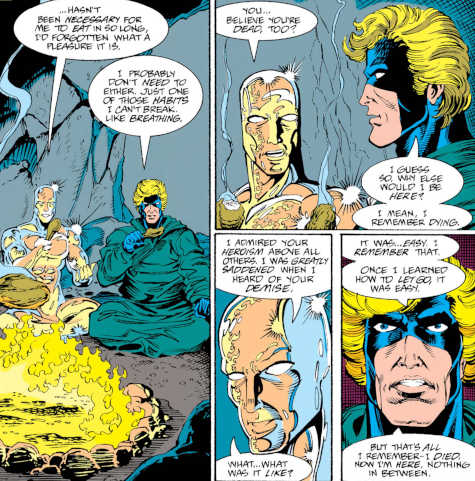