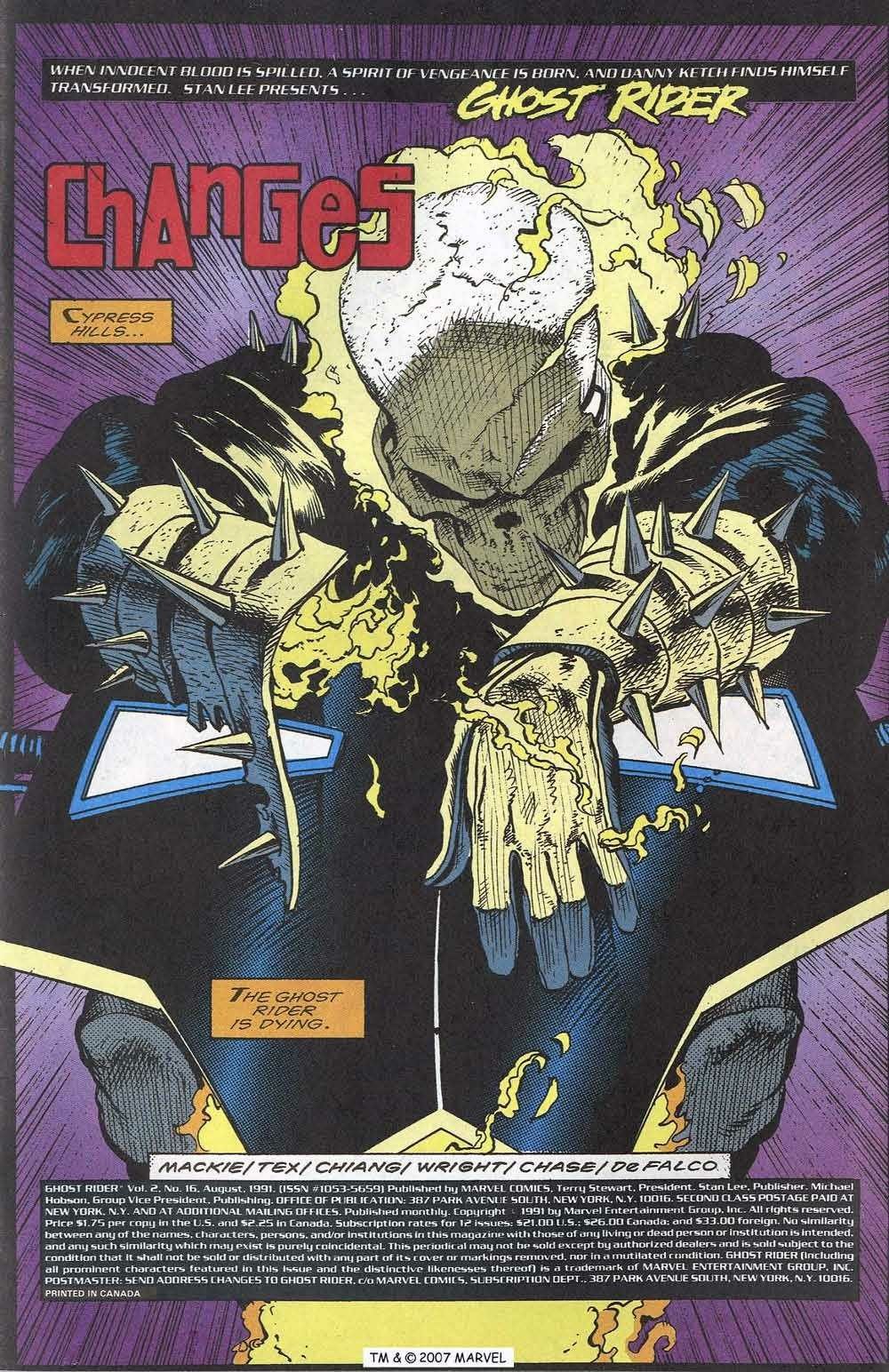 Gosh, the new religious-zealot version of Hobgoblin is everywhere. 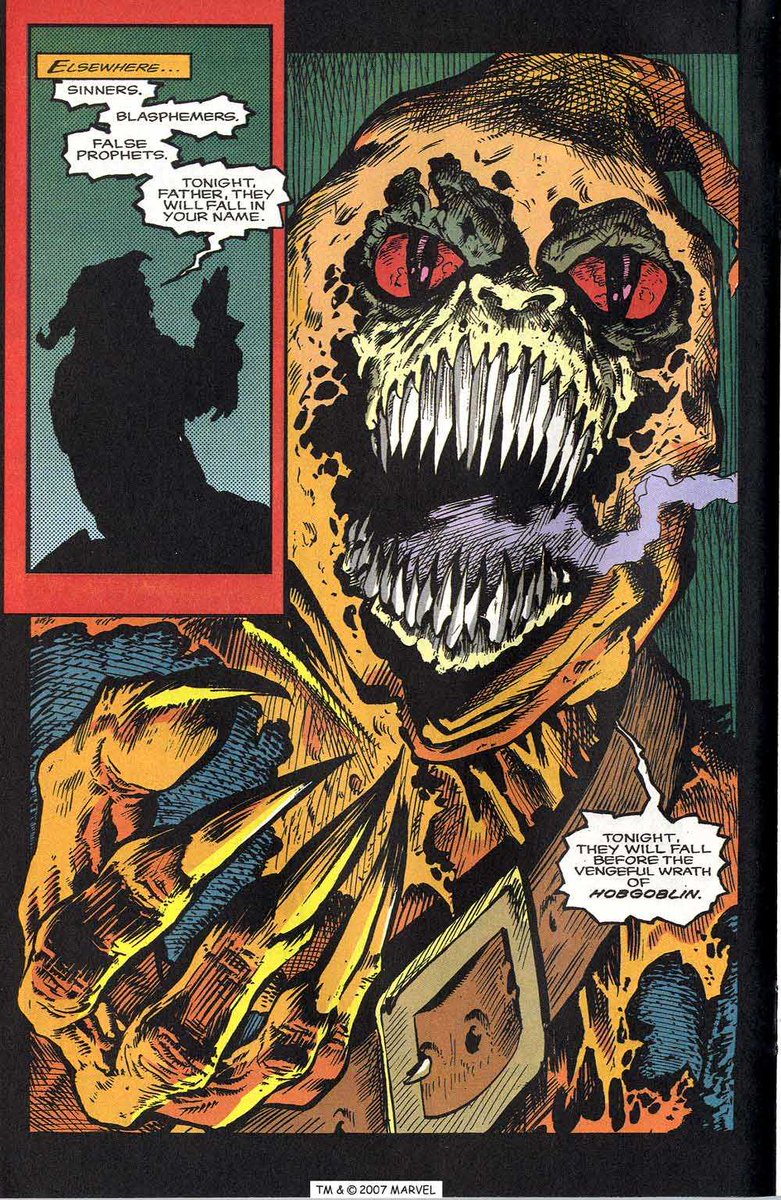 In the aftermath of the last story, in which Johnny Blaze shot the new Ghost Rider with old Ghost Rider hellfire—from a shotgun—Danny Ketch is in the hospital.  While there, Blaze meets Ketch’s family. For many of the newer Marvel characters, the supporting cast is pretty straightforward (and often even unnecessary), but Howard Mackie is doing a good job at showing how Ketch’s new Ghost Rider identity—over which he only has a moderate amount of control—overlaps and interferes with his family.

To that end, Danny Ketch’s mother joins a new church because the pastor claims to be able to resurrect the dead, and she wants to bring back Danny’s sister.  You see where this is going, right? 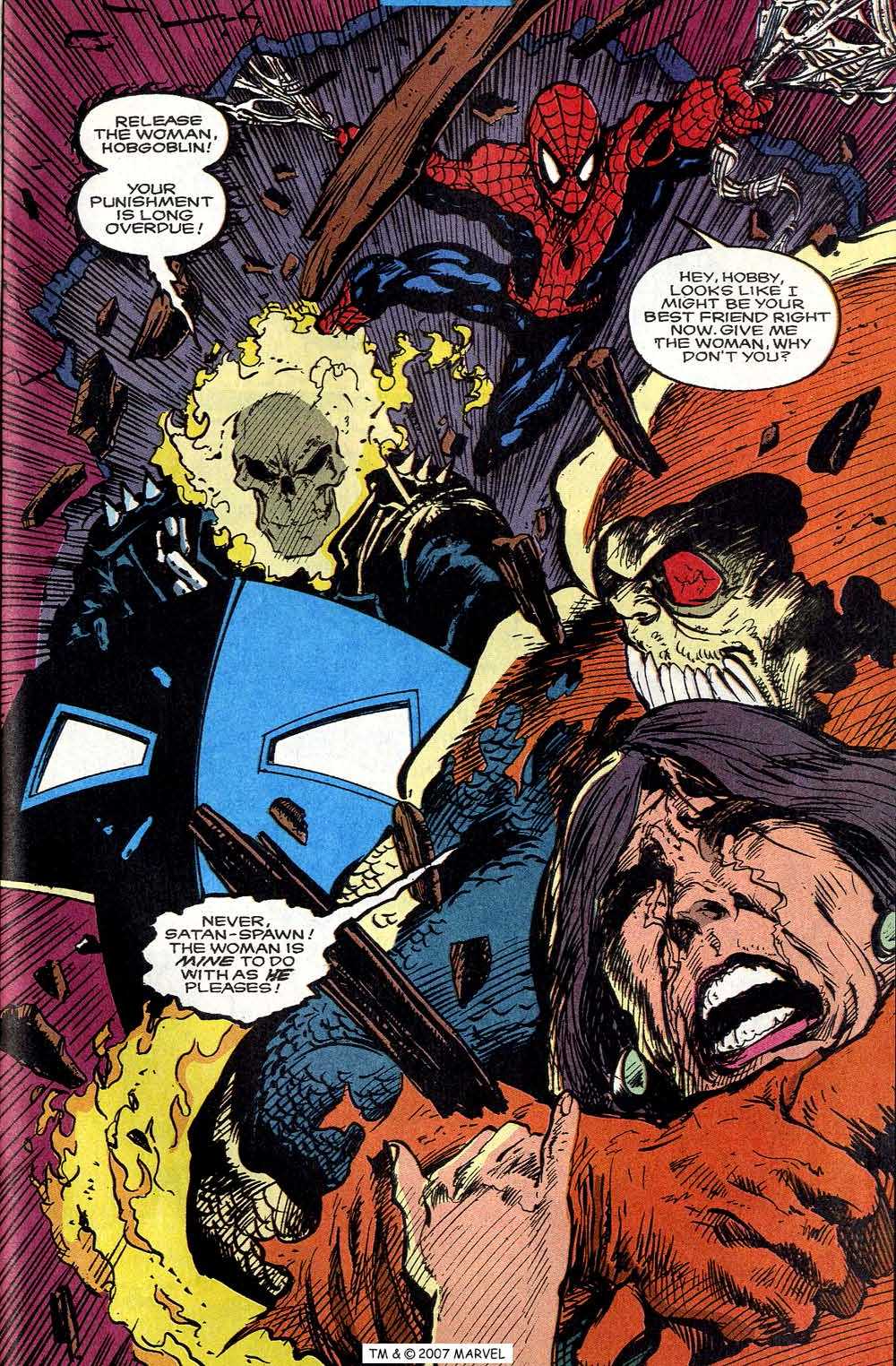 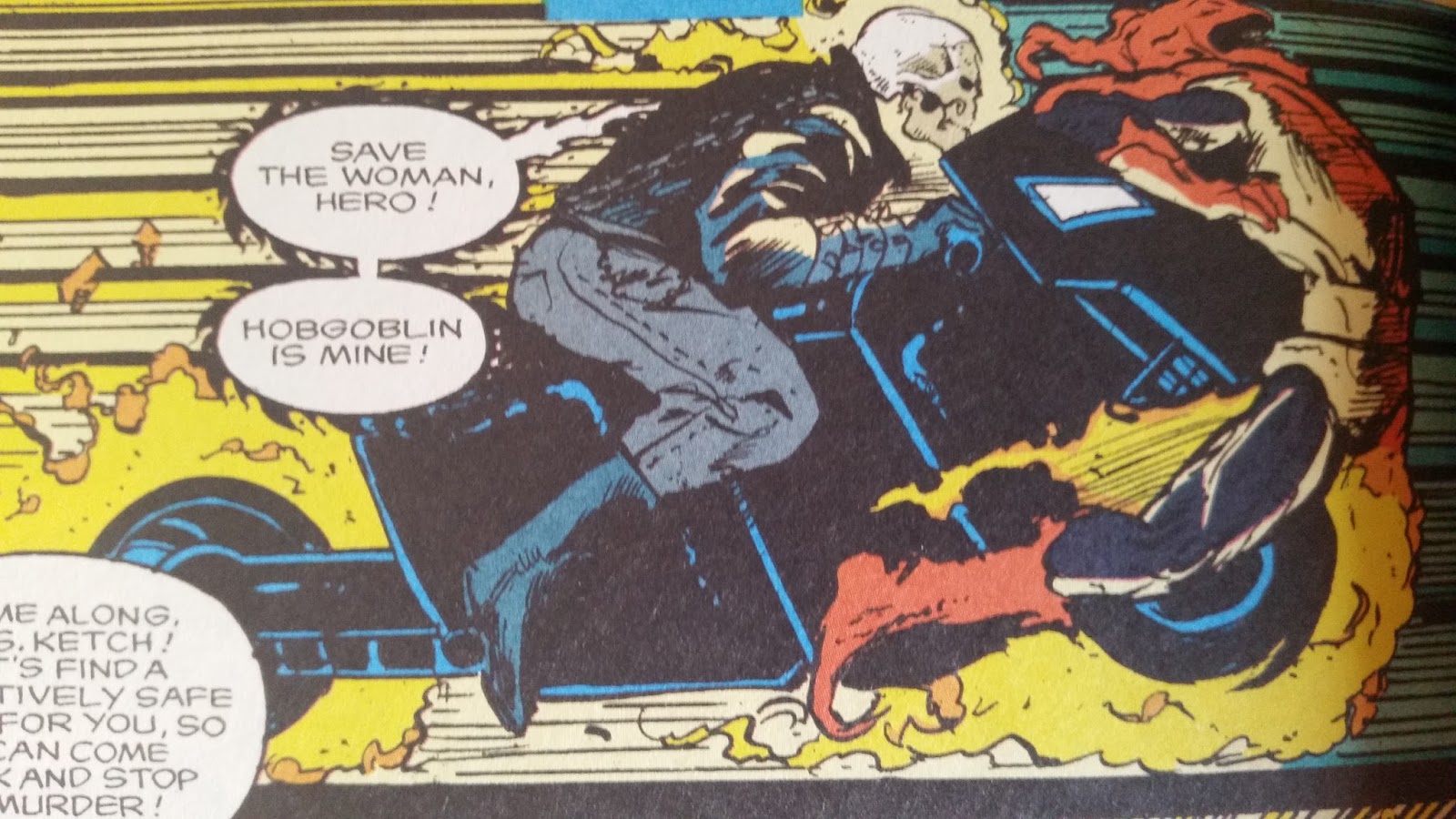 Spider-Man shows up and assumes Ghost Rider will kill Hobgoblin, so he’s trying to restrain Ghost Rider.  We just had this same misunderstanding in Spider-Man #7, so it feels a little forced, but to be fair, I think Spider-Man left his first meeting with Ghost Rider believing the only reason he hadn’t killed Hobgoblin back then was due to Spidey’s own interference.

What’s odd is that Spider-Man never asks him if he intends to kill, and Ghost Rider never tells him.

Anyway at the end of issue #16, Johnny Blaze and Spider-Man decide to team-up to stop Ghost Rider, which is even more odd because Blaze certainly does know that Ketch’s Rider won’t kill.  In fact, it’s Blaze who has shown a willingness to kill—after having blasted Ketch with a shotgun.

I’m taking off points for this narrative inconsistency.

But those points are added back in because Danny Ketch actually DOES want to kill—it’s his Ghost Rider side that shows restraint.  Very interesting twist.  Although I think it applies only in this situation, where Danny’s mom is being threatened.

By the end, Spider-Man, Blaze, and Rider team up and take Hobgoblin down, saving Ketch’s mother.

I am shocked at how much I am enjoying this comic!  Great art, surprising stories…Very good work.