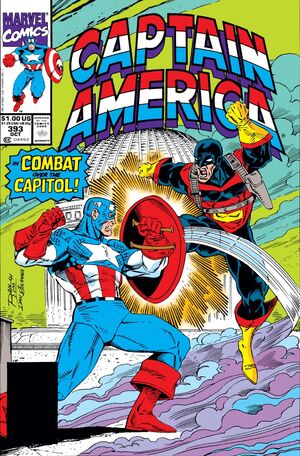 There have been back-up features in prior issues, and this story brings them into the main story.  Sadly, the “Bad Girls Inc.” back-ups starring Diamondback continue to run and continue to suck.

Red Skull has a crew, they’ve been captured by some German superheroes, and Captain America and his crew go to collect them to stand trial in the U.S.  Only it’s not Cap, it’s some kind of robot?  I don’t know.  This is mostly a story about the villain collective run by Red Skull. 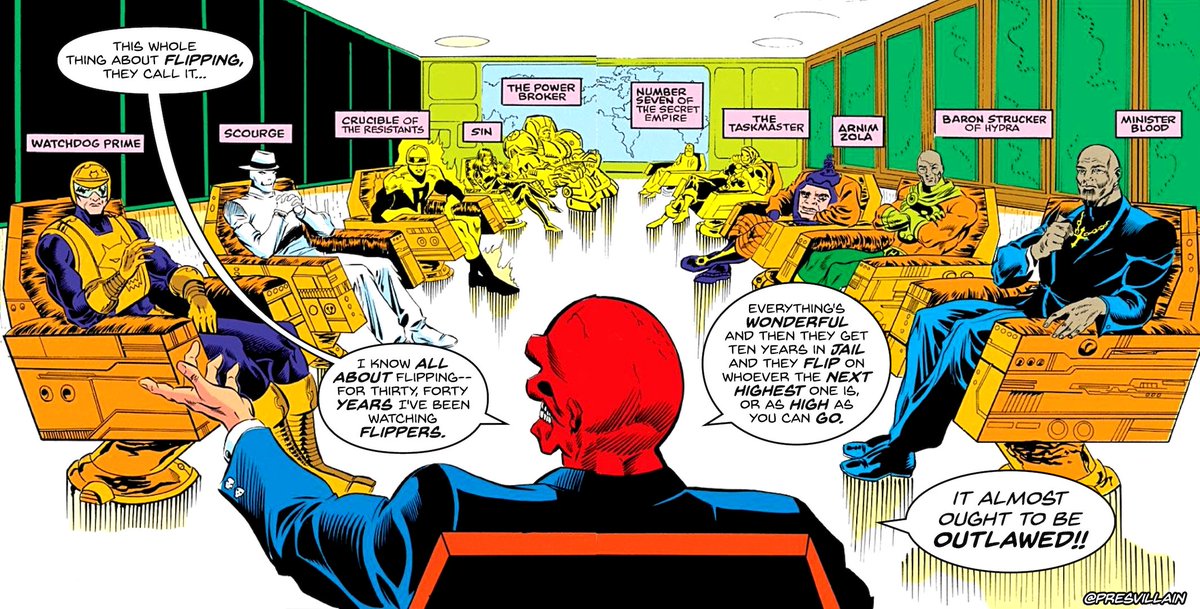 Beyond that, it’s very had to follow this haphazard and terribly written story.  For some reason, Marvel thought it was a good idea for Bernie to be jealous of Captain America’s secretary, who is really Diamondback.  She became his secretary when she retired from being a superhero. 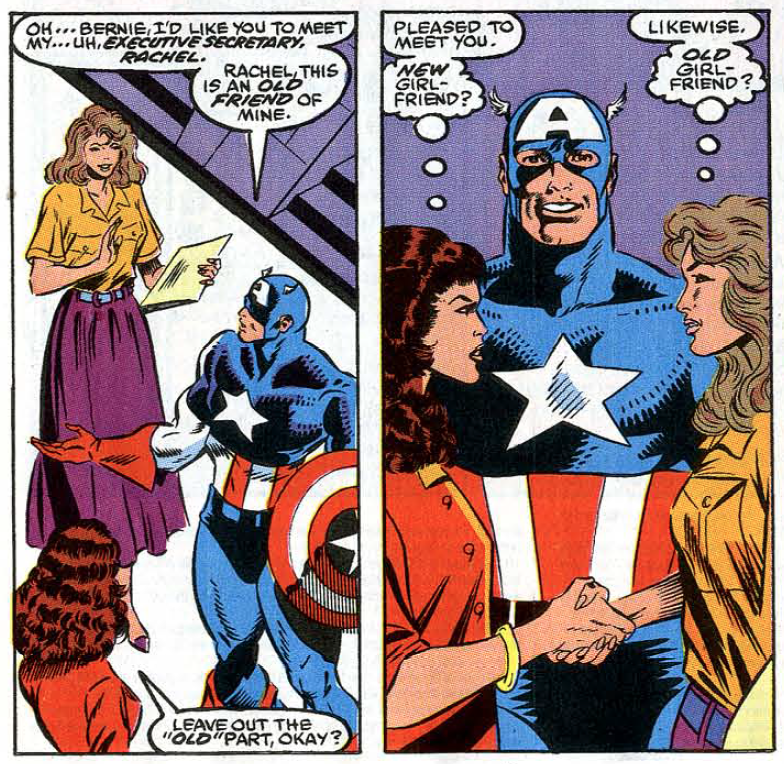 Cap was best when he was naive to the ways of women.  This is stupid, and it doesn’t even make sense–when did this happen?

Anyway, Red Skull gets free of his captors and basically starts running a facility for C-list villains.  He talks to Viper while he’s in a hot tub.

And Mother Night is jealous.  Because, you know, every girl wants a Red Skull of their own.

Crossbow visits the Bar With No Name because Red Skull kicked him out of the band and he wants revenge.

Meanwhile, Cap is with The Avengers and learns that Thor is really Eric Masterson, so he makes him an Avenger-in-Training.  Why didn’t this happen in the actual Avengers book?  I don’t know.  These issues are all over the place.

And they just get worse and worse.  I’m going to confess: I stopped reading when they started fighting Doughboy, and just skimmed. 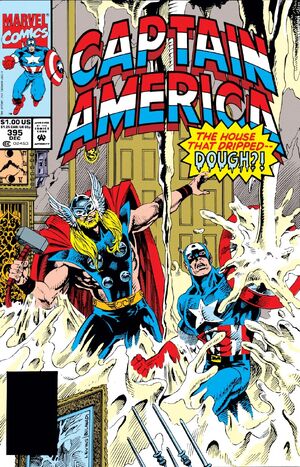 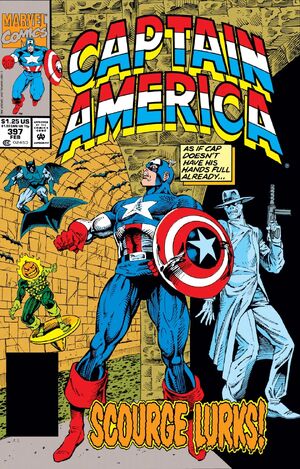 Scourge was also around killing villains. 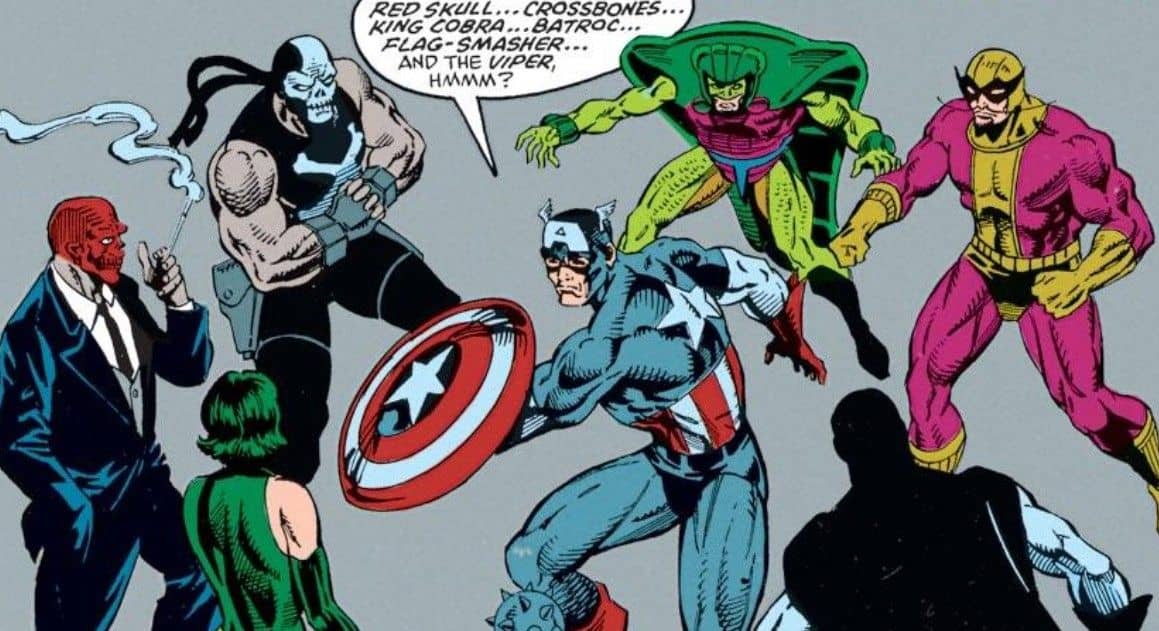