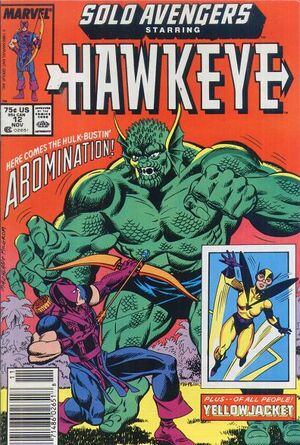 Abomination versus Hawkeye.  They should be completely mismatched, but he defeats the Hulk villain in half an issue with an electricity arrow.

Oh, and for no good reason the telepath Tyrannus is involved just so he can read Hawkeye’s mind and see that Hawkeye could have beaten Abomination EVEN MORE QUICKLY because he had an adamantium arrow that could have pierced his heart. 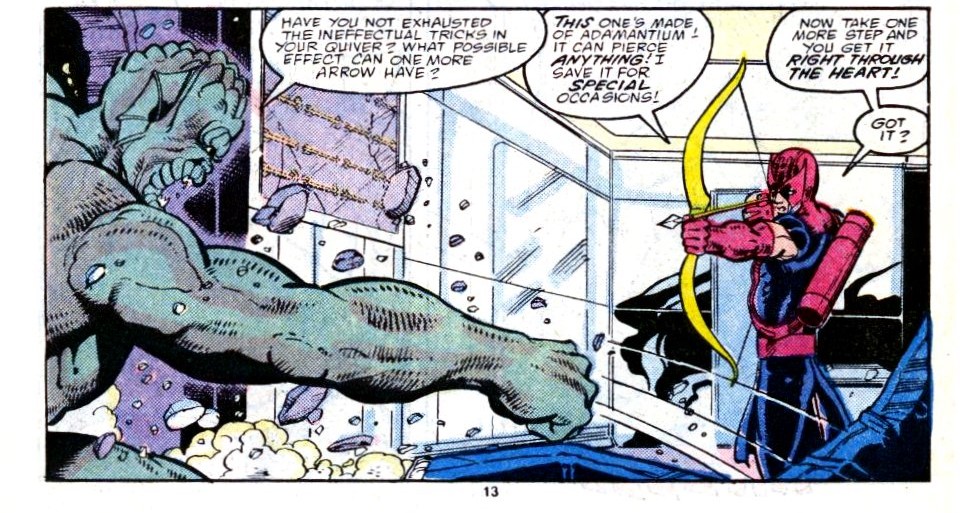 But Hawkeye won’t kill, unlike his ex-fiance Mockinbird, who accidentally killed her rapist who didn’t die anyway because he’s a ghost (Phantom Rider). 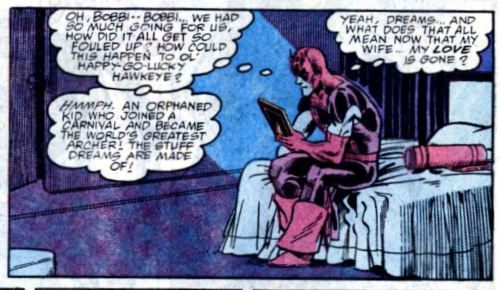 And if all that moral “complexity” (nonsense) isn’t enough, in thirty years Hawkeye will assassinate Hulk with an arrow. 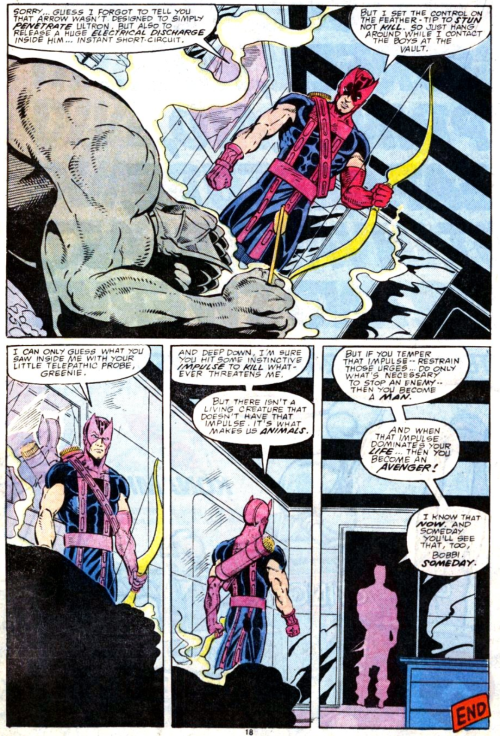 Then it’s on to Yellowjacket and a tale that features the first comic book art of Amanda Conner.  There’s little evidence of her future as a magnificent “cheesecake” artist.

And the story is terrible.  First off, this isn’t Hank Pym.  This is a woman who stole the Yellowjacket identity and used it for nefarious ends.  She teams up with The Fixer who breaks her out of jail to impress her because he’s hot for her and then fights Black Knight, who we see hitting on Janet Van Dyne.