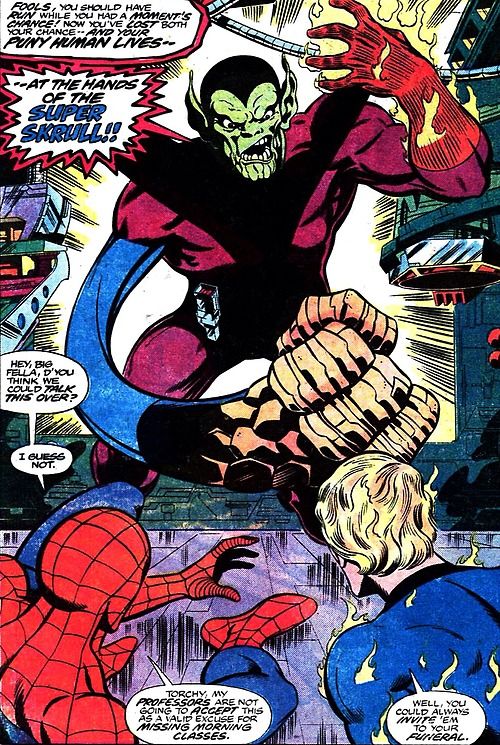 In the aftermath of the last two-part story, which ended in a battle in the Baxter Building, Spider-Man inadvertently releases Super Skrull from his containment cell and it takes two issues and Human Torch and Ms. Marvel to recapture him. 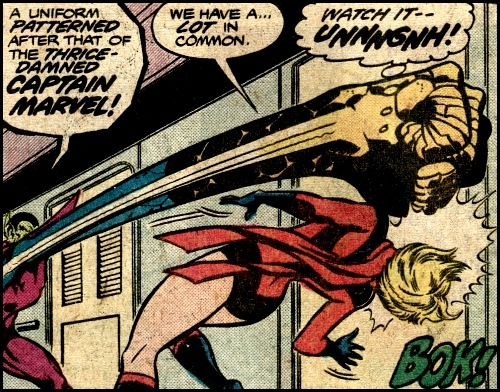 Why Reed kept him at the Baxter Building, in the middle of a major metropolitan area, is beyond me.  Ms. Marvel gets in a nut shot… 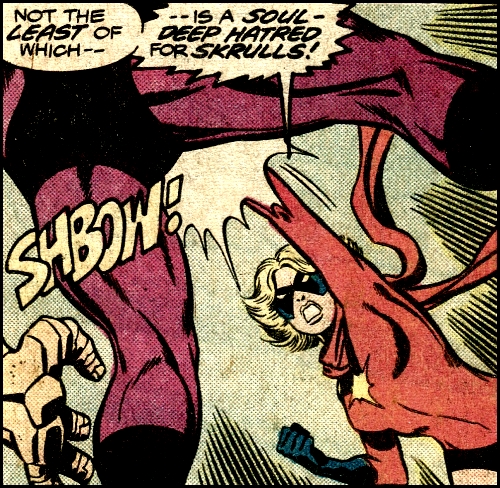 …before she takes a huge punch… Anyway, lots of punching and krakowing.  After getting punched all the way to the Statue of Liberty, Ms. Marvel and Spider-Man get to talking… 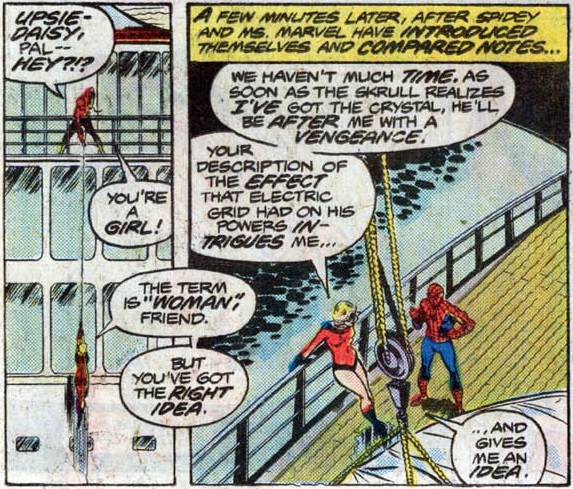 Skrull needs a crystal to…Know what?  It doesn’t matter.  He’s foiled in the end and the crystal isn’t really anything that comes back.