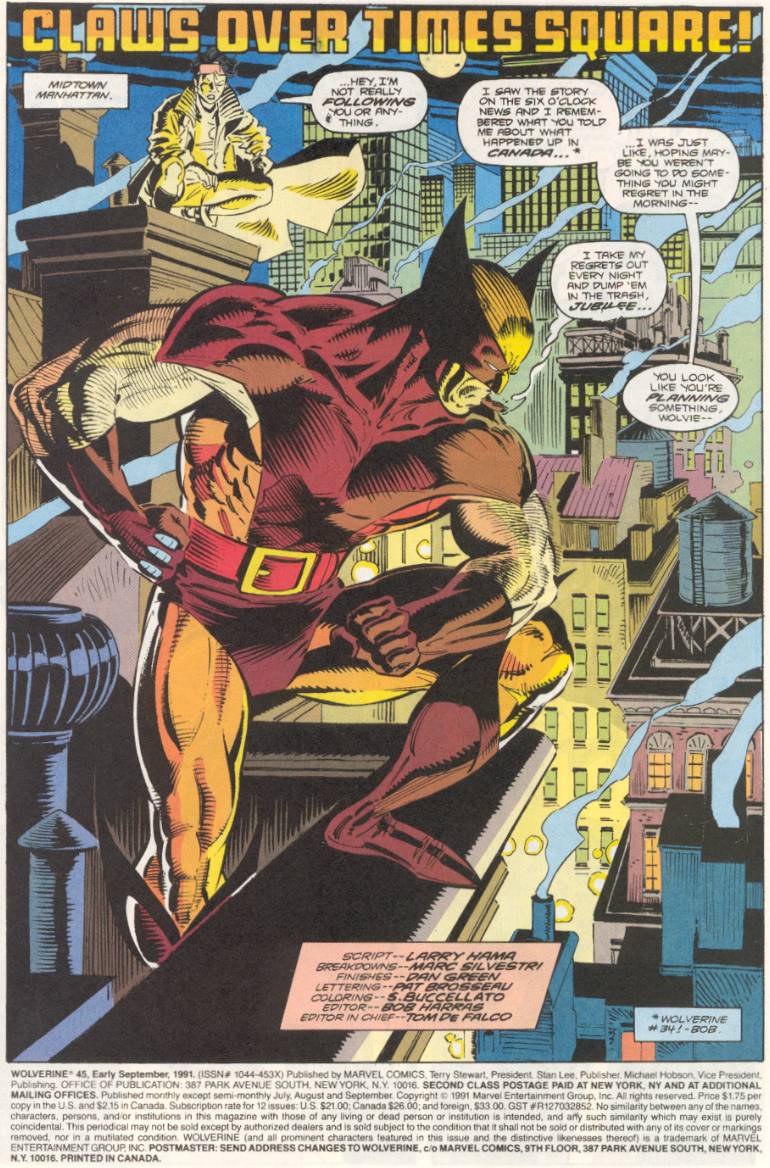 Lots of hunting in this story. Sabretooth is hunting Wolverine, looking for a revenge fight. So is Deathstrike.
Wolverine, accompanied by Jubilee, is hunting some gangsters who are holding a lycanthrope hostage as a freak–for money. 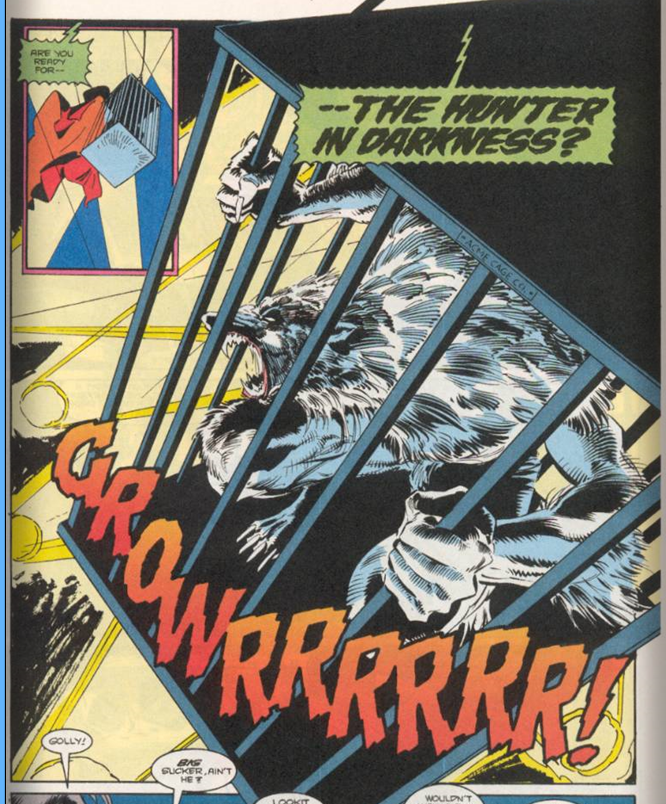 The wolf-person is also being hunted by the daughter of one of his victims, who is hiding on rooftops wiht a telescopic rifle. And one of Elsie Dee’s robot buddies is stalking the city, allied with the Morlocks, trying to find a new robot body for Elsie’s head.

Of course, Sabretooth and Wolverine fight. But along the way, Sabretooth learns about the imprisoned wolf-person, and decides to team up with Wolverine to free him. Wolverine doesn’t want to be partners. Sabretooth also calls Wolverine “sonny boy” in this story–some of the first hints that Sabretooth is Logan’s father.