This is the big finale to a maxiseries that, frankly, never really felt like it figured out what it was all about.

The clone of Simon Williams and Grim Reaper are brought back from death by Nekra (they died earlier in this very series), and head to the hospital to attack Wanda and her newborns.  Magneto and Wonder Man are at the door to fight them off.  Seriously?  Magneto by himself should be able to turn these two zombies inside out. And the proud parents point out that both of them are also “twins” because Wanda and Pietro are actual biological twins and Vision and Simon Williams are kinda like twins because Vision’s biology is based on Simon’s.  And while they say this, Simon Williams is outside fighting his zombie clone and actual brother (Grim Reaper)—so isn’t Vision at least a triplet? 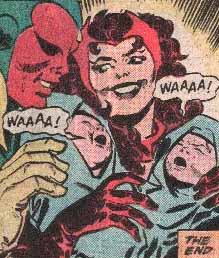 Also in this issue: Wonder Man gets a truly horrid new costume. 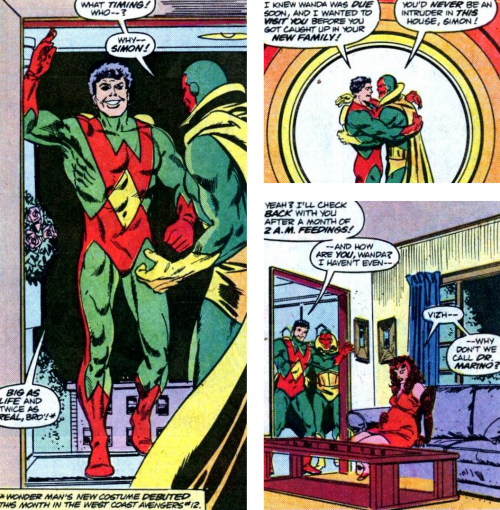 And gets beaten up by Magneto.