Issue #122 has a throw-away Human Torch story, where he loses a fight to an asbestos sheet.

Then, he’s tied up with asbestos rope and stuffed in an asbestos trailer.

I’d forgotten that in the 1960s, Torch could control his fire kind of like how Sue could control her forcefields.  That power set seems to be largely ignored–or forgotten–today, Strange Tales continues to be the weakest of the Marvel books on the market in 1964, but in #123 we get the first appearance of The Beetle.  I always thought of him as a Spider-Man villain.  Anyway, guess what Beetle uses to fight Torch?  Re-read what happened in #122, and guess.

Thing guest stars.  And he likes his meat bloody. 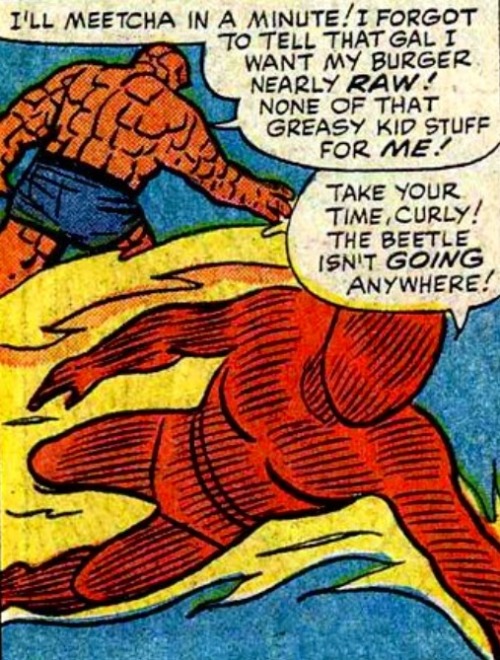 Then the twosome act like assholes to autograph seekers. 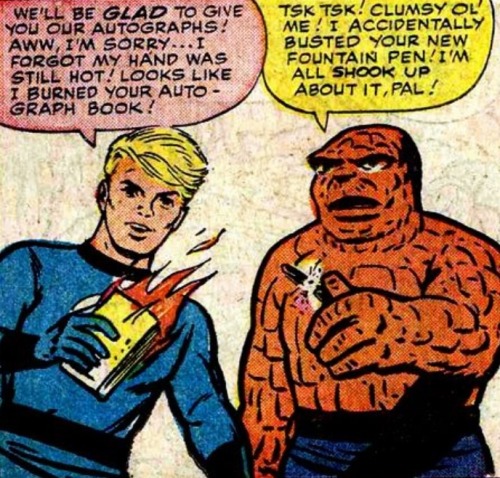 In the other half of the book, #122 has Nightmare versus Dr. Strange. 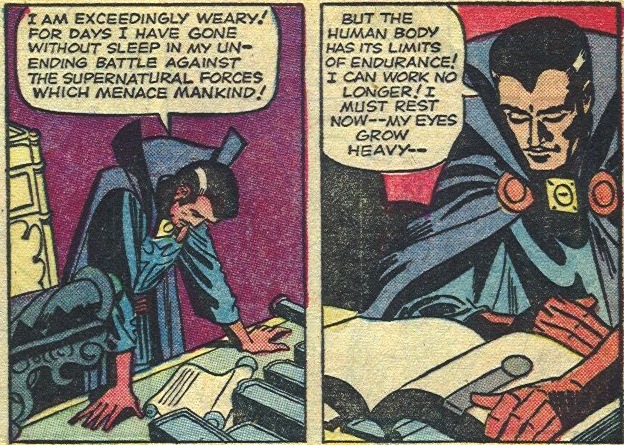 He falls prey to the scoundrel because he’s sleepy. 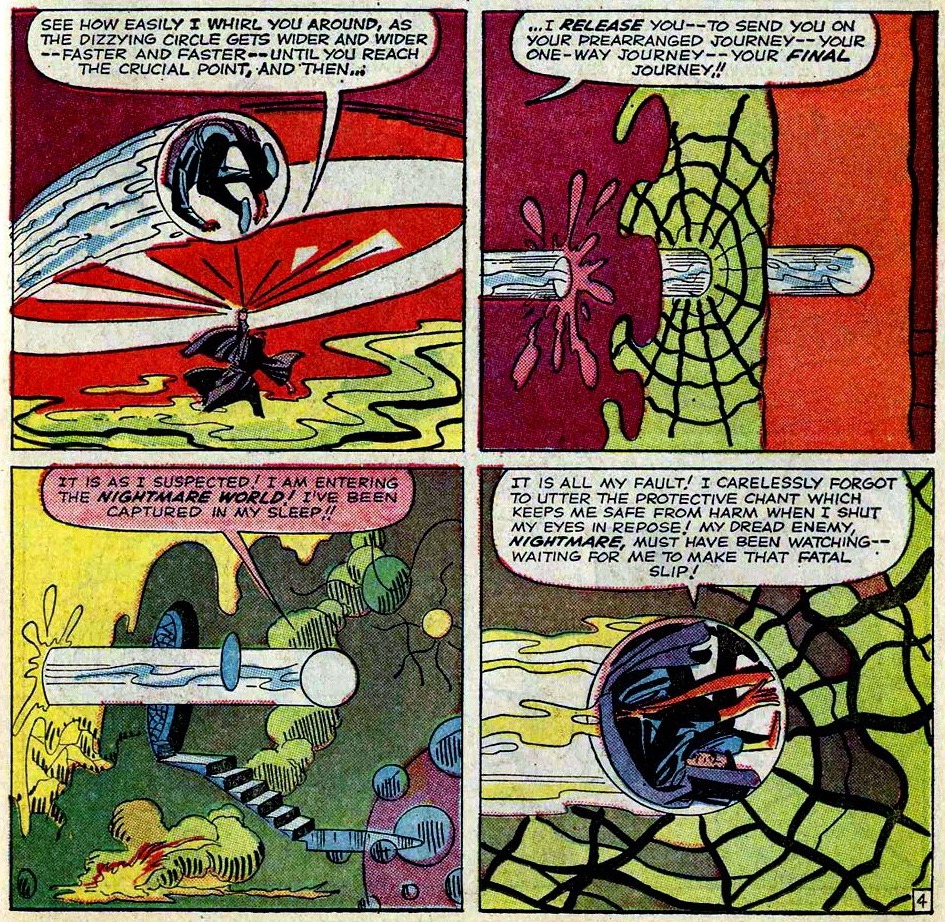 The art continues to be fun, but the stories feel like the same thing over and over.  After he beats him, Stephen makes a dramatic speech. 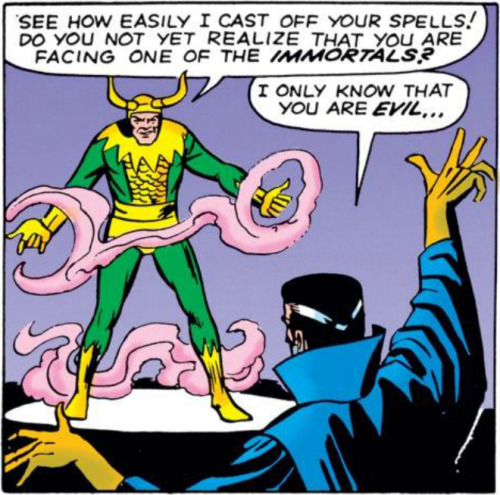 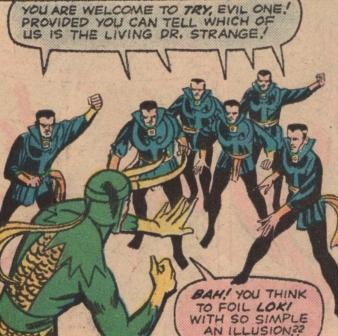 The Norse master of trickery meets his match. 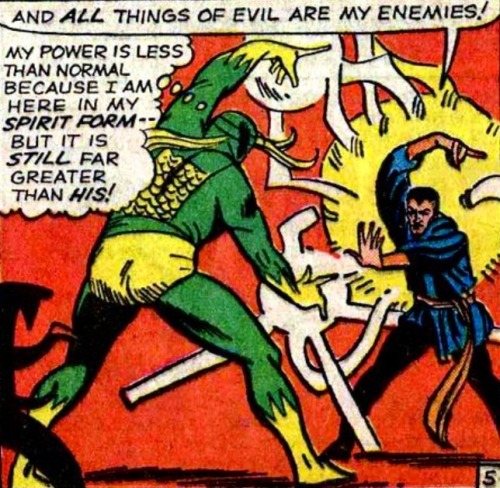