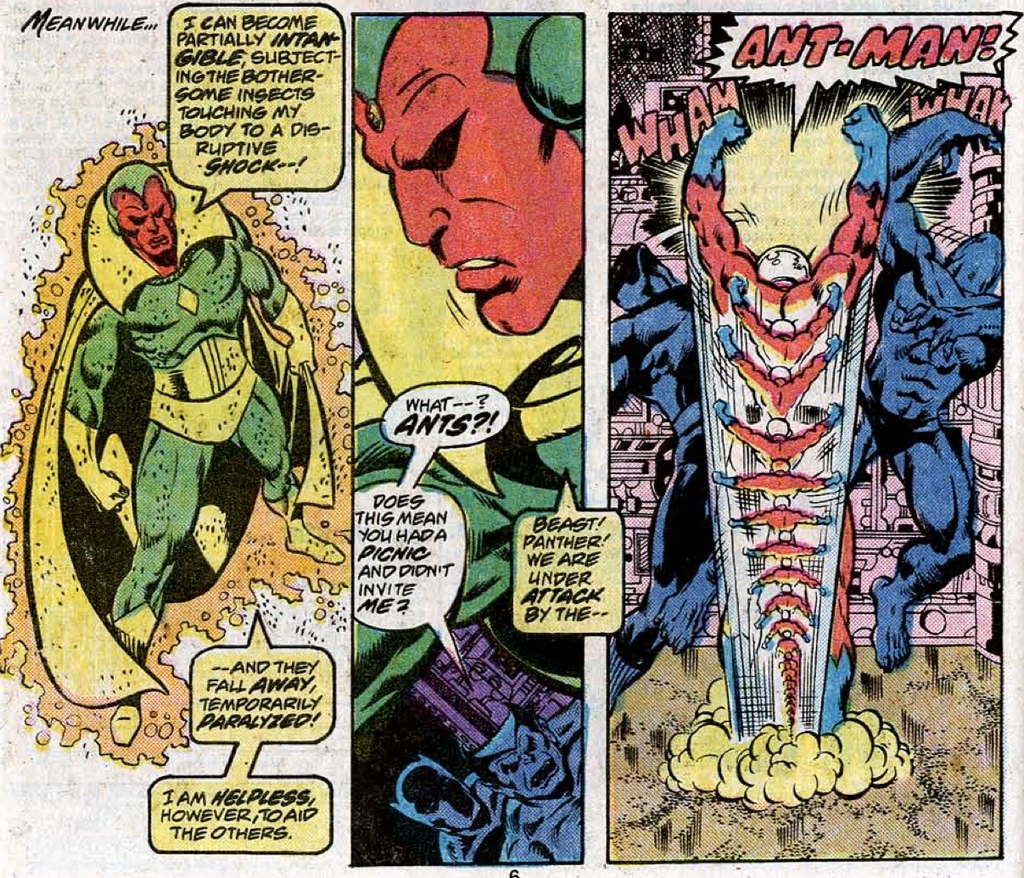 It won’t be the last.

Isn’t it a little hard to believe that he can take out both Beast and Black Panther with one punch?

And just when you thought it was safe to deal with Pym being nuts, Ultron attacks. 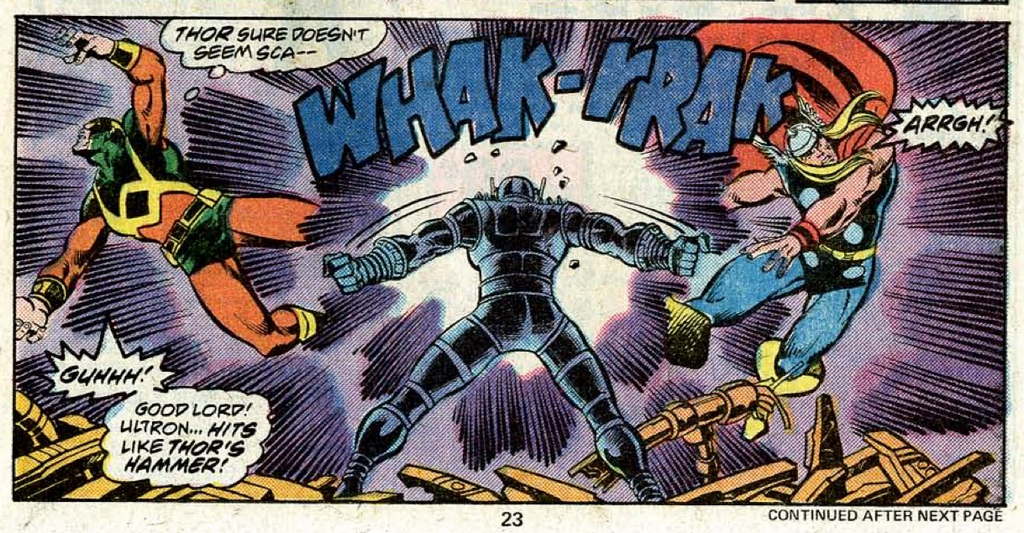 There’s some other cool stuff here: Two-Gun Kid came into our future after the last storyline’s time travel, and he and Hawkeye are working at a dude ranch.  And Two-Gun reads comics! 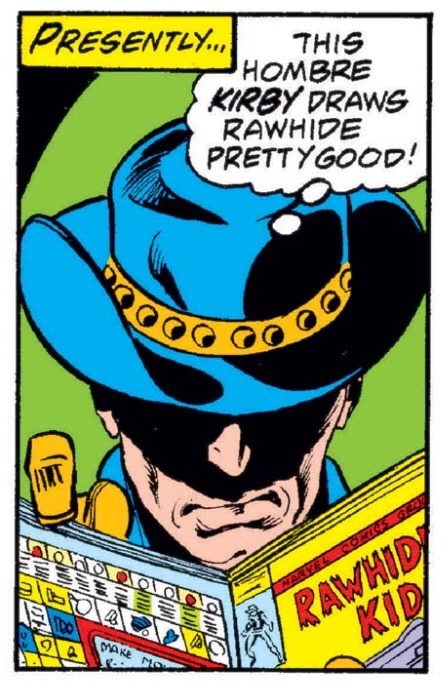 I mean, is there any way this wasn’t intentionally sexual?

Anyway, in the battle with Ultron we get a new character: The Bride of Ultron…Jacosta!  And if Ultron is based on Hank Pym’s brainwaves, then it makes sense that he’d steal Janet Van Dyne Pym’s for his bride!

And Ultron really loves her!

Obviously, George Perez is the star here, but Jim Shooter’s writing is pretty good and his story ideas are even better.

Also in this issue: Wonder Man ponders his mortality. 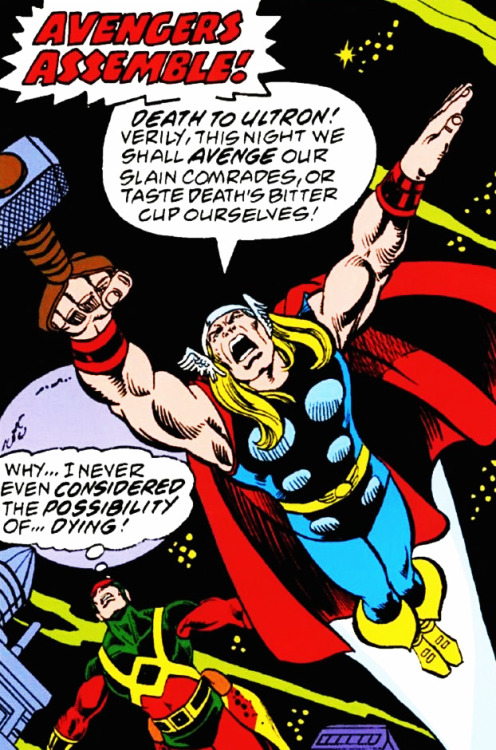