More corporate stuff.  Another fight with Griffin.  This isn’t bad, it’s just that we’re a year in and it already feels old.

The Danny-Rand-back-from-the-dead-stuff moves forward, with Rand appearing to have Ka-Zar on his side.  It’s becoming clear it’s not really Danny Rand, but I’m still tagging it since it looks like him.

Anyway, issue #14 is really a lot of set-up for the rest of this arc, where so much is made clear.  Namor finds out Lady Dorma is alive.  He leaves his company in the hands of the twins to venture off to Atlantis, learns Dorma has been paralyzed by a poison and the cure is in the Savage Land, and so he then goes to Savage Land.  Daniel Rand’s company has been exploiting resources there, and it interferes with Namor’s cure-search.  Shanna shows up.  And eventually we learn that Danny is really Super Skrull. 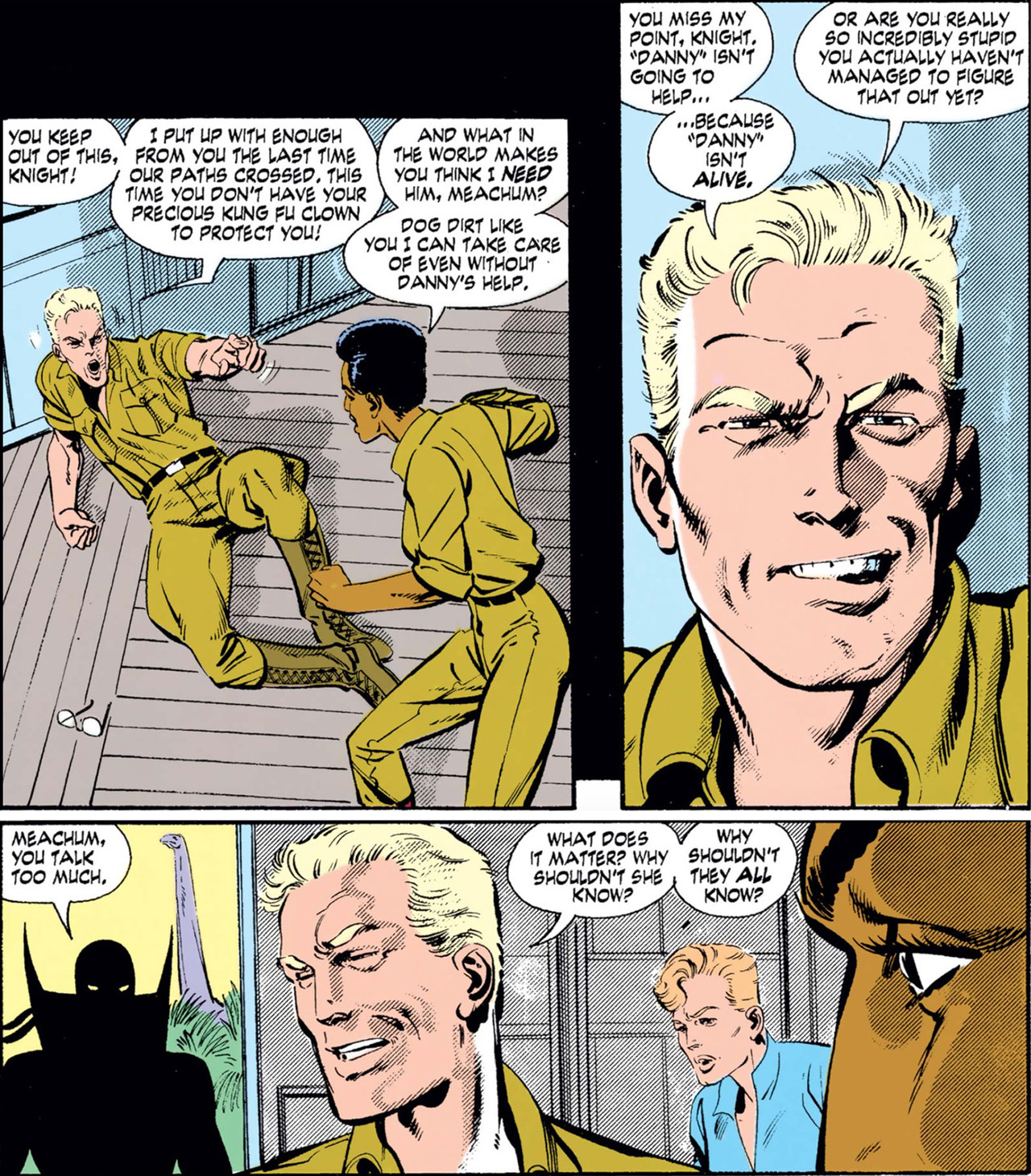 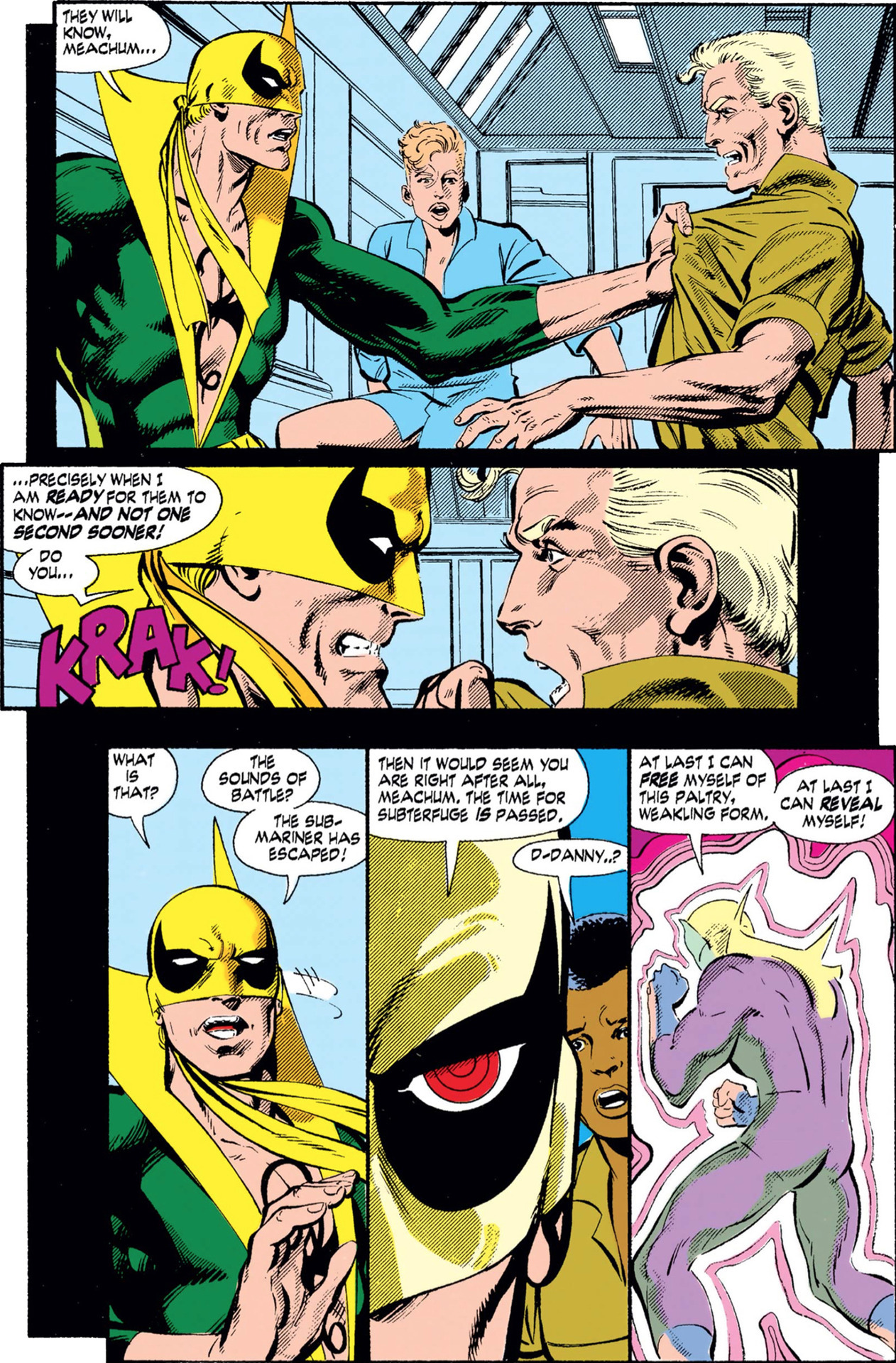 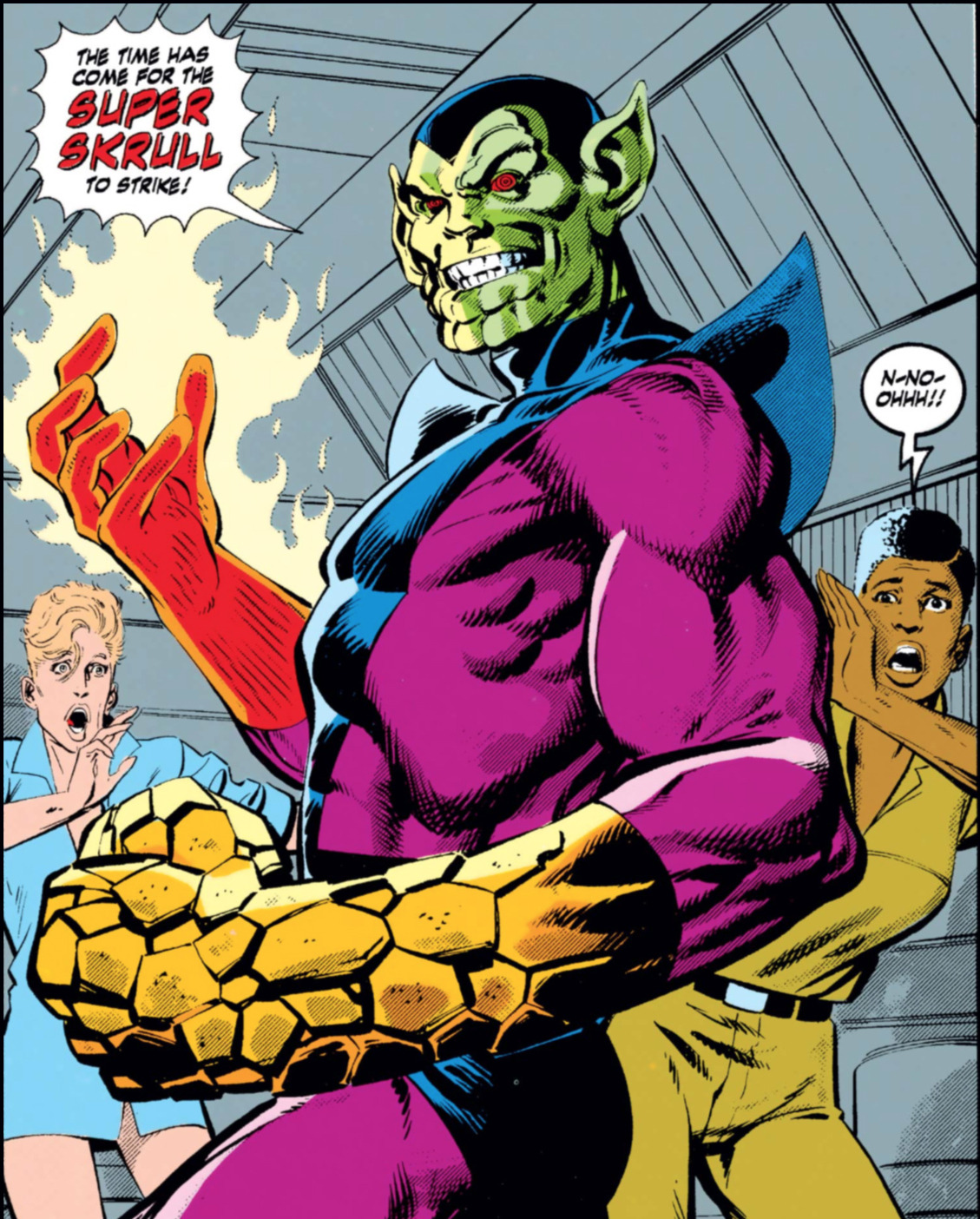 The Rand Corp. fights Namor’s Marrs Corp., and Misty Knight/Colleen Wing get involved.  Plantman is in it.  Oh, and along the way we learn Namorita is Dorma’s clone.

There’s a lot of plot intricacy and of course Punisher is in it because, why not, but it’s a lot of complexity for a fairly bland product.  Nothing bad here.  But nothing great.