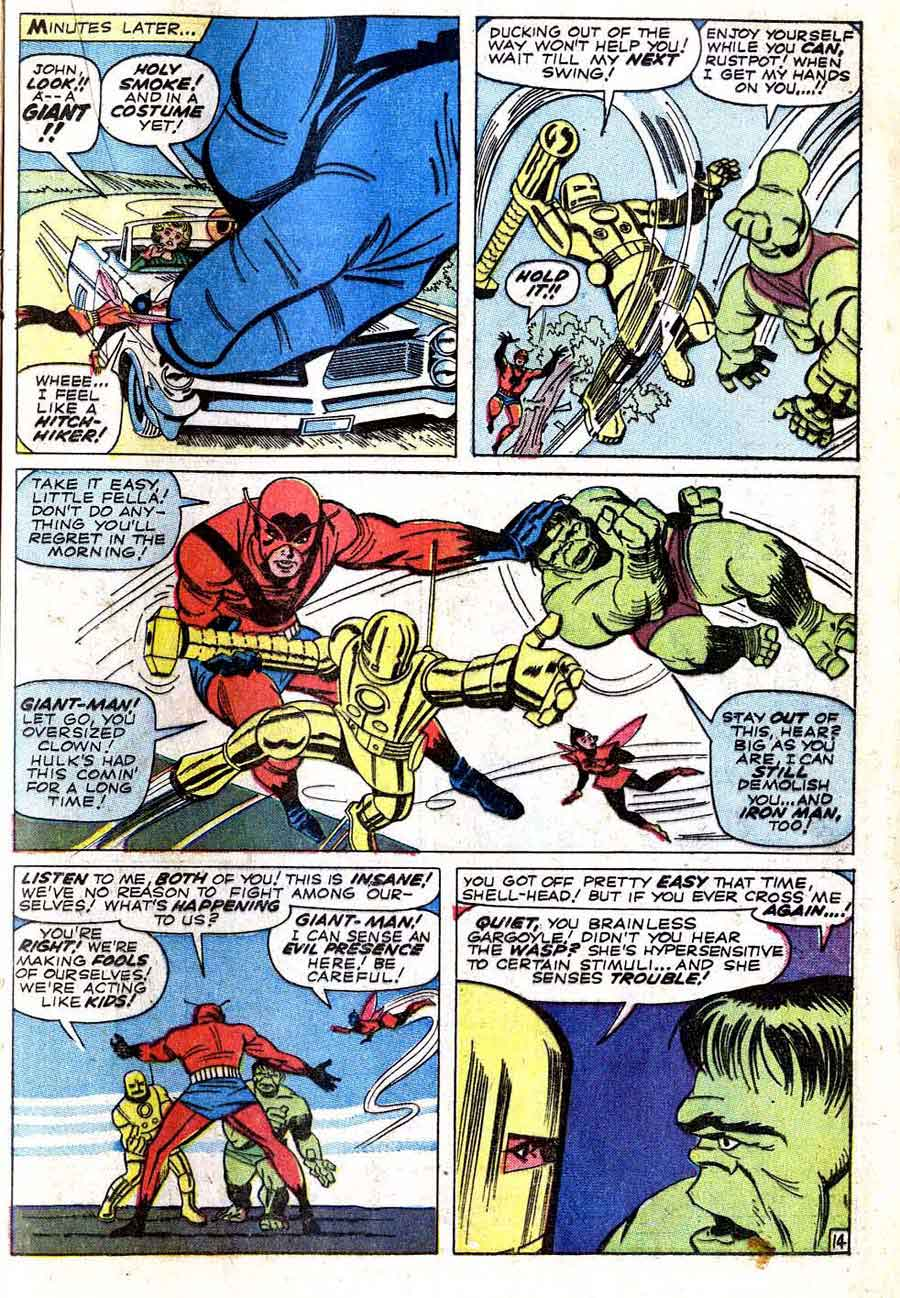 This is really the first “Hulk vs. Everybody” comic.  The Avengers hunt him down, after having fought him in issue #1 (albeit he was under Loki’s thrall), and try to take him down so he can’t hurt anyone else.

There are some scenes where they go looking for him, which is a way to have guest spots by Spider-Man and the X-Men. The Sub-Mariner witnesses it all, and decides he and Hulk should team up.

But of course they have to fight first.

Then they realize they are kindred spirits and fight the Avengers.

Also, in this issue, Bruce refers to himself as “Bob Banner.”  Here’s a cool story about how that happened.  Hulk tries to lift Thor’s hammer during the melee. 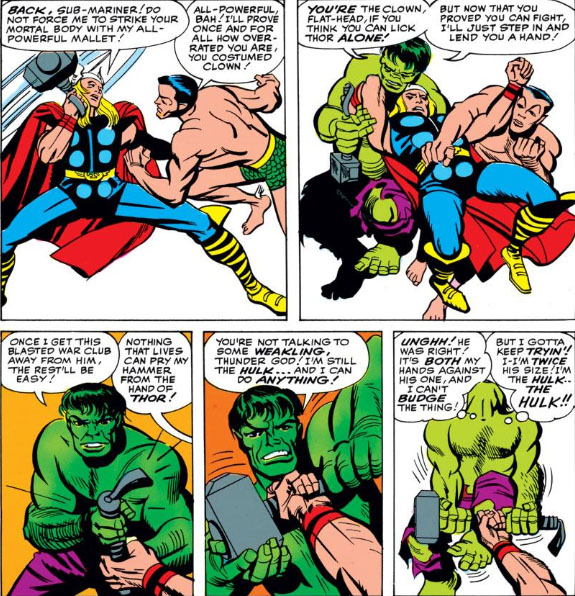 In the end, The Avengers win.

This issue also has the famous “Bob Banner” typo. 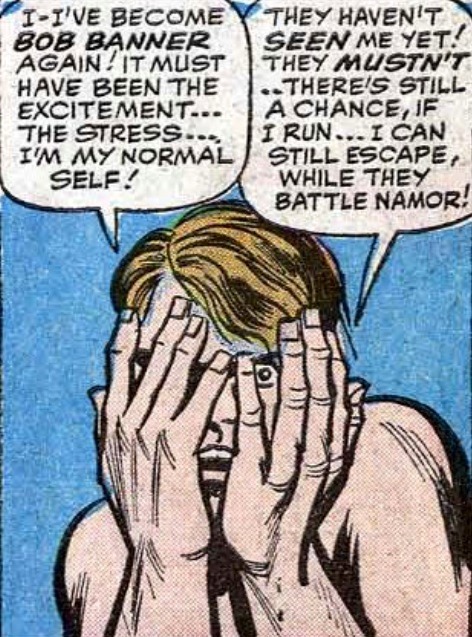