John Byrne, thankfully, didn’t take a long time to reveal that the Guardian who came “back from the dead” isn’t the real guardian—it’s the evil robot Delphine Courtney, who gains control of Omega Flight and is trying to kill Alpha Flight because she was programmed to do that by Jeremy Jaxon, who is now dead and can’t change her programming. 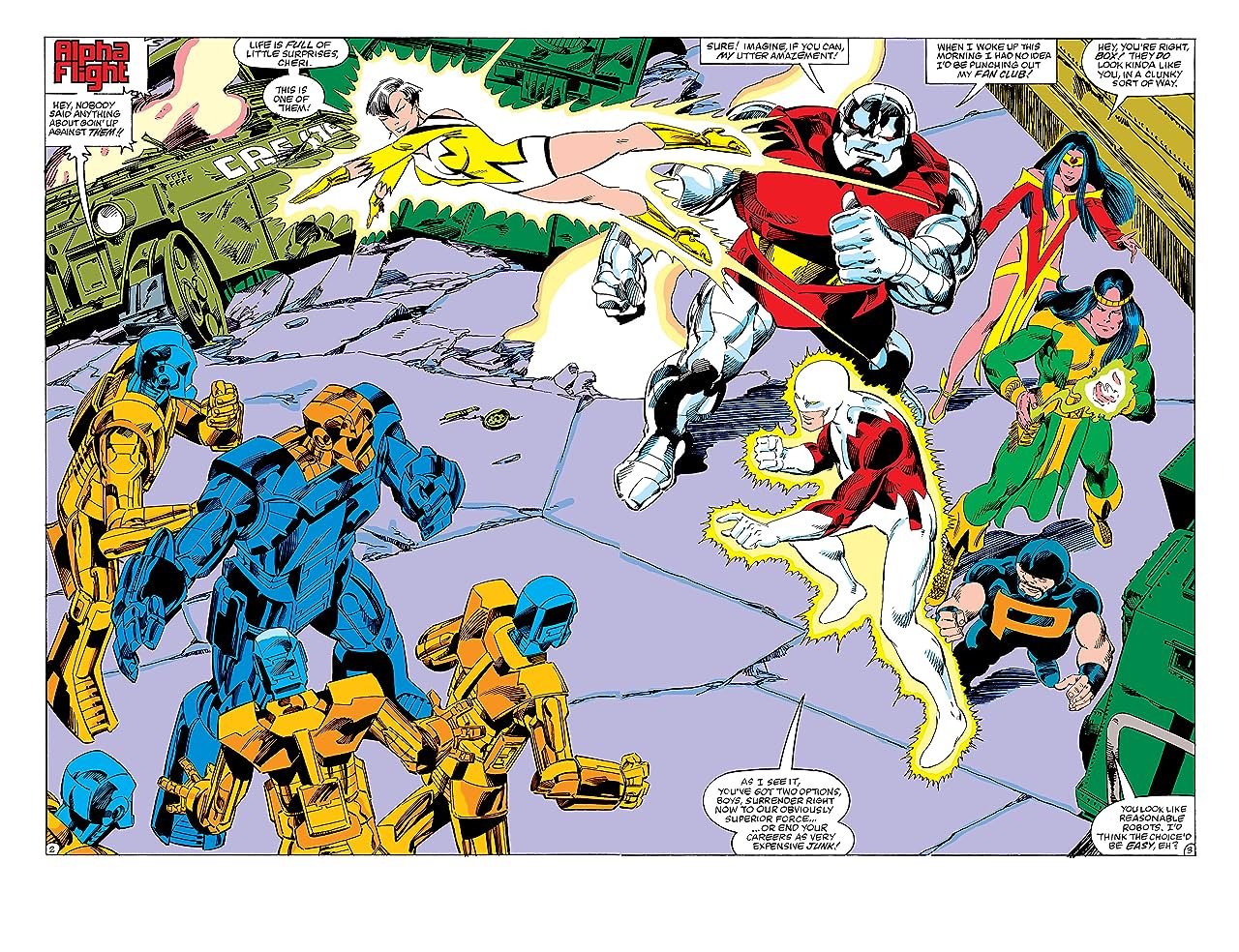 The fights are cool, and during the battles Talisman, Shaman’s daughter, ends up getting sucked into and trapped by Shaman’s own bottomless mystical bag of tricks.  It’s a neat subplot that will be resolved in Secret Wars II #4 (and kudos to John Byrne for making one of the only really “relevant” SWII tie-in books).

Meanwhile, Shaman is trying to find a human body for Walter Langkowski (aka Sasquatch, who is now trapped in the robot body of Box), and goes to the crossroads of reality where Hulk was sent by Dr. Strange.

This will be important, soon.  Very important.