The Invisible Girl gets her new powers–creating forcefields and making objects invisible–and antics enSUE.  Get it?  Don’t like that joke?  SUE me! 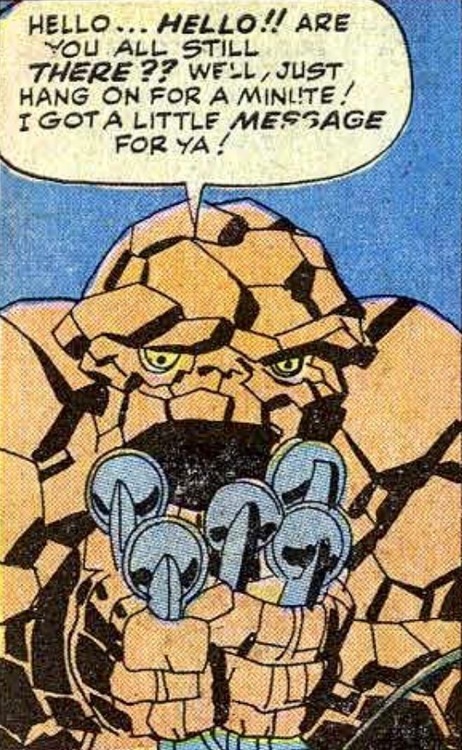 Thing falls down a hole again.

After discovering her new ability, the team tests it.

While performing their tests, they are told that housing their base in New York City is too dangerous. 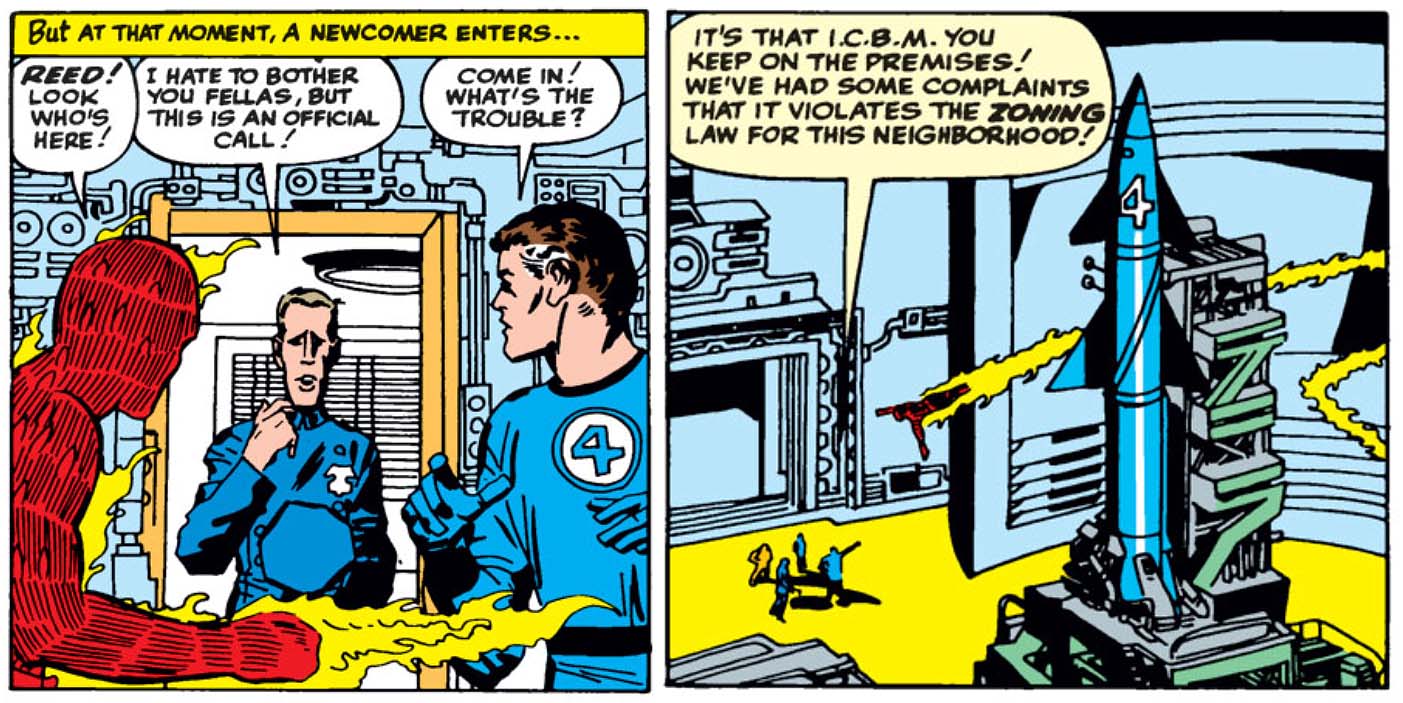 And that’s kinda true.  Also, why do the FF need an intercontinental ballistic missile?

Anyway, they locate an unclaimed island off the coast of New Jersey and check it out as a possible source for a new base.  But it turns out Mole Man is there.

Why does Mole Man need a surface-world island?  It’s not explained.  But he has a plan to bury Moscow and New York under ground, so the FF have to stop him.  The contraption he invented to submerge the cities is instead used to submerge the island, and Mole Man is foiled again.

Oh, and this was also the first appearance of Ben Grimm’s catchphrase…

In other Thing news, he shaves.

This notion, of Thing shaving, would be picked up 20 years later in the pages of Marvel Fanfare… And finally, a young David Cockrum writes in to the mag. 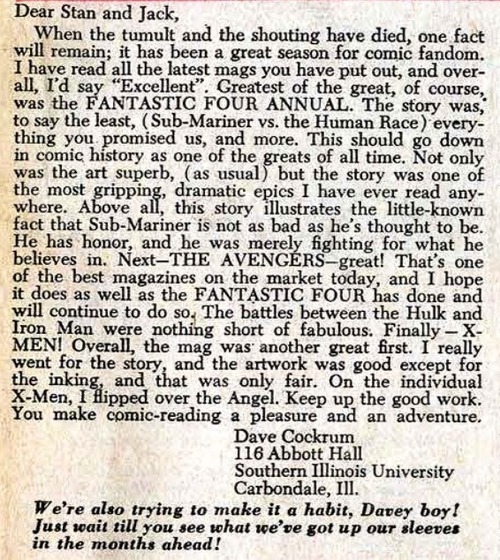 Fantastic Four (complete series), Letters to Comics, Marvel 1964, Mole Man and the Moloids, Thing In A Hole
Tweet Pin It