Okay, so here’s a bonkers set of issues.  There’s werewolves (and Falcon becomes one, giant tarantulas and scorpions, and even mummies…

This is the story that marks the first appearance of Nightshade, who is a Werewolf wrangler hired by Yellow Claw to fight Captain America and The Falcon. I wish I could tell you that Englehart manages to handle the villain Yellow Claw without being racist, but he doesn’t.  I think that’s just the nature of the character. 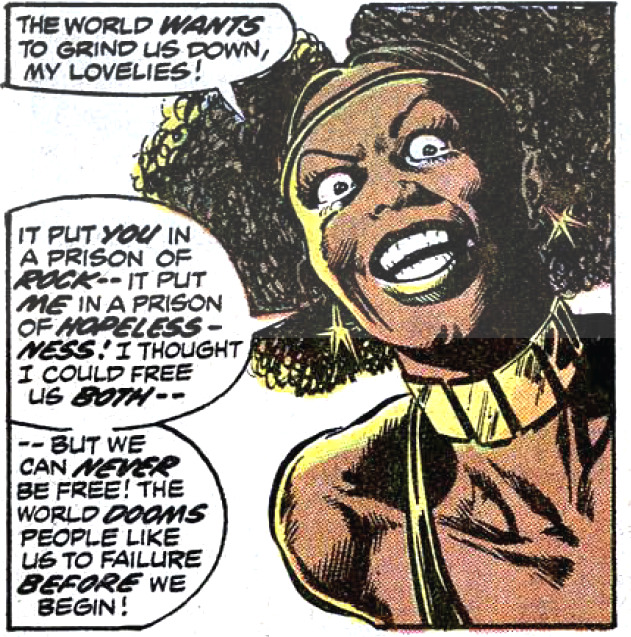 Nightshade is characterized as a stand-in for civil rights issues 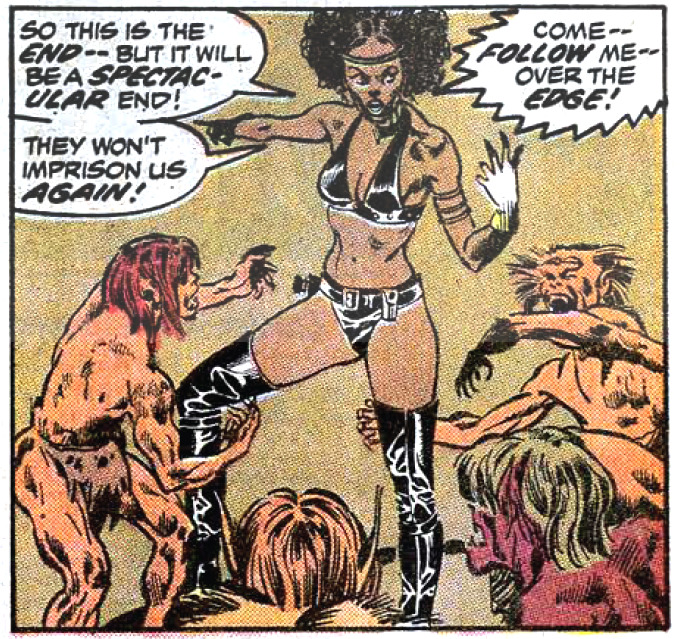 Marvel was really into monster stories in the early 1970s, with a whole line of books about vampires and werewolves and stuff.