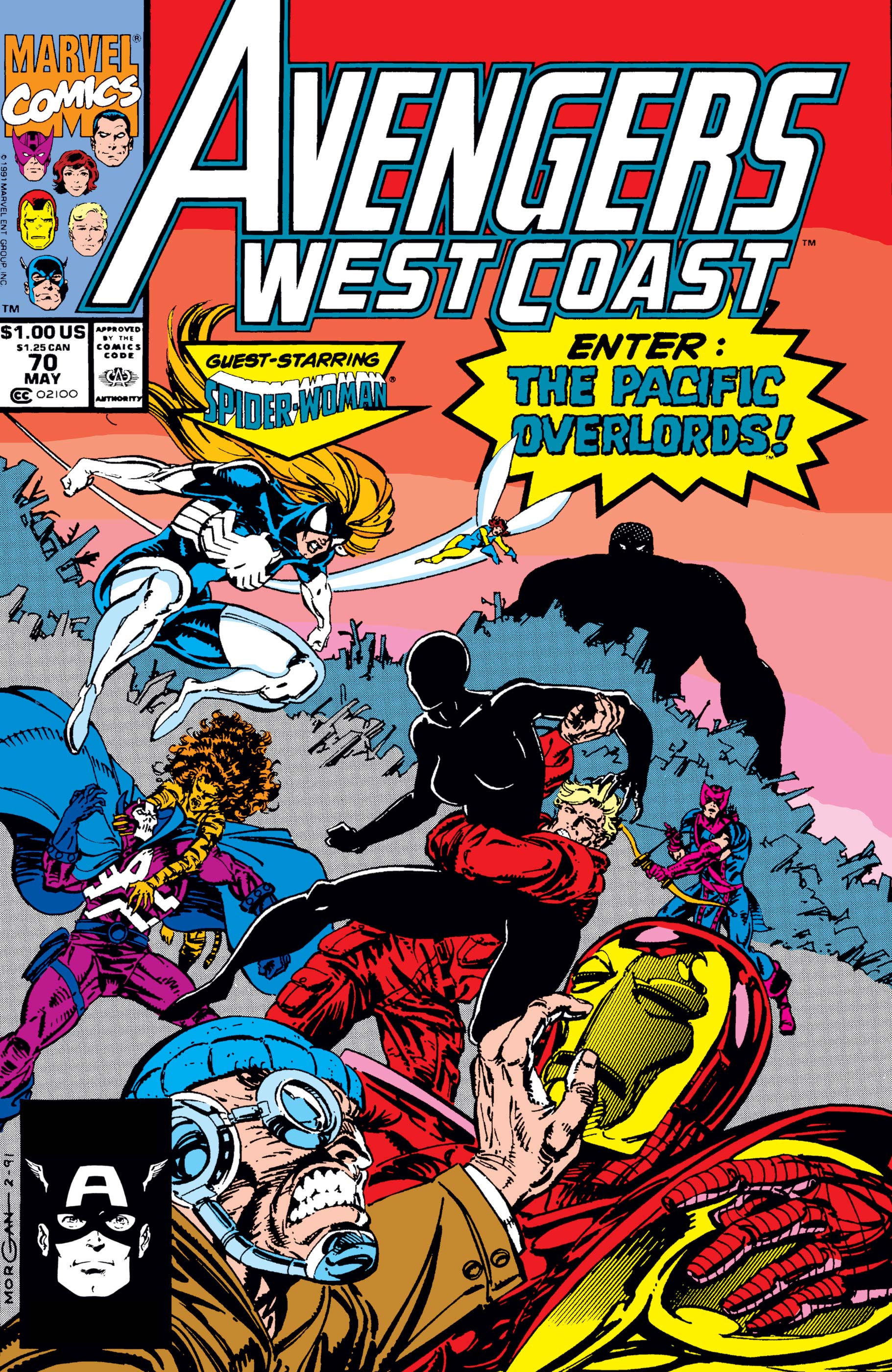 Perhaps to emphasize that Avengers West Coast are California-based, this arc introduces The Pacific Overlords, led by Dr. Demonicus (who, you may remember, was introduced in Godzilla–the licensed comic–and then moved to Shogun Warriors–the toy spin-off comic). He sticks the Avengers in tubes.  So if nothing else, these issues allow me to further populate my “heroes stuck in tubes” collection (see tag below). 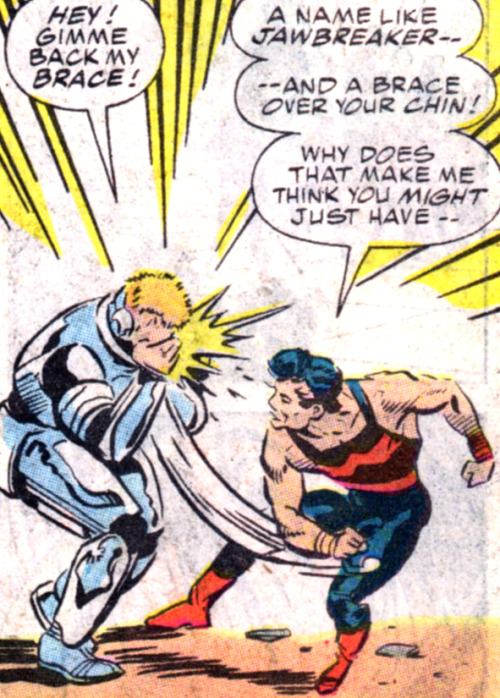 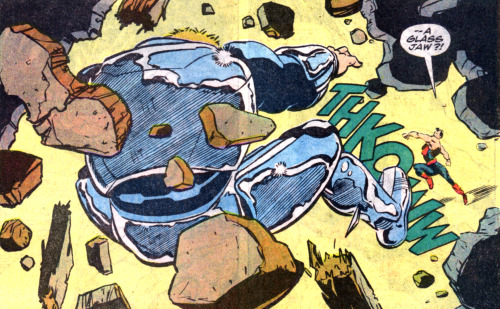 I’ll be mass-tagging guys like Jawbreaker and Irezumi as members of the Pacific Overlords and not individually because they never appear outside of that group, and the Overlords themselves become extinct in a few more issues.

Very awful issues.  Over the course of them, though, New Spider-Woman and Living Lightning become Avengers. 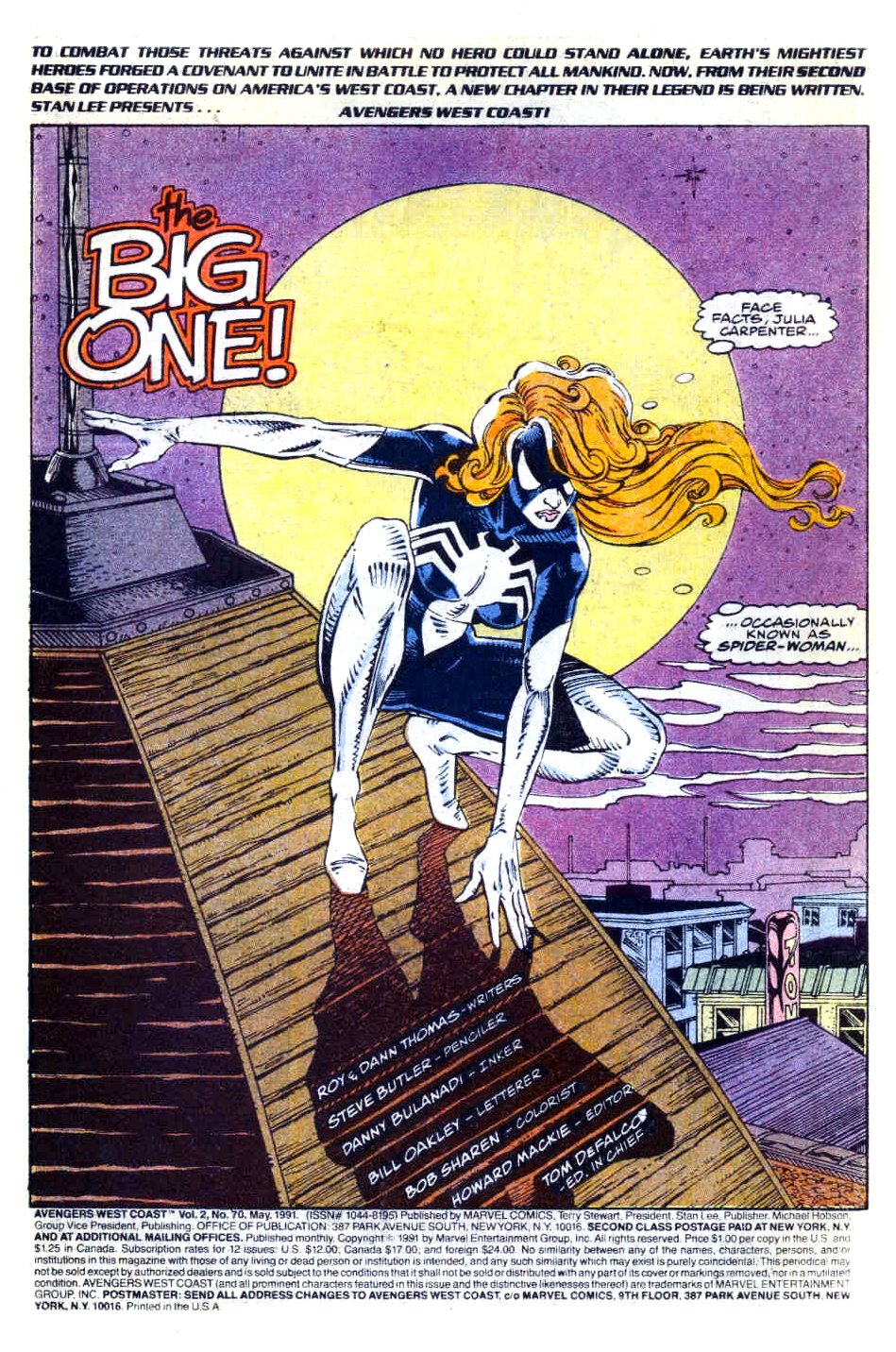 The character development in these issues is also bad.  On the Wasp/Hank side…

…And that is NOT supposed to read sarcastic.  It should.  And it woudl be much more interesting if it did.

If you don’t like how Wasp is treated, Scarlet Witch just mopes about her baby a lot and gets knocked out and/or held hostage multiple times. 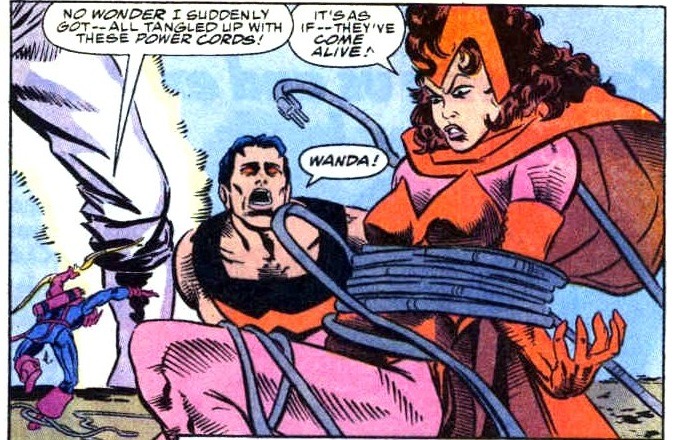 When this title launched, Steve Englehart turned Tigra into a bit of a slut.  She literally slept with half the team and every scene where she had dialog had her saying something about sex.  Then John Byrne came along, and although he didn’t give Tigra much to do he certainly didn’t treat her like that.

Roy Thomas and his wife Dann came on board after that and Tigra was again immediately reduced to a sexpot–and the male Avengers again became stupid for the pussy.  Like Iron Man in the sequence above. Creators: The Thomases and a bunch of artists.  Nobody stays with this book for more than an issue or two.
Grade: F